3800mph Hypersonic Airliners Could Be Around Sooner Than You Think

There has been a recent buzz about the revival of supersonic travel. Several companies are entering a new race to deliver high-speed aircraft. However, along with these exciting prospects, hypersonic flying could also soon be on the cards.

Boeing highlights that it is important to look ahead and analyze what could be achieved in the coming decades. Therefore, it is already conceptualizing its first passenger-carrying hypersonic aircraft.

This concept could have military or commercial applications, and it is just one of a number of hypersonic projections across the globe. Boeing’s engineers are working to develop technology that would enable the manufacturer to be in a strong position for when the market allows these opportunities.

According to a Boeing press release, Kevin Bowcutt, Boeing’s senior technical fellow and chief scientist of hypersonics, said the following about the technology:

“We’re excited about the potential of hypersonic technology to connect the world faster than ever before. Boeing is building upon a foundation of six decades of work designing, developing and flying experimental hypersonic vehicles, which makes us the right company to lead the effort in bringing this technology to market in the future.”

Currently, there isn’t a timeline on the exact date this sort of aircraft will be ready by. However, Bowcutt feels that a hypersonic passenger vehicle could be in the skies in the next 20 or 30 years.

Boeing isn’t the only company working on a high-tech hypersonic solution. There are firms working on flying at or above Mach 5, which is approximately 3,800 miles per hour.

If achieved, a flight to London from New York City would only take two hours. This duration would smash Concorde’s fastest time between the two cities of two hours and 52 minutes. Generally, the flight time on a standard takes seven to eight hours.

Reaction Engines, a company based in Oxfordshire, UK, has recently taken a leap forward when it comes to these speeds. Last year, NBC reported that the firm tested an engine cooling system that could support planes operating at Mach 3.3.

The buildup of extreme heat within engines is one of the most significant challenges in the production of hypersonic aircraft. Therefore, a subsequent cooling system could help aircraft reach Mach 5 or above.

At these levels, temperatures inside an engine can reach 1,800 degrees Fahrenheit. This heat is high enough to melt metal and can interfere with the combustion that generates the propulsive power. So, the pre-cooler lowers the temperature by passing air over thousands of tiny tubes filled with coolant.

Jeffrey Hoffman, an aerospace engineering professor at MIT, said the following about the test:

“It’s very exciting. They’re basically trying something that’s very new, pushing materials to extreme limits, and there’s a lot of unknowns in there.”

According to CNN, last fall, the UK Space Agency announced that it would be working more closely with the Australian Space Agency in an agreement dubbed a world-first Space Bridge. As part of the alignment, the two groups are looking Reaction Engines’ Synergetic Air-Breathing Rocket Engine (SABRE) to help cut the flight time between London to Sydney by 80%. The agencies are targeting the 2030s for operational service.

Breakthroughs in hypersonic travel will primarily benefit military and space flight programs. Moreover, in the current climate, there may not be any immediate urgency for hypersonic passenger travel. However, just like with almost aeronautical feats in the last century, civil aviation will eventually reap the benefits of these sorts of revolutions.

Despite the current downturn in the global aviation industry, there has been talk of supersonic travel making a comeback. This week, Virgin Galactic revealed the initial design of its proposed Mach 3 aircraft. Along with this announcement, a memorandum of understanding was signed with the propulsion specialists Rolls-Royce.

George Whitesides, Chief Space Officer, Virgin Galactic, said that his team envisions blending safe and reliable commercial travel with unrivaled customer experience. The collaboration with Rolls-Royce is part of an effort to develop sustainable, cutting-edge propulsion systems for the aircraft.

Ever since the early days of Concorde, there has been opposition to high-speed travel from environmentalists. Moreover, the aviation industry as a whole has been under scrutiny for its role in climate change over the years. Therefore, companies have been reevaluating the prospect of faster flying with sustainability in mind.

For instance, Aerion is looking to maintain a cautious approach to supersonic travel with the AS2. It says that its aircraft will be designed to incorporate the most advanced aerodynamics and incorporate non-afterburning engines.

Meanwhile, the plane is designed to run on 100% sustainable aviation fuels. This move delivers a net carbon reduction of 80%. Additional Aerion initiatives include planting 100,000,000 trees by 2036 and launching a program to offset all AS2 carbon emissions at no extra cost to the customer.

Even though several of these firms are focusing on supersonic opportunities for the moment, any breakthrough at this level will naturally be a step towards hypersonic travel. These companies will undoubtedly be trying to raise the stakes even further once any achievement is made.

Nonetheless, there has been another update just this week regarding the development of hypersonic aircraft. Georgia-based start-up Hermeus picked up a US$1.5 million contract from the United States Air Force (USAF) to work on a hypersonic plane. The company won this contract after successfully testing a Mach 5 combined-cycle engine prototype in February.

Altogether, there is hope for hypersonic revolutions by the time the 2030s are in full swing. The world will be in a completely different situation by then. Therefore, once the current conditions improve, the projected aircraft could be put to good use.

What are your thoughts about the future of hypersonic travel? Are you excited about the prospects? Let us know what you think in the comment section. 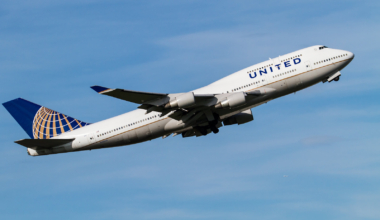 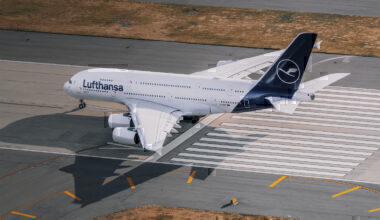 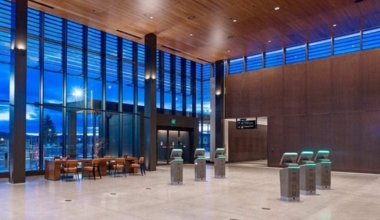