Boeing is now under pressure by the Federal Aviation Administration (FAA) to make mandatory design changes to its popular 737 MAX 8 aircraft. The recent fatal accident on Sunday in Ethiopia and previous crash just months before in Indonesia raises questions about the overall safety of the aircraft. Airlines around the world have grounded the planes in their fleets until the design upgrades are complete.

What changes can we expect?

The 737 is the best-selling aircraft line in the world, and is Boeing’s most popular jet over the past 50 years. Boeing released many versions of the 737 aircraft over its lifetime, including the newest model, the 737 MAX 8. The MAX was built with a bigger engine and designed to be more fuel efficient than previous versions.

The design changes have been mandated for this aircraft amid widespread concerns over the safety following recent incidents.

What changes will we see for the 737 MAX 8? So far, Boeing have confirmed that they have “been developing a flight control software enhancement for the 737 MAX, designed to make an already safe aircraft even safer”.

As well as the software update, they have indicated that there will be a design change for the Maneuvering Characteristics Augmentation System (MCAS). Both the MCAS and the angle of attack sensors have been blamed for the Lion Air incident last year, so undoubtedly these will be undergoing an upgrade as part of the changes.

In addition to the software modifications, Boeing will also implement new training requirements and flight crew manual updates. The FAA states that the updates will “provide reduced reliance on procedures associated with required pilot memory items”. These changes are expected to be implemented by April.

Why are these design changes necessary?

The design changes to the Boeing 737 MAX 8 model are being made mandatory by the FAA due to recent incidents involving the aircraft. On Sunday, a fatal crash occurred on an Ethiopian Airlines flight en route to Nairobi. All passengers on board the aircraft were killed when the plane crashed shortly after takeoff. This incident follows just months after another 737 MAX 8 aircraft crashed in Indonesia, a Lion Air flight, resulting in fatalities to all passengers and crew.

It’s not often that we see two of the same aircraft involved in similar incidents, especially on different airlines. Similar conditions were found in both situations which has raised concerns around the safety of the aircraft. Boeing stands by the safety of its aircraft, and until further investigations are concluded, these safety concerns are just speculation.

In the US, senators have gone on record for proposing an official grounding of the aircraft. Richard Blumenthal, a Democratic Senator, wants planes to be “grounded until the FAA can assure American travelers that these planes are safe.”

With organizations such as the FAA, National Transportation Safety Board, and several national governments involved, it’s only a matter of time before the cause is uncovered and dealt with, so that no more loss of life occurs. 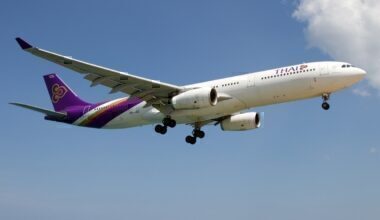 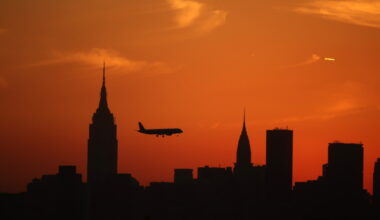