It is now truly the end of an era for Qantas as its last Boeing 747 aircraft left its fleet yesterday. The Queen of the Skies had been with the carrier for nearly half a century, and it helped revolutionize the Australian aviation industry over the years.

At the beginning of the year, Qantas still operated six 747-400s. All of these units were eventually going to be retired before 2020 was over. However, the global health crisis catalyzed the process.

The operator placed an order for four 747-238Bs back in 1967 for US$85 million (US$656 million today). These units were specially modified, giving them the capacity to fly from the United States west coast to Hawaii safely.

According to a press release, the company’s first 747-238 was registration VH-EBA, which was delivered in August 1971. The type would go on to help put Australia on the worldwide commercial aviation spectrum. The lack of suitable long-haul aircraft often meant that the distant country was left out of the loop when it came to global services.

However, the Queen brought so many opportunities for operators based in Australia and helped shape new markets across the country, and its neighbors. Ultimately, for many Australians, the first time heading across the seas would have been on the jumbo.

Additionally, the jet provided a safe journey for hundreds of thousands of migrant families seeking a new start in the nation. Moreover, over the years, it helped transform the airports in places such as Singapore and Hong Kong into vital connecting hubs. In fact, the inaugural Qantas 747 passenger service was from Sydney to Singapore via Melbourne on September 17th, 1971. The flight carried 55 first class and 239 economy passengers.

There were various significant milestones achieved with Qantas’ 747s. The first of these was in 1974 when it evacuated 673 passengers from Darwin when a cyclone hit the city. This operation broke a record for the most passengers on a single aircraft.

Qantas also claims to be the first airline to invent the business class when it introduced it on its 747 aircraft in 1979. The fee for one of these tickets was 15% higher than the standard economy fare. Seats were also larger and had greater legroom than the others onboard.

Along with this, the seats were spread out in pairs, allowing travelers to be no more than one seat from the aircraft’s aisle. Passengers with these tickets also had access to a free bar, a tailored menu, separate check-ins, complimentary headsets, and priority baggage handling.

Furthermore, in 1989 Qantas had set a world distance record for commercial jets when a 747-400 flew nonstop from London to Sydney in just over 20 hours. However, there were no passengers or cargo on the plane during this feat.

The quadjet assisted with several relief efforts over the decades. The versatility of the plane saw it being deployed in the Maldives and Sri Lanka following the 2004 tsunami disaster. It delivered crucial medical supplies and brought tourists home. It was also sent to Cairo to evacuate Australians during the political unrest in Egypt in 2011.

Subsequently, it was fitting that the widebody was involved in rescue missions to pick up hundreds of stranded Australians in Wuhan in February amid the health crisis. These services highlight how trustworthy the type is despite its age.

Qantas Group CEO Alan Joyce said that the 747 changed the face of Australian aviation. Ultimately, it ushered in a new age of lower fares and direct international flights.

“It’s hard to overstate the impact that the 747 had on aviation and a country as far away as Australia. It replaced the 707, which was a huge leap forward in itself but didn’t have the sheer size and scale to lower airfares the way the 747 did. That put international travel within reach of the average Australian and people jumped at the opportunity,” Joyce said, as per the press release.

“This aircraft was well ahead of its time and extremely capable. Engineers and cabin crew loved working on them and pilots loved flying them. So did passengers. They have carved out a very special place in aviation history and I know they’ll be greatly missed by a lot of people, including me.”

He added that time had overtaken the 747, and the airline holds much more fuel-efficient aircraft that provide even better range. For instance, it is using the 787 Dreamliner on its route between Perth and London. The carrier is also planning to use the Airbus A350 for its nonstop Project Sunrise operation to New York and London.

The 747 has been a faithful partner to Qantas for nearly five decades. In total, 65 units of the type have been in the carrier’s fleet. The company experimented across the board when it came to the 747’s variants. The following models were all part of the firm’s holdings.

The world has changed dramatically since the jumbo first took off. However, one thing that had remained constant is the sight of the plane’s famous hump in the skies.

The 747 isn’t the only aircraft causality in recent times. Companies are phasing out other types, such as the Airbus A380, due to inefficiencies. It might make operational sense to deploy focus on alternative solutions, but passengers and airline staff around the world will nonetheless be sad to see the legend go.

What are your thoughts about Qantas’ journey with the Boeing 747? How do you feel about the jumbo rapidly being retired by airlines across the globe? Let us know what you think of the aircraft in the comment section. 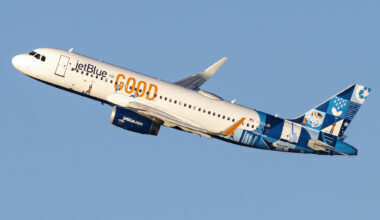 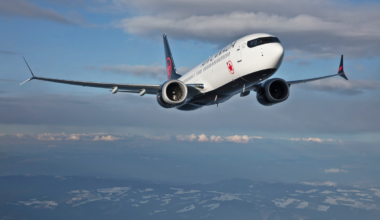 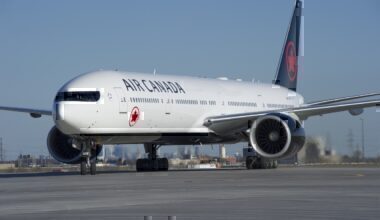