The Boeing 777X has been unable to take off from Paine Field today. Inclement weather has forced the US manufacturer to give up on the maiden flight, wisely prioritizing safety over sticking to a schedule. Hopes are high that there will be a round two tomorrow.

Simple Flying was in attendance for the first flight of the 777X. Here are all the details:

At 10:27 the 777X geared up for takeoff out of Paine Field. Seattle’s weather looked to be passable, after the first flight was previously postponed due to thunderstorms. After a magnificent taxi, the behemoth lined up on runway 34L.

The crowds cheered as the folding wingtips lowered, and everyone thought it was time to wave off the huge aircraft. At one point, as many as 60,000 people were watching the livestream, on top of the seemingly hundreds gathered around Paine Field.

However, at that very moment, the heavens opened and the wind picked up immensely.

Due to the conditions, and Boeing wanting to ensure absolute safety for this first flight, the 777X held at the end of the runway for what seemed like an age, waiting for the weather to improve.

Sadly, it never did. Boeing had a window of opportunity where the necessary permissions to operate the test flight were in place. After two hours of waiting patiently by the runway, Boeing finally had to admit defeat and call off the flight.

Boeing’s 777X is the next generation of the Boeing 777. Previously hampered by delays, this first flight for Boeing comes at the start of a year in which the American manufacturing giant hopes it can turn itself around.

The first flight is clearly ready and waiting to take off, and so there’s no reason for Boeing to postpone things any longer than is absolutely necessary. The problem is, they’ll need to get permission to undertake the test flight from Paine Field, which could be an issue if the airport is busy tomorrow.

You have to remember, Paine Field is a working airport. Numerous commercial airlines operate from there, therefore the airport needs to find a space where the 777X won’t be disrupting any scheduled flights. Boeing had planned the flight path of the 777X to go opposite the flow of traffic, so that it could get up and out of the flight paths as quickly as possible.

Plenty of other issues will need to be resolved before Boeing can attempt to fly its 777X again. However, hopes are high that the test will be rescheduled to tomorrow. Simple Flying will keep you posted.

What’s special about the 777X?

The Boeing 777X is the latest iteration of Boeing’s hugely successful 777 family. Arguably the aircraft’s coolest feature, at least from an aviation enthusiast’s perspective, is the folding wingtips that the aircraft is fitted with. These fold up at airports to cut the aircraft’s wingspan. They then fold back down before takeoff to restore the increased wingspan.

As of the 31st of December 2019, 309 orders for the Boeing 777X have been received. According to the manufacturer, the customer with the most orders is currently Emirates. The UAE flag carrier has 115 aircraft on order. Other orders for the 777X are as follows:

Additionally, Lufthansa has 20 of the aircraft on order. While not the biggest customer by any means, the German flag carrier is the launch customer for the aircraft. The airline’s first 777X aircraft have already seen their fuselage put together in Seattle.

Were you watching the aborted launch of the 777X? Are you hoping to fly on the aircraft once certified and in service? Let us know your thoughts in the comments! 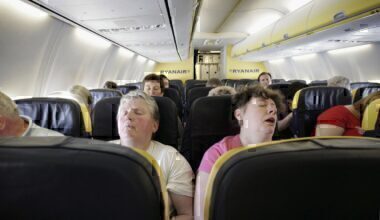 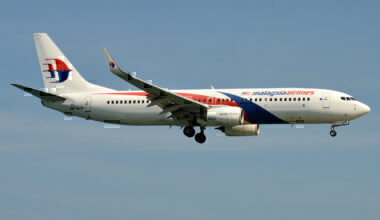