A Busy Week: The Antonov An-225 Will Fly To Asia Then Europe

The world’s largest plane has a busy week in store. Following a flight to Almaty in Kazakhstan today, the aircraft will head to China before going back to Europe. With a relatively niche role, the An-225 usually draws attention wherever it goes, from local spotters and online flight trackers and much more.

The An-225 is a special aircraft. Not only is it the world’s largest aircraft, but it is also the only one of its type. While a second fuselage was started, it was never completed. As an ultra-rare aircraft, the jet always turns heads wherever it flies.

A busy week for the world’s largest plane

The world’s largest plane certainly has a busy week ahead of it. The aircraft is flying from its home base near Kyiv, Ukraine, to Almaty, Kazahkstan. Once it reaches its destination, it won’t rest its wings.

Upon departure from Almaty, the aircraft will continue east to Tianjin, a Chinese coastal city to the southeast of the capital, Beijing. Having visited China, the jet will continue to Istanbul, Turkey. It will then end this itinerary in Linz, Austria, before returning home. According to Antonov Airlines, this is all planned to be completed by October 5th.

On October 1, #AN225 started new series of commercial flights.

Currently, the flight of the aircraft during the period from October 1 to 5 is planned with landing at the following airports: Almaty, #Kazakhstan; Tiandjin, #China; Istanbul, #Turkey; Linz, #Austria. pic.twitter.com/Z4uVcy6vC3

It is unclear what the jet may be carrying, but we know that it is likely incredibly large or heavy due to the profile of the aircraft. The An-225 is typically a last resort if something simply won’t fit into another aircraft. If this is not the case, the smaller An-124 would commonly be used.

Antonov is usually keen to share what it has carried after the flight has taken place. This is especially the case with the An-225, as it has been used to break quite a few records in its time. To date, the aircraft holds 124 world records. The heaviest single thing ever carried by the aircraft was a generator weighing 124,000kg (264,555lbs). On September 11th, 2001, the aircraft broke the record for the heaviest ever payload, clocking in at 253,820kg (559,577lbs).

Read more: The World’s Heaviest Plane: The Story Of The An-225

The aircraft’s maximum take-off weight is listed by ch-aviation.com as 600,000kg (1,322,774lbs). Interestingly, the aircraft is also aging a fair bit by this point. Its first flight was on December 21st, 1988. This means that the jet will turn 33 just before Christmas.

While the aircraft has been racking up the years, it hasn’t been racking up the flight hours. The aircraft is only flown when needed, given its nature. As a result, the jet can spend considerable periods on the ground waiting for its next mission. This means that the jet’s annual usage remains reasonably low. The aircraft also didn’t fly at all between 1994 and 2001. Antonov previously suggested it should have a lifespan of 45 years, meaning it would end up retiring in 2033.

Will you be heading out to catch the An-225 on its travels? Let us know where in the comments! 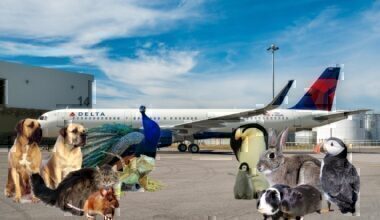 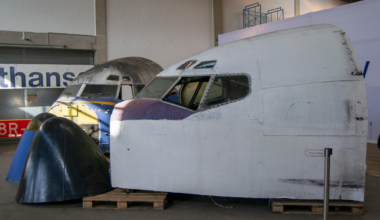 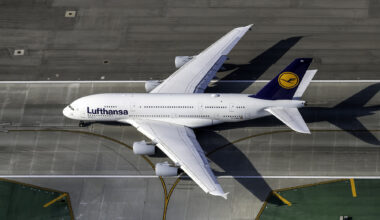 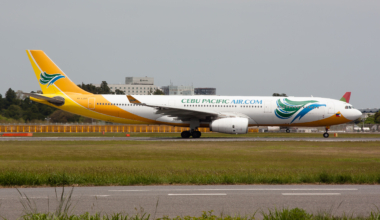 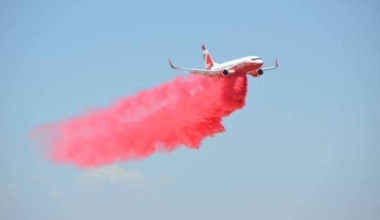 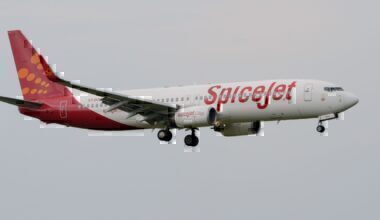