In a recent interview, CEO of Wizz Air, Joszef Varadi, highlighted the difficulties airlines are facing in recovering from COVID-19 due to the disjointed approach to lockdown and restrictions. He believes that a more coordinated approach could have seen a reduced economic impact and a faster recovery from the crisis.

As much as it likes to present a united front, Europe is still very much a fragmented region. Autonomy among the member states has led to a disjointed approach to COVID-19 and is feeding an equally scrappy exit from lockdown too. CEO of Wizz Air, Joszef Varadi, spoke about the fractal nature of Europe in an interview for World Aviation Festival about the missed opportunity for Europe to work together.

“One of the things I would certainly note, from a European perspective, is that Europe has missed an opportunity of being united and being coordinated on this matter.

“[Wizz Air] flies to 45 countries, and every single country has come up with all sorts of measures, but no two countries are applying the same measures. As a result, I think the reaction to the issue is much more harmful, to the detriment of the economy mostly, and we’re high paying a high price for it.”

Wizz is not the only airline that will be struggling to operate in Europe. As various countries relax restrictions, open borders, form bubbles, and work to set up’ air bridges,‘ it’s the airlines operating in this region that need to cut through the requirements and manage their passengers effectively.

At the Wizz results call a week later, Varadi again alluded to the difficulties being presented by the unilateral actions of various European countries. He said that the sheer variety of restrictions across the countries Wizz flies to made it “almost impossible to cut through this jungle.”

Did we do well?

Europe has had an incredibly fragmented response to COVID-19. Lockdowns happened at different times, and easing of restrictions is taking place in a similar manner. While Greece wants to open to British travelers, Brits are unlikely to be heading on holiday when they know they’ll be faced with a two-week quarantine on return.

While that’s one side of the coin, the other is that there have been some amazing moments of solidarity within Europe. Half a million European citizens have been repatriated to their homes, a mammoth effort involving many airlines and governments working together. Indeed, Wizz Air itself has been seen operating flights for repatriation and PPE cargo deliveries during the crisis.

However, this isn’t the first time the lack of coordination has been called out. Spain recently highlighted the issue of some airlines being given billions in bailout money, while others are barely getting any help at all. Now, with the recovery starting to take shape, many airlines are struggling to plan routes and services due to the incredible mix of restrictions being imposed by different governments.

Of course, it’s easy to reflect on the situation and say what we’d have done differently in hindsight, but this is unprecedented. There was no rule book to follow, no prior experience to draw upon, and no right or wrong way to go about things. Varadi summarized perfectly, saying that we need to learn from what’s happened.

“I think there should have been a more coordinated response at a lower cost. But hopefully, we’re going to learn something from this, and next time around will do a better job.”

While we’re all hoping there will be no repeat of a global disaster on the scale of the coronavirus crisis, it has certainly been a learning experience. Whether the world has learned enough is yet to be seen. In the meantime, in terms of both impacts on airlines and global economies, it’s too late to do better now.

Do you think the world handled COVID-19 adequately? Would a more coordinated response in Europe have been a better course of action? Let us know in the comments. 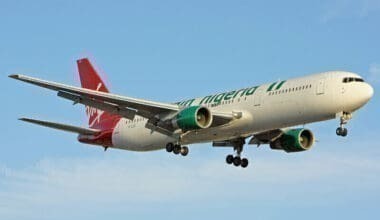 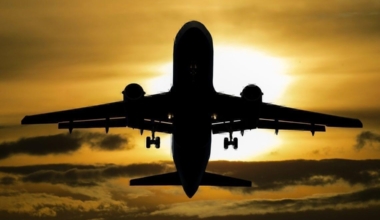