On February 28th, Airbus had the maiden flight of the high-weight version of its Airbus A330-900neo. This variant of the aircraft offers customers greater range and a higher payload weight when compared to the current A330-900neo.

Details of the maiden flight

Airbus announced the successful completion of the maiden flight of this high-weight variant. The aircraft took off from Toulouse and spent about five hours inflight according to data from Flightradar24.

While the aircraft is registered as F-WWCE, the plane itself does not have the standard Airbus A330neo livery. Instead, the fuselage is all-white while the tail has the “neo” painting. For reference, here is the standard A330-900neo livery:

Meanwhile, the high-weight aircraft had just a plain white fuselage.

Simple Flying reached out to Airbus to enquire about why this aircraft did not receive the full livery. Airbus responded with the following comment:

Details of this A330neo variant

The 251t A330neo has a range of 7,200nm compared to 6,550 on the current A330-900neo. Airbus has marketed this variant as capable of flying transpacific routes or flights between Asia and Europe. Aircalin uses the A330-900 on flights to Tokyo while Delta has based them on key transpacific services out of Seattle. Other A330neo operators include Air Mauritius, Azul, Air Sengal, Garuda Indonesia, AirAsia, Citilink, Lion Air, and TAP Air Portugal.

While Airbus declined to cite specific details on customer orders, citing confidentiality, Airbus did confirm that from May 2020, all A330-900s delivered will be 251t capable. But, the 242t version will remain the basic maximum take-off weight variant.

In addition, Airbus has modified the landing gear of this aircraft. With these new modifications, the time-before-overhaul period has been extended from 10 years to 12 years. This two-year extension will help airlines save on maintenance costs.

Could other airlines order this aircraft?

The development and release of this high-weight variant comes at an interesting time. There certainly seems to be demand out there for an aircraft of its size. Airbus recently delivered the last Airbus A330-300 to Aer Lingus. Moreover, several airlines are considering widebody fleet enhancements. Virgin Australia is also examining its widebody fleet.

While the A330-900neo might not be the first aircraft on people’s minds, this variant might be the right aircraft moving forward. Here is the range of the aircraft out of Brisbane:

As the A330-900 can seat anywhere between 260-300 passengers in a three-class configuration, this would be less loaded than the current Boeing 777s operating routes to the US. However, for fleet consolidation, the A330-900 would offer better economics on routes to East Asia and Western Australia from points like Sydney or Brisbane.

In addition, Emirates is still considering the Airbus A330neo. This variant, with more range, could allow Emirates to operate some long-haul, lower-capacity routes that current A380s and 777s (or future 787s and A350s) are just too big for.

Moreover, Starlux Airlines is reportedly considering the A330neo. Perhaps this variant could enable the carrier to expand into other markets where its A350s would add too much capacity.

With this high-weight A330neo recently performing its first flight, the aircraft is expected to be certified in mid-2020. Meanwhile, the smaller A330-800neo will be certified in 2021. This high-weight variant will offer customers increased range and payload, which could make some new routes incredibly appealing.

Which airlines would you like to see order this new A330neo variant? Are you glad to see this aircraft make its maiden flight? Let us know in the comments! 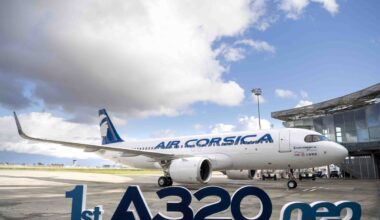 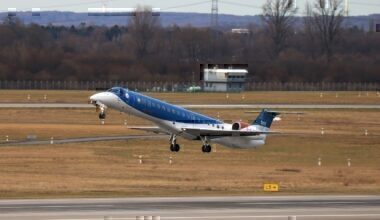