The Value Of Used Airbus A380 Is Falling Fast

The value of used Airbus A380s continues to tumble as airlines move away from four-engine aircraft in favor of smaller more fuel-efficient planes.

In February of 2019, Airbus realized that the demand for the superjumbo was over after the aircraft’s biggest customer Emirates decided to cancel an order for 39 planes. Instead of the A380 Emirates decided that it would be better served by replacing the 615 seat aircraft with 40 A330-900s and 30 A350-900s.

With no other airlines interested in ordering the mammoth jet, and those that already had bought them looking to retire their fleet, the end of the world’s largest aircraft was written on the wall for all to see.

Airlines no longer want the A380

Why the major airlines are not interested in the A380 is understandable, yet you would think that there would be a secondary market in which perhaps the aircraft could thrive.

The first two options that come to mind are tour operators and charter companies. The aircraft is ideally suited to transporting pilgrims to Mecca and would make excellent military transport.

Where we did see the aircraft come into its own was during the Thomas Cook collapse. In the aftermath, the British government used a chartered HiFly A380 to bring stranded holidaymakers home from the Canary Islands.

Despite its intrinsic value as a large transporter of people, the bottom line is that it is just too expensive to operate, which is why a lack of demand is now seeing the price of second-hand aircraft tumble.

The last published price for a new A380 is $445 million, but that is way off the real valuation according to aviation experts.

Valerie Bershova a valuations analyst at Ascend by Cirium says that the price of a half-life A380 built, in 2005 is $77 million, and that an aircraft built last year is $276 million. Both of these figures were written before the coronavirus ravaged the airline industry, so we can assume that a used A380 is now worth even less than the analyst’s valuation.

As for spare parts,  Bershova claims that a couple of early built aircraft recently brought in $80 million per plane, but by 2023 she can see that figure dropping to just $35 million.

Boeing made the right choice

Back in the 1990s when both Boeing and Airbus were staring into their crystal balls, the Boeing 747 was the “Queen of the Skies”. It seemed logical to Airbus that an even bigger aircraft would prove just as popular.

Looking at projected passenger numbers and a limited amount of slots at some of the world’s busiest airports added to the European planemaker’s decision to go big. Boeing, however, even knowing that passenger numbers would increase dramatically, decided that the future was longer-range twin-engine aircraft.

In the end, Boeing has been proved right, with airlines all looking at smaller twin-engine planes that are cheaper to operate and easier to fill. Plus, newer jets like the Boeing 777 and Boeing 787 could fly to many destinations around the world and not just the big airports that had the facilities to handle the A380.

In the end, even Airbus saw the light and came up with the A350 a much more efficient and practical aircraft for airlines to operate.

Could the A380 be reconfigured as a freighter?

With the Boeing 747-400, 84 of the aircraft were converted to be used as cargo carriers simply by installing a large freight door. For the A380 this is not an option as the planes double-decker design does not make a conversion practical.

Today any airline considering keeping the A380 in its fleet must deal with its running costs which are somewhere between $26,000 and $29,000 per hour to operate, which while high, is not bad if you are flying a fully loaded plane. A Boeing 777, on the other hand, costs somewhere around $7,400 per hour and does not have the airport handling issues that the A380 has.

Ok, so let say you want to operate the A380 on a busy route that you know you can fill seats on. Air France had this dilemma with its ten A380s. The trouble was all of them needed their business class offerings upgrading to compete with rival airlines.

When the French national flag carrier crunched the numbers they realized that they were looking at spending around $45 million per plane. Faced with such a bill and given the operating costs, in the end, Air France decided that they would be better off just retiring the aircraft.

The A380 will always remain a firm favorite with passengers but sadly the market for used aircraft will continue to decline as airlines look to the future. 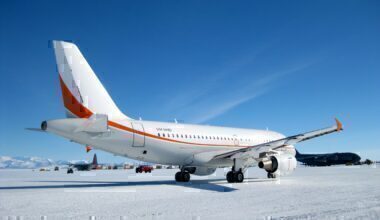 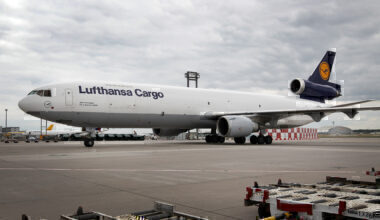 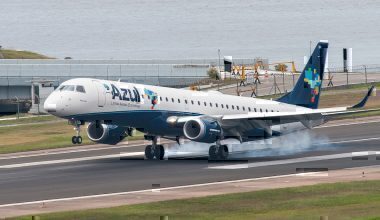