Among its 15 member airlines, Singapore Airlines, Cathay Pacific, All Nippon Airways, and Japan Airlines have already committed to net-zero emissions. Now, AAPA wants to take the rest of its member airlines along for the ride.

“The short-term goal was to achieve a 1.5% fuel efficiency, which has been surpassed. The mid-term goal is an ongoing commitment to stabilizing carbon emissions,” AAPA’s Director-General said. Mr Menon describes the long-term net-zero goal as “challenging” but believes it is achievable.

AAPA says the cooperation of multiple stakeholders, including governments, air navigation services, fuel suppliers, airports, aircraft and engine manufacturers, is necessary if the 2050 goal is to hold firm. The trade organization argues the target is achievable via a combination of technology, operational improvements, sustainable aviation fuels, and a global market-based measure – the ICAO Carbon Offsetting and Reduction Scheme for International Aviation (CORSIA).

Suggesting hydrogen and electric-powered aircraft engines were unlikely to be suitable for most flying in the Asia-Pacific region, Mr Menon says the use of sustainable aviation fuels will be critical to meet the 2050 target.

Most flights in the Asia-Pacific region exceed 1,500 kilometers, ruling out emerging electric and hydrogen engines. Instead, Subhas Menon called for more research and development, subsidies, and incentives from governments and stakeholders to develop commercially viable sustainable aviation fuels.

“The Asia-Pacific region will constitute some 40% of global SAF demand, but production and supply facilities in the region are lacking,” said Mr Menon. “Allocation of sufficient resources
to convert feedstock, like municipal or agricultural waste, waste oils from food production
and other biomass for the production of sustainable aviation fuels will make a critical difference.”

The value of carbon offsets questioned

The AAPA Director-General also says ICAO’s CORSIA is integral to AAPA meeting its new 2050 goal. But the flagship CORSIA plan is under fire from critics who say outside the airline industry, CORSIA is widely panned. Critics say the offsets for sale are so cheap that they have no meaning.

“They’re inexpensive because there are hundreds of millions if not billions of offsets waiting to be brought from China and India,” one person said at Thursday’s media briefing.

Subhas Menon admitted CORSIA was not performing as well as it could be. He attributed that to COVID-19 and fewer people traveling and purchasing offsets. But Mr Menon argues once travel picks up again, so to will the value and quality of carbon offset programs like CORSIA.

“It is the agreed global mechanism for offsetting growth in international aviation CO2 emissions since 2020,” said Mr Menon. “AAPA wholly supports ICAO’s efforts on this front and will continue to encourage States to fully participate in the scheme.” 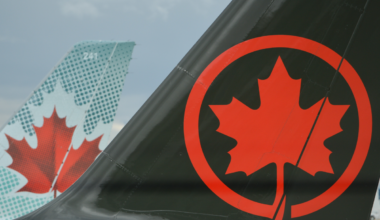 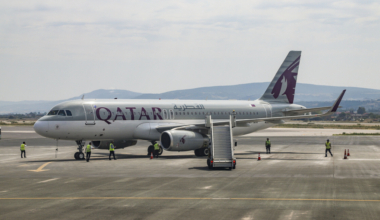