Slovenia’s bankrupt national airline Adria Airways is no longer dead. Its bankruptcy manager Janez Pustatičnik auctioned off its Air Operator Certificate (AOC) and all licenses and permits yesterday. Adria Airways is now owned by Montenegrin businessman Izet Rastoder, dubbed by Slovenian media as the ‘King of Bananas’. He owns one of Europe’s biggest banana import and export businesses, the Derby banana brand. What will the King of Bananas do with Adria Airways?

The auction took place yesterday in Ljubljana, for a starting price of 45,000 Euros. Local media outlet Siol reports that three companies paid the security deposit to participate. One of the bidders was a former Adria Airways pilot.

The auction was proclaimed a success by the bankruptcy administrator, even though the final price achieved was the same as the auction starting price. This means that two of the three bidders did not submit any bids at all despite paying to participate.

The €45,000 ($49,650) offered by the King of Bananas will see his company receive the Adria Airways Air Operator Certificate. This will give him the right to fly anywhere within the European Union.

The auction did not include the brand Adria Airways itself, which will go on sale later.

But not all is over yet. The King of Bananas now has three days to sign the contract, and another month to pay the €45,000. He also needs to acquire operational aircraft before Slovenia revokes the suspension of Adria’s AOC in his favor.

Why the King of Bananas?

Last year, just days after Adria Airways declared bankruptcy, the King of Bananas Izet Rastoder created Air Adriatic. It is now evident that he intended to participate in the resurrection of Adria Airways from the start.

In various interviews in the past few months, the King of Bananas announced his intentions to participate in the auction for the purchase of the Adria Airways AOC.

Several weeks ago there were rumors that he submitted a non-binding bid ahead of the auction. He has since denied this, but the media speculation remained.

The King of Bananas is also rumored to be considering launching a low-cost airline in Ljubljana. As the first case of a bankrupt airline being resurrected in the region, this case will be interesting to follow as it develops.

The future of Adria Airways

Any attempt to establish a new national airline in Slovenia will prove difficult.

When Adria declared bankruptcy, Slovenian politicians announced a plan to set up a new national airline within a year. However, that intention is now well and truly over because European carriers have since flocked to Ljubljana to replace former Adria Airways routes.

At the same time, another Slovenian airline has just launched its first scheduled passenger service, albeit in France. This is Amelia International Airlines, which was Simple Flying’s airline startup of the week in December.

What future do you think the King of Bananas has planned for Adria Airways? Let us know in the comments below! 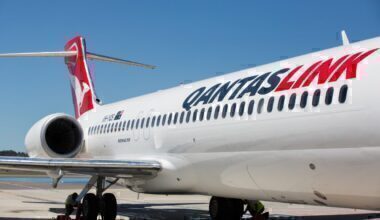 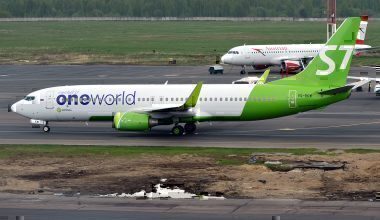