Aer Lingus was due to operate four Airbus A321LRs last summer. However, a delay in deliveries meant that the airline only had one of the aircraft. In fact, to date, the carrier has still only received three of the type.

While still a narrowbody aircraft, Aer Lingus has big plans for the Airbus A321LR. The aircraft is being fitted with lie-flat business class seats. The rows of seating are staggered between a 2-2 and 1-1 layout. This will allow Aer Lingus to operate long haul flights to North America with lower load rates. However, in the remaining time that it is on the ground in Dublin, the aircraft is also being rotated on routes such as London.

However, this expansion overseas has been held back because of a delay with Airbus A321 deliveries. Airbus has announced that following production of the last A380, the production line will be converted to making A321s.

An airline held back

A year ago Aer Lingus announced that it would be rebranding itself. First, the airline revealed a brand new livery last year. However, last week the airline added to this. It revealed its first new uniform in over 20 years at an event in Dublin. It was actually designed by the same person who designed the previous Aer Lingus uniform. The new uniform will be seen onboard Aer Lingus’ A321LRs, alongside other aircraft, from the 10th of February.

The Airline Economics Growth Frontiers conference is currently underway in Dublin. Yesterday we saw a large Boeing 737 MAX customer suggesting that Boeing rebrands the aircraft. This is something previously proposed by US President Donald Trump.

Today it was Aer Lingus CEO Sean Doyle’s turn to speak up. According to Flight Global, he said the delay was holding the Irish flag carrier back. He commented,

“I was counting on having four Airbus A321neo LR aircraft last summer. Instead, we had one. I still only have three – the fourth comes in February.”

FlightGlobal added that Doyle went on to say,

“We would have loved to have grown our capacity a bit more than we did, and unfortunately that delay in production has continued into 2020. We feel held back, we see opportunities being very credible [that we were not able to take advantage of].”

Not the only airline being held back

Do you think Aer Lingus is being held back by the delay? Have you flown on the new Airbus A321LR in Aer Lingus colors yet? What did you think? Let us know your thoughts in the comments! 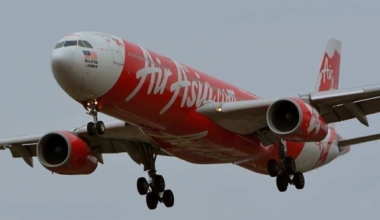