Aer Lingus Visits Manchester Ahead Of Base Launch

Aer Lingus today paid a visit to Manchester Airport with one of its Airbus A321neo aircraft registered EI-LRE. It appears that the aircraft was in the UK to undertake a proving flight with the United Kingdom’s Civil Aviation Authority.

Despite being Ireland’s flag carrier, and part of the same airline group as the British flag carrier, Aer Lingus is set to open up shop in Manchester later this year. However, before it launches these flights, Aer Lingus must secure the necessary permissions on both sides of the pond. This includes obtaining a UK Air Operators Certificate.

A short stay in Manchester

As part of the effort to obtain its UK AOC, Aer Lingus today sent one of its Airbus A321LR aircraft to Manchester for a proving flight. For the flight, the airline used an aircraft registered as EI-LRE. Having been delivered in December, the aircraft is the second youngest in the Aer Lingus fleet behind LRH, delivered a few days ago.

According to flight data records from RadarBox.com, the plane departed from Dublin at 07:51 this morning, landing in Manchester half an hour later at 08:23 as EI2200. Upon arrival, the aircraft taxied up to a gate at Terminal 1.

After a couple of hours on the ground in Manchester, the plane departed once more, this time as EIN1CA, at 10:56. The aircraft flew back to Ireland, but rather than stopping, it made its way out into the Atlantic Ocean at 34,000 feet. It’s unclear exactly where it went as flight data was lost over the ocean at 12:03. However, the plane reappeared just 20 minutes later, having not gone too far.

The aircraft then flew back to Manchester, passing over Northern Ireland on the way back. It landed at the UK’s busiest non-London airport at 14:22. At 16:00, the aircraft departed Manchester, landing back at its Irish home at 16:50 after a go-around on landing.

It is already possible to buy tickets for Aer Lingus’ planned flights to the United States. However, this is only the case if your journey originates in the United Kingdom. A message on the carrier’s website when booking such tickets states,

“Flights operated by Aer Lingus (U.K.) Limited from Manchester to the United States are for United Kingdom originating traffic only. Sales are not available to persons in the United States. All flights subject to government approval.”

The new Aer Lingus routes from Manchester to the US are only for sale in the UK so far because the carrier is not yet licensed by the CAA. These test flights are needed to complete the certification so the DOT will allow sales in the US. https://t.co/hCk7gANVwc

According to aviation journalist Seth Miller on Twitter, these test flights will hopefully enable the certification that the Irish carrier needs to sell the flights to traffic originating in the United States. It will be up to the DOT to ultimately decide whether or not to allow the flights.

Are you excited to see activity related to the launch of Aer Lingus’ UK flights? Let us know what you think and why in the comments. 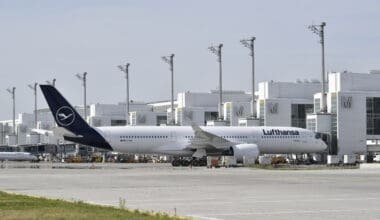 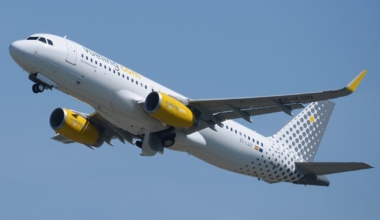 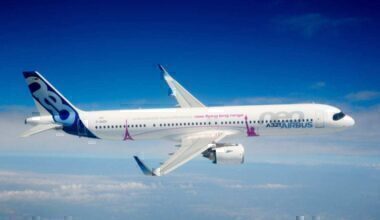 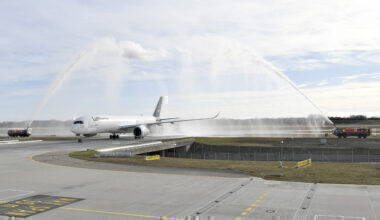