An issue with the flaps and slats on an Aeroflot Boeing 737-800 saw the aircraft held in the air for an hour on the weekend. Coming into land at Krasnodar, the Boeing’s flaps and slats remained retracted, causing the plane to go into a holding pattern while the pilots attempted to sort out the issue.

A report concerning the incident on Sunday, March 28, was published in The Aviation Herald. That report says the Boeing 737-800 (registered as VP-BZB) was flying from Moscow’s Sheremetyevo Airport to Krasnodar with 149 onboard. The plane was on descent into Krasnodar when the pilots aborted and went into a holding pattern, reporting a problem with the flaps.

Tracking database RadarBox.com shows the aircraft departed Moscow at 15:21 local time on Sunday afternoon. Krasnodar is approximately 1,200 kilometers south of Moscow.  Flying time is normally just under two and a half hours. The aircraft appeared to climb normally to its cruising altitude of around 33,000 feet.

According to The Aviation Herald, when the pilots tried to deploy the flaps and slats on approach into Krasnodar at about 3,000 feet, they struck trouble. The pilots stopped the descent, and the plane went into a holding pattern for about one hour while the pilots tried to resolve the issue, including attempting to deploy the flaps via the backup. Images from RadarBox.com tracking show the aircraft repeatedly circling just to Krasnodar Airport’s northeast.

However, the pilots could not get the flaps and slats out and working. The decision was made to land without using them. The Boeing 737-800 reportedly landed safely at 18:15 local time at a speed of 176 knots. There were no reported injuries.

The Boeing 737-800 is only seven years old. This is the first recorded incident against the aircraft. However, there have been several other noteworthy incidents at Aeroflot so far this year.

In mid-January, an Aeroflot Airbus A330-300 had an issue with the brakes when landing in Moscow. Later that month, another Aeroflot Boeing 737-800 was heading into Moscow’s Sheremetyevo Airport on an ILS approach when it experienced a high sink rate that caused a low terrain, pull-up alarm.

The third aborted takeoff involving an Aeroflot aircraft this year also occurred on the weekend. An Aeroflot Airbus A330-300 was departing Vladivostok en route to Moscow when the pilots aborted the takeoff due to an engine failure. The Airbus was traveling at about 80 knots when this occurred. That flight was already delayed eight hours. The delay was possibly linked to a maintenance issue that was then linked to the engine failure.

Three days after the flaps and slats incident, the plane involved, VP-BZB, remains on the ground in Krasnodar. 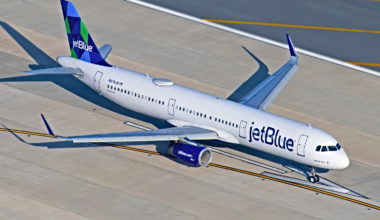 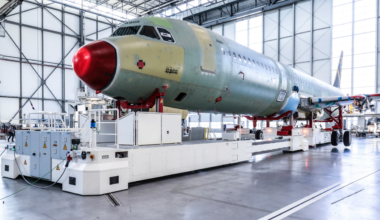 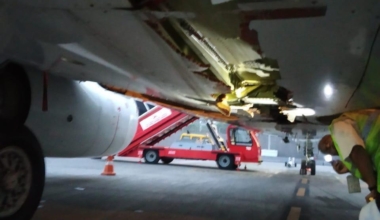