What Caused The Aeroflot SuperJet Crash?

An interim report into the events leading up to the catastrophic crash of a Sukhoi SuperJet in Moscow has been released. The accident, which claimed the lives of 41 individuals, has previously been blamed on a lightning strike, but now it seems pilot error is at the heart of the investigation.

Following the catastrophic crash landing of Aeroflot flight 1492 on May 5th, speculation has abounded about what caused the accident. With the SuperJet not having the best safety record in the world, and various accounts of depressurization issues, the world was waiting to hear the results of the post-crash investigation.

Now, the Russian Ministry of Transport has released some initial findings on the accident, which shed some more light on the events leading up to the massive fire and loss of life. We report on these details, as originally described by the Aviation Safety Network.

According to reports, the aircraft took off as normal at 18:03 from Moscow’s Sheremetyevo Airport, bound for Murmansk, Russia. Visibility was said to be good, although there were some cumulonimbus clouds at around 6,000 feet close to the airport.

As the aircraft began its climb from the runway, the flight crew engaged autopilot as normal. At around 8,900ft, at 18:08, there was a failure in the electrical system of the aircraft. Although only 30km away from the airport, the plane was entering an area of thunderstorm activities.

The captain was unable to communicate with the approach controller, although he managed to make contact with the base using UHF radio. He took manual control of the aircraft and began to squawk 7600 – meaning loss of radio communication.

Turning back towards the airport, the plane overshot the centerline on its initial approach. Turning around in a circle, it began its approach again, heading for runway 24L. Flight data shows that flaps were set to 25 degrees, which is the correct setting for an aircraft of this type landing overweight, as it would have been with a full tank of fuel.

As it began its approach, the squawk changed to 7700 for emergency, timed at 18:26 with the aircraft at around 1,000ft and descending. At this time, the windshear warning system went off five times. The warning stated, ‘Go around, windshear ahead’.

Bounced to a height of six meters

The aircraft continued its descent, and at a height of 180fl the TAWS warning sounded ‘glide slope’. At this point, airspeed increased to 170 knots. This suggests that the nose was pushed down, and the airspeed increased for reasons unknown.

At 18:30 the aircraft was coming in to land, but it was not going well. It overshot the landing threshold by around 900m, maintaining a speed of 158 knots. When it touched down, nose gear first, the g-force was measured to be the equivalent of 2.55g, causing a bounce to a height of around two meters.

Two seconds later, the aircraft touched down again, this time landing hard on the nose gear with a vertical force of 5.85g. This time the bounce was massive, estimated to be to a height of six meters. This bounce was clearly visible in the videos seen of the incident.

UPDATE: The death toll from Aeroflot #SU1492 has now been revised to 41.

New footage appears to show the external fire was caused by a second heavy touchdown (some reports say third or more), suggesting the reason for the emergency return may be unrelated to the resulting blaze. pic.twitter.com/t5eKyP9euc

The third and final landing of the aircraft, from such a height, brought a vertical overload of at least 5g. At this point the aircraft was still travelling at 140 knots. The huge bump with which it crashed to the runway ruptured the wing structure and fuel lines.

The aircraft proceeded in a ball of flames, with fire engulfing the entire rear of the aircraft. The SuperJet finally came to a halt on grass between runway 24L and a taxiway.

The fact that the squawk was changed to 7700 on approach to the airport suggests that there was more going on than just a simple electrical fault. The captain chose to ignore the windshear warning too, which indicates a sudden, drastic change in the speed or direction of the wind. Clearly, he was desperate to get the plane back on the ground as quickly as possible.

Speculation suggests that the ‘electrical fault’ knocked out the autopilot, and that the pilots couldn’t control the landing properly without it. The Mail reports that Captain Denis Evdokimov had reportedly never landed jet without autopilot on.

Autoland systems are widely used to guide aircraft onto the runway using lines on the tarmac for guidance. Aviation expert and former designer at Sukhoi Design Bureau, Vadim Lukashevich is reported to have told the Mail,

“To my knowledge, the commander of the aircraft Denis Evdokimov who has flown over 1,400 hours on SSJ-100 had never landed in Direct Mode (fully manually). They were landing normally, with a glide path but they pushed the nose down and increased the speed before landing. It was lucky that the front gear didn’t break. If that happened, the consequences would have been even worse.”

So far, emergency services have been deemed to have arrived at the crash within specified time limits, although many think that more passengers could have escaped if people weren’t stopping to collect luggage. The full investigation into the cause the crash that killed 41 will be some months in coming. 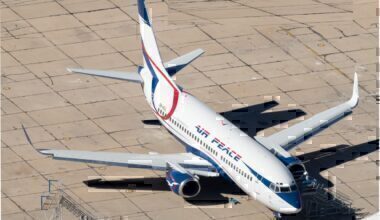 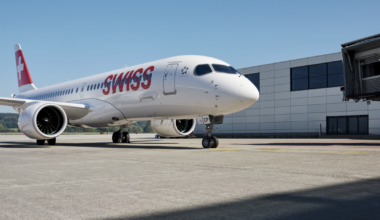 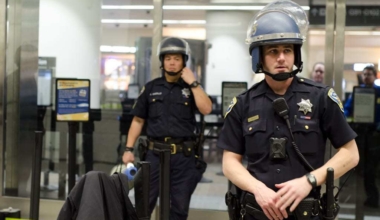 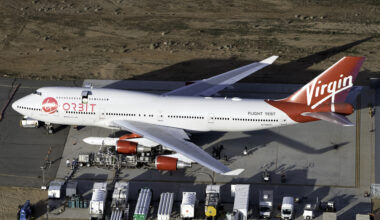