Grupo Aeromexico has ten Boeing 787-9 aircraft in its fleet. The Mexican carrier is currently using this fleet on flights to six international destinations and one domestic (Cancun). Simple Flying had the opportunity to fly onboard one of these airplanes, registration N438AM, while on the route between Mexico City and Bogota, Colombia. Here’s what we thought.

Aeromexico can carry 274 passengers onboard its Boeing 787-9 Dreamliner. It has 36 Premier class seats, 27 in AM Plus with extra pitch, and 211 in economy. We were onboard the latter in a 3-3-3 configuration.

Despite being in economy, the pitch between seats onboard Aeromexico’s 787-9 fleet is pretty impressive. There was more than enough legroom (for me, at least, a 5’7″ person). The flight to Bogota lasted under four hours (plus one extra hour on the apron due to Mexico City’s Airport congestion), so it wasn’t a challenging experience.

Mexico and Colombia are some of the few countries around the world not to have any travel restrictions whatsoever. In the midst of the COVID-19 pandemic, that may sound problematic, as there could be a lack of rules perception (but also reminds us how it was to travel back in the far-away year of 2019). Nevertheless, Aeromexico maintained strict health procedures while onboard.

Everyone must have a face mask at all times. Moreover, Aeromexico suggests changing your face mask for a new one every two hours. The cabin crew also wears a face cover on top of the face mask.

The only moment the passengers can remove their facemasks is during food service. Once it ends (and Aeromexico announces when it finishes), everyone must put them back on. Additionally, the crew took a few minutes to disinfect the bathrooms after the meal.

Every so often, the airline reminds the passengers of the travel procedures. Aeromexico also asks them to come forward if they feel any COVID-19 related symptoms.

Aeromexico’s flight AM761 departs in the morning, so the cabin crew offered breakfast. There were two options: scrambled eggs, cheese, and spinach, or french toasts with apple. Both options had fruit and yogurt included. The cabin crew also offered a beverage (coffee, juice, water, soda, or alcoholic drinks were available) during and after breakfast.

The onboard entertainment system was good, considering the length of the flight. There is a good selection of movies and TV shows, with something for everyone’s taste.

Moreover, Aeromexico offers free WiFi for messaging only and packages to surf online through the flight. The free WiFi works perfectly in a flight like this (I’ve previously used it as well while flying to Madrid and had a few connectivity issues at times, although it is understandable when you’re flying in the middle of the ocean).

Aeromexico using the 787-9 on the Mexico City-Bogota route is something that happened only because of COVID. In 2019, the airline flew this route with its narrowbody fleet.

It is very comfortable to fly such a short route (three hours and 40 minutes is definitely a short flight) with a widebody.

Nevertheless, we don’t know if Aeromexico will keep on using the Dreamliner on this route indefinitely. Maybe at some point, when it recovers its long-haul connectivity, it will come back to the 737.

Have you flown onboard Aeromexico’s Dreamliner fleet? How was it? Let us know in the comments. 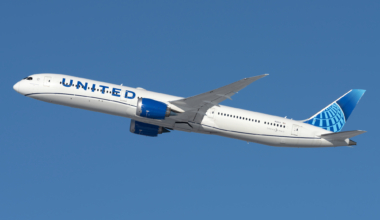 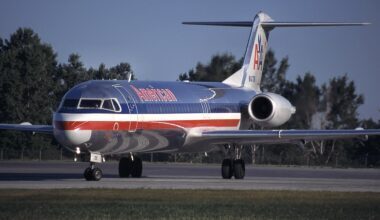 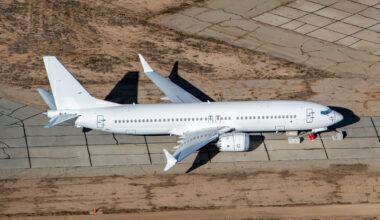