As some European countries begin to lift their strict lockdowns, airlines are looking at resuming grounded services. The latest announcement from Air Belgium, released today, is that it hopes to re-start services on June 24th, after the government lifts a travel ban.

Delaying the re-start of service

Air Belgium previously announced that it would re-start services on June 3rd. However, in an update made via its website on May 13th, it has delayed this until June 24th.

This comes as the Belgian government announced a travel ban until June 15th. Currently, Belgium has closed its borders for all non-essential travel (both air and land), and only a few flights have been operating. Air Belgium has been grounded since late March.

“According to our latest analysis and current known parameters, the most realistic option would be to resume our scheduled flights as from Wednesday, June 24th 2020.”

Flying to the French Caribbean

Air Belgium is a small airline, based at Brussels Charleroi airport. It operates flights from Brussels to Martinique and Guadeloupe. It previously flew to Hong Kong and has had plans to start flights to China. Hong Kong flights were suspended in 2018, and the airline has since focussed on the Caribbean, as well as charter operations.

Its operations to the Caribbean had been doing well (better than its Hong Kong attempt). Just before the coronavirus crisis and grounding of its fleet, Air Belgium announced expanding its service. It planned to increase both Martinique and Guadeloupe services from once to twice weekly. It has confirmed in its most recent update that both these routes are a priority to re-start, but not their frequency.

It is also not clear yet what restrictions will be in place for arrival into Martinique and Guadeloupe. Restrictions may be lifted in Belgium, but with just these two routes, Air Belgium is also dependant on the French government rules for these regions. It explained this on its website:

“Rest assured that we continue to fully cooperate with the concerned Regions and airports at destinations in order to gather as much assurance and information possible. To this day, the competent Authorities have not yet formally confirmed what will be the resumption conditions and mandatory measures to be taken.”

Like all airlines, Air Belgium is facing difficulties during the COVID-19 pandemic. Its CEO Niky Terzakis has called on the Belgian government to provide support for the entire industry. In reporting on Belgian website Aviation24.be, he is quoted as saying:

“Air Belgium, like the other airlines, wishes and calls for financial help from the Belgian government. Support matter cannot be limited to save a specific airline but it should apply to the whole Belgian commercial aviation industry: airlines, maintenance outfits or suppliers.”

Perhaps if Air Belgium can re-start these two services as planned in June, it may avoid such cuts. But with just two routes and competition from other airlines which may attack its lower pricing model, it could be difficult times.

Simple Flying contacted Air Belgium for further comment on this announcement to delay services but had not heard back at the time of publishing. 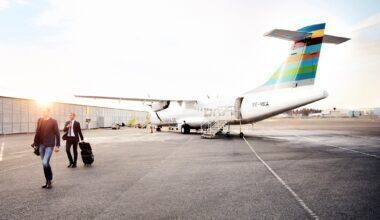 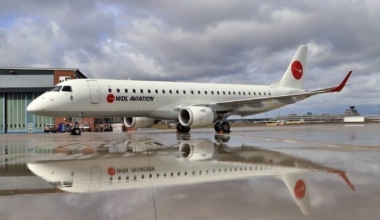 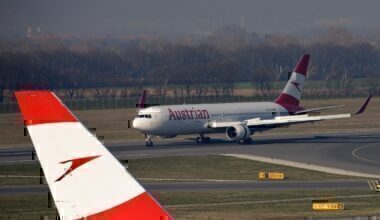