Air Canada 777 Hits Airbus A321 Spinning It On The Spot

Earlier this week, two Air Canada jets enjoyed a new year’s high-five, as a Boeing 777 clipped the tail of an Airbus A321 while maneuvering at Toronto Pearson Airport. The collision led to the A321 performing an elegant pirouette on the spot, as it is dragged around in a circle by the force of the larger plane. Both aircraft are undergoing repair; no passengers were on board at the time of the incident.

An Air Canada Boeing 777 clipped its smaller fleet-mate, an Airbus A321, as it was moving on the apron at the airport. The larger plane’s wingtip struck the tail fin of the Airbus, causing it to spin right around on the spot. A bystander caught the incident on camera:

Update INCIDENT An Air Canada Boeing 777-300 (C-FIUL) struck a parked AC Airbus A321 (C-GJWO) while being towed. Caused significant damage to the A321 tail now being replaced. The 777 wingtip has been repaired. Both aircraft seen in this photo. https://t.co/UO6z5CLrYz pic.twitter.com/WIkVuRNcJv

Yesterday, it was reported by Tom Podolec that the Boeing 777-300 has been repaired and is ready to return to service. However, it’s also reportedly in line for a C Check, so may not be seen operating revenue flights for some time yet.

Update INCIDENT Air Canada Boeing 777-300 that struck the tail of an Airbus A321 now parked outside the hangar in Toronto. Wingtip has been repaired. It’s now back in service however it was scheduled for a C Check prior to collision. Possibly ferry to Singapore for that check. pic.twitter.com/kBnvDh12Ti

The A321, however, has some extensive damage to its tail and is unlikely to be in service for some time. Air Canada provided a statement to the UK’s Independent paper, saying,

“The incident occurred during the towing of a Boeing 777 at Toronto-Pearson on December 27, when the aircraft came into contact with a parked Airbus A321 stationed on the tarmac, away from the terminal.

“Both aircraft were empty at the time and there were no injuries. We are investigating the incident. The Boeing 777 has since returned to service and the A321 is being repaired.”

Neither aircraft was thought to be carrying passengers at the time of the incident.

Although relatively uncommon, incidents involving aircraft colliding on the ground are not completely unheard of. Earlier this year, a taxiing easyJet A320 was hit by a KLM plane as it was pushing back from the stand at Schiphol Airport in Amsterdam. Both aircraft were damaged in the incident.

Back in April, a Virgin Atlantic 787-9 collided with a Turkish Airlines A340 at Johannesburg Airport, and in March two Southwest Airlines aircraft clipped wingtips at Newark, leading to major delays for passengers.

Numerous other ground based collisions have been reported over recent months, usually minor and often when aircraft are under tow. Congested airports and pressures on airlines to achieve ever tighter turnarounds could be leading to an increase in the number of these accidents. Alternatively, it could simply be that, thanks to the proliferation of smartphones and social media, we’re just getting to hear about them far more frequently.

Have you ever seen an accident on the ground at an airport? Let us know in the comments. 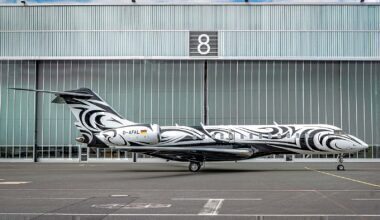 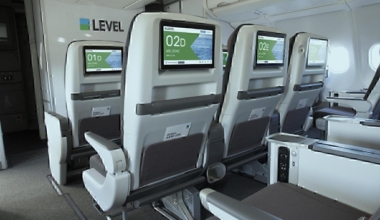 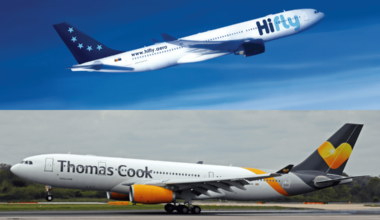 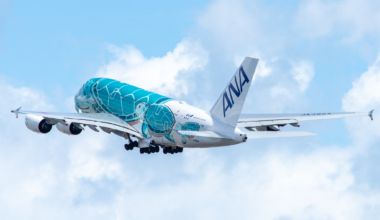 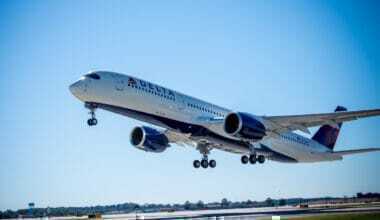