After my very enjoyable time at the Air Canada Maple Leaf Lounge London Heathrow, I walked downstairs for the boarding gate. Boarding was already well underway despite it being just about the time printed on my boarding pass. 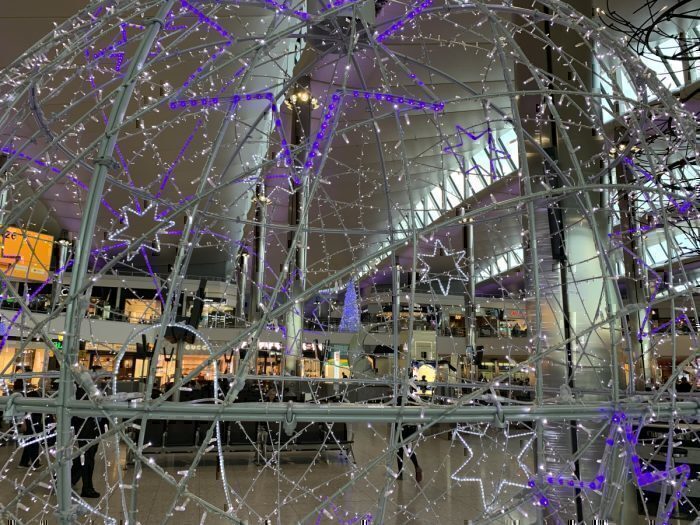 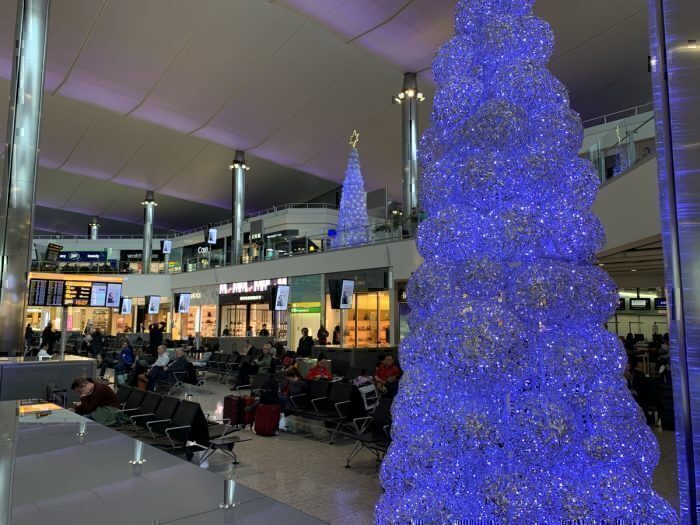 Business Class was 100% full and it seemed I was the last passenger to take their seat. Almost everyone was entrenched in laptop work – boy I hoped that the WiFi would (still) work fast!

Air Canada uses its own version of the herringbone seat design. I flew a similar version in the 787 a few weeks ago. It’s loosely based on the Cathay Pacific mini-suites, but there is much less room for passengers to enjoy. However, as long as you sit upright or just ‘lounge’, the difference is rather small. It became apparent while trying to sleep though. 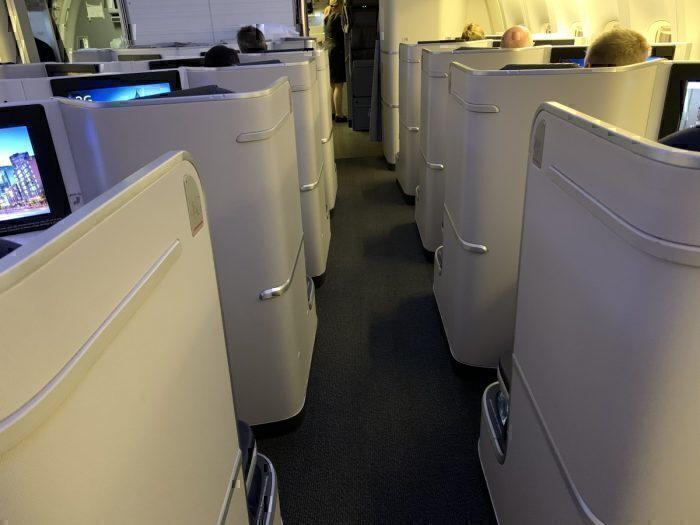 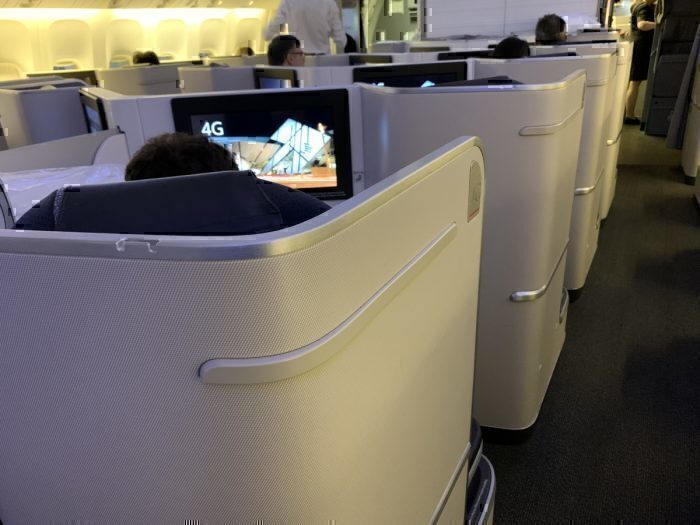 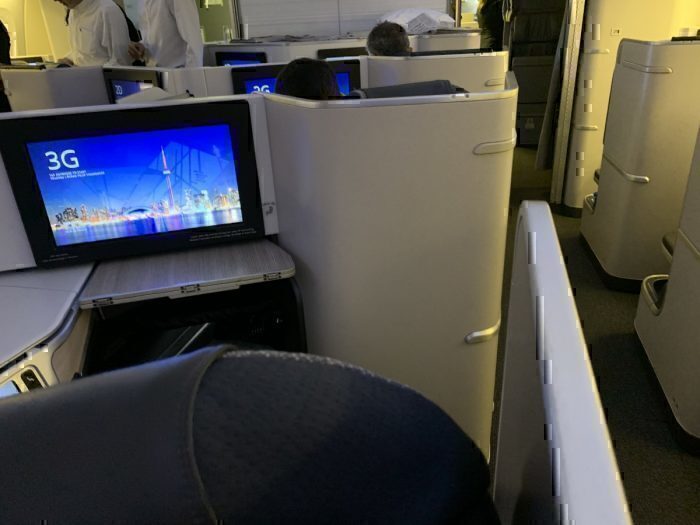 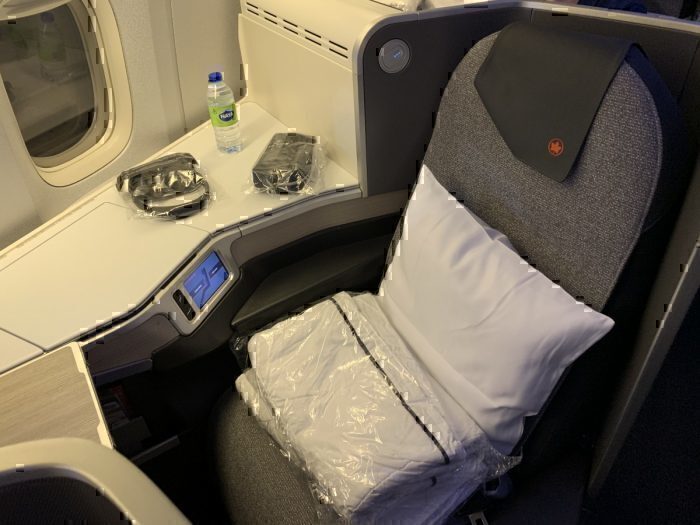 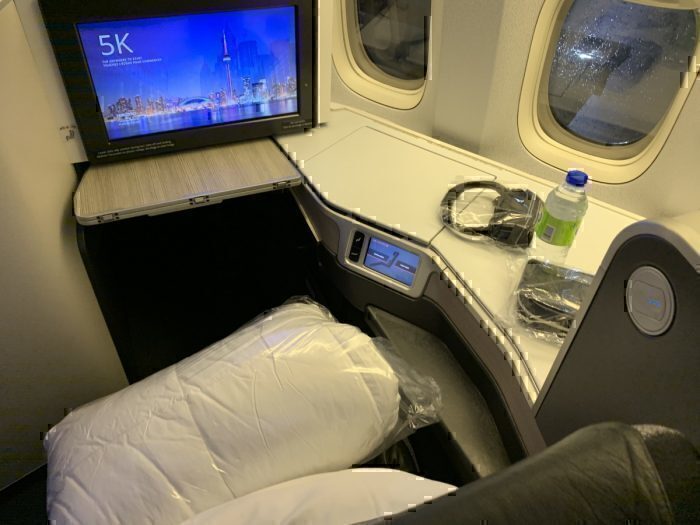 Try Mighty Travels Premium for free for 30 days and learn how you can travel in Business Class and stay in 5 Star Hotels for very little. 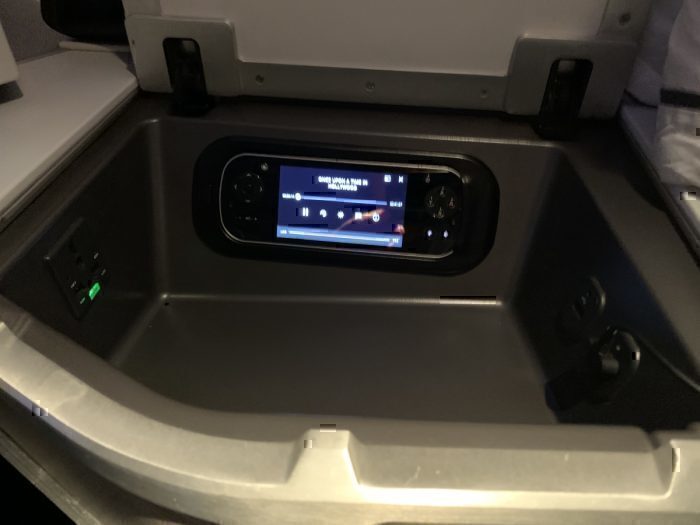 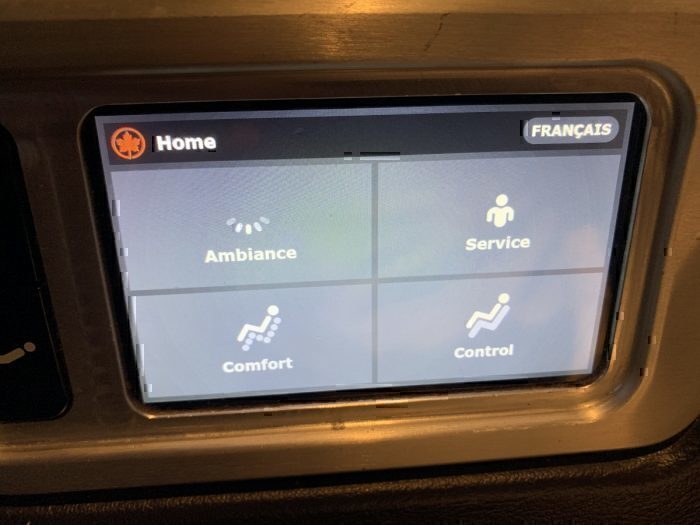 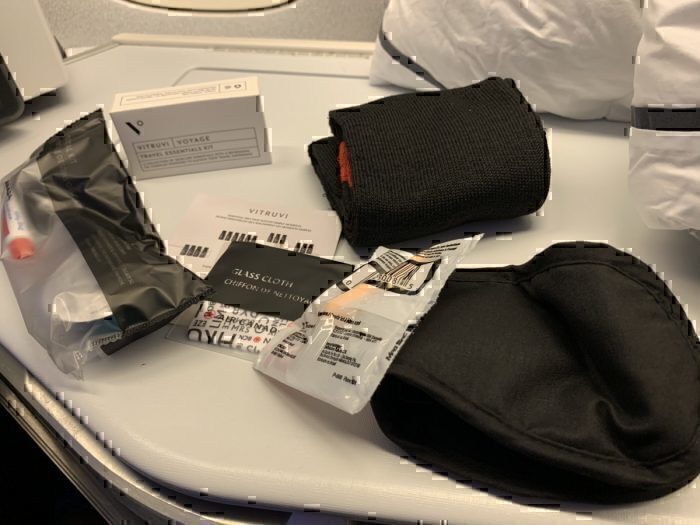 Despite everyone being on board and seemingly ready to fly, it took a solid 45 minutes until we left the gate. The flight attendants came through with hot towels and pre-departure drinks. They also announced that there would be no WiFi as the system was marked as under maintenance. I expected the laptop crowd to run back to the gate, but nothing happened.

Try Mighty Travels Premium for free for 30 days and learn how you can travel in Business Class and stay in 5 Star Hotels for very little.

Take off was bumpy into the approaching storm system and it took 30 minutes to settle down. 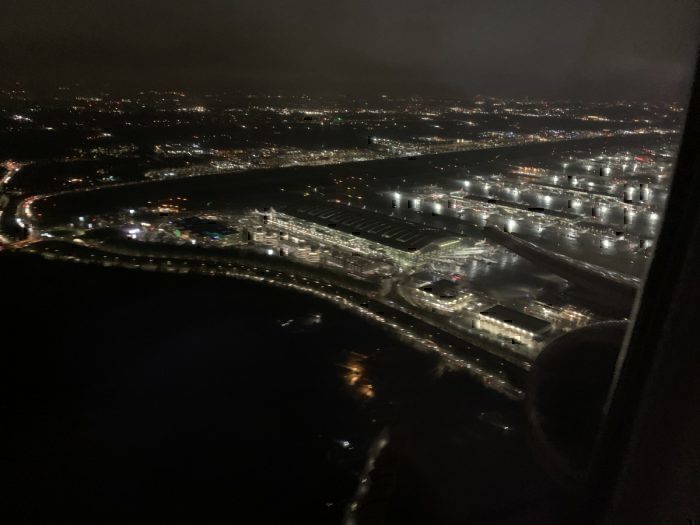 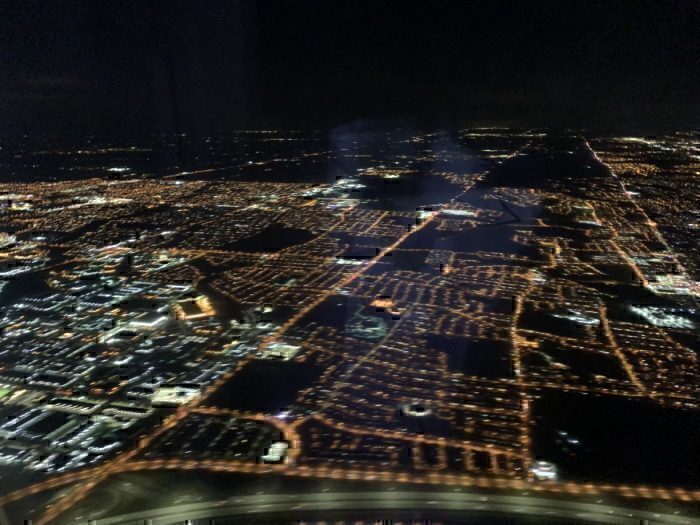 I found a movie I wanted to watch and the headphones were very effective at blocking any noise. I realized how well the Air Canada entertainment system works. It has a wonderful interface that is as intuitive as it gets. It’s responsive, fast and has tons of content loaded onto it. 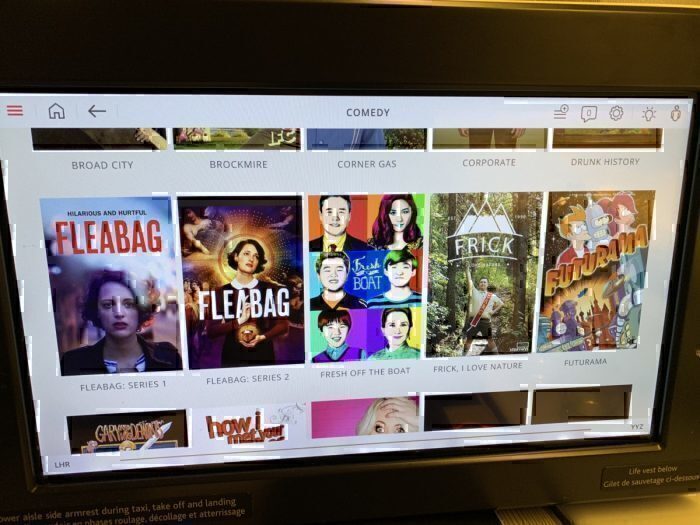 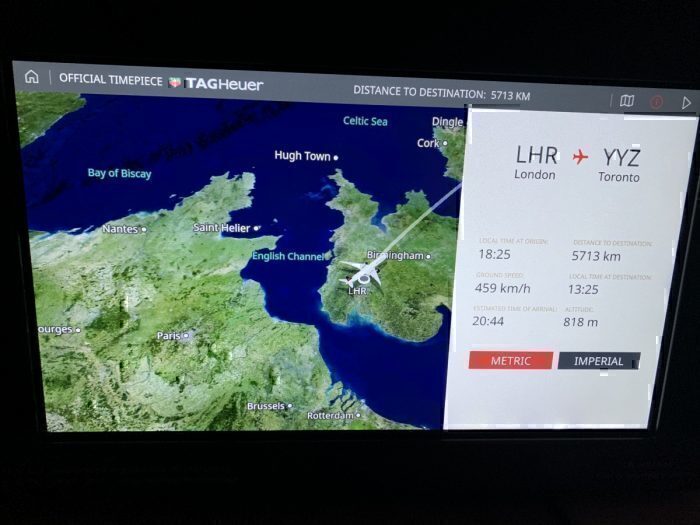 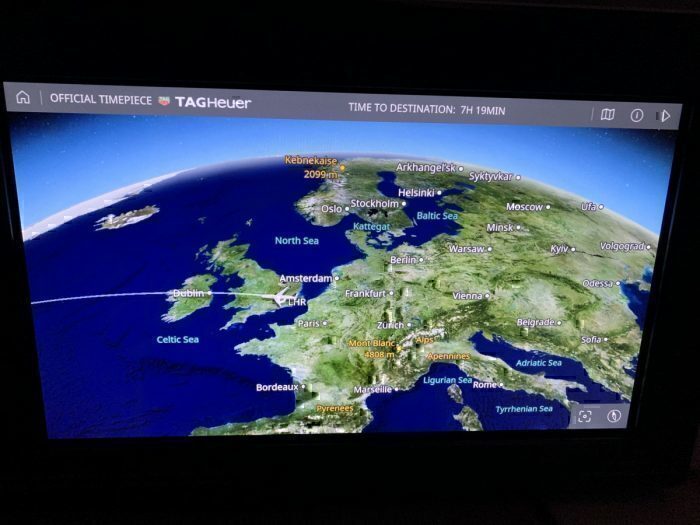 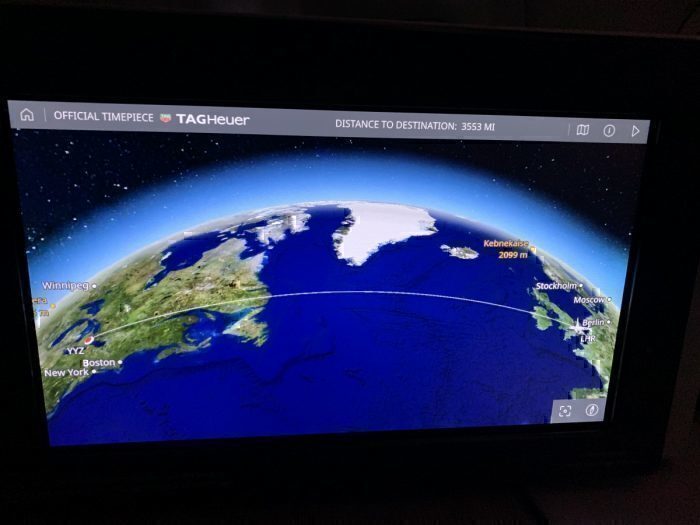 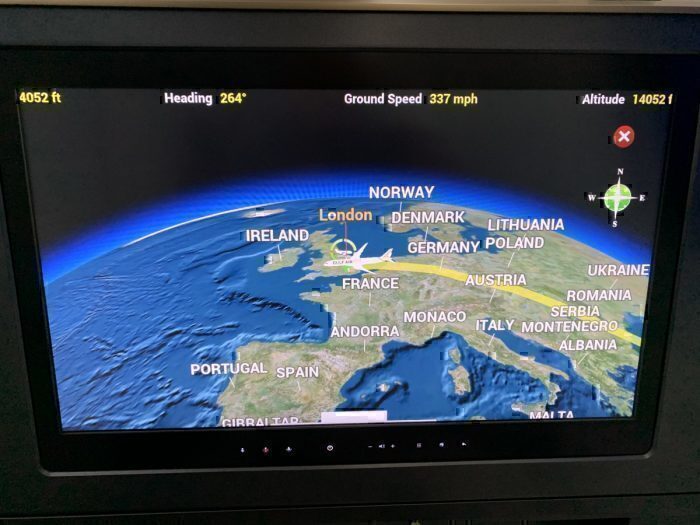 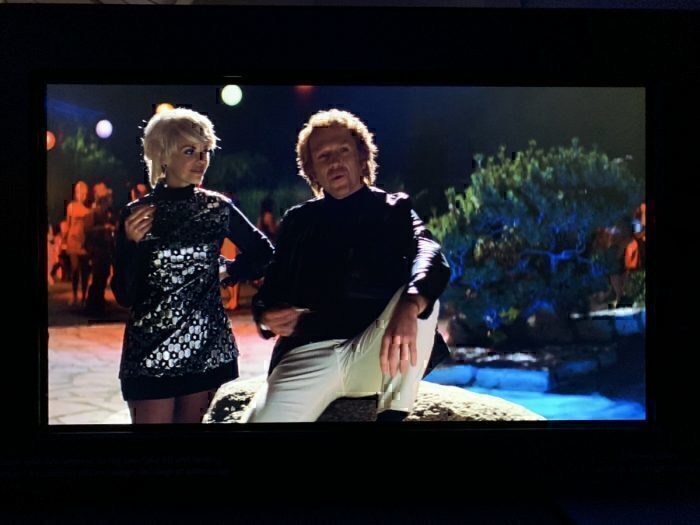 About two hours after the take-off, dinner service arrived. I didn’t have very high expectations and the presentation was just OK. However, I really liked the taste of both appetizer and entree.

I also liked the cheese and port wine served after dinner. A very solid airplane meal –  quite delicious indeed. 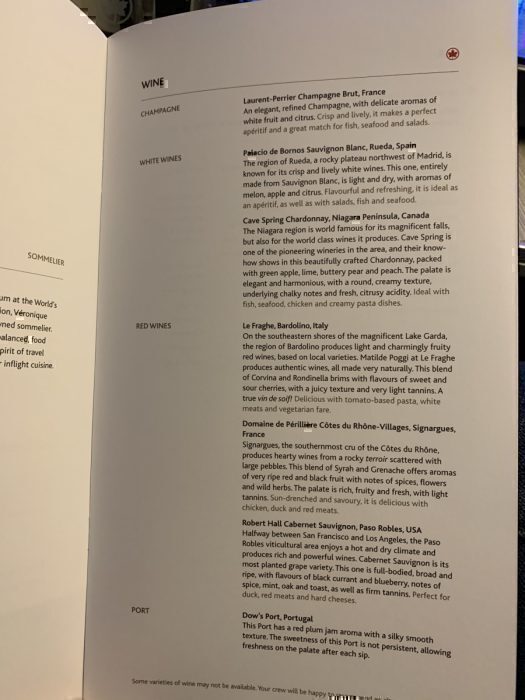 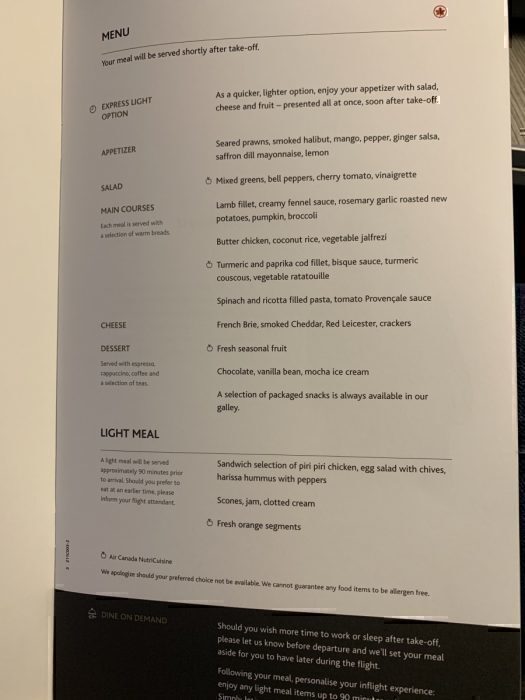 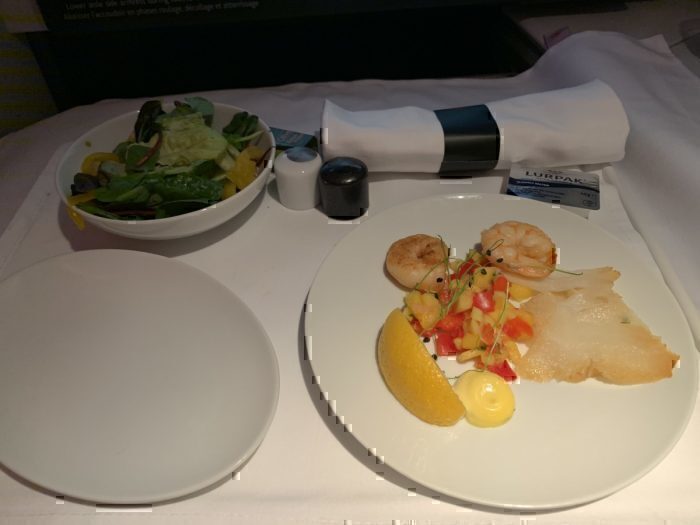 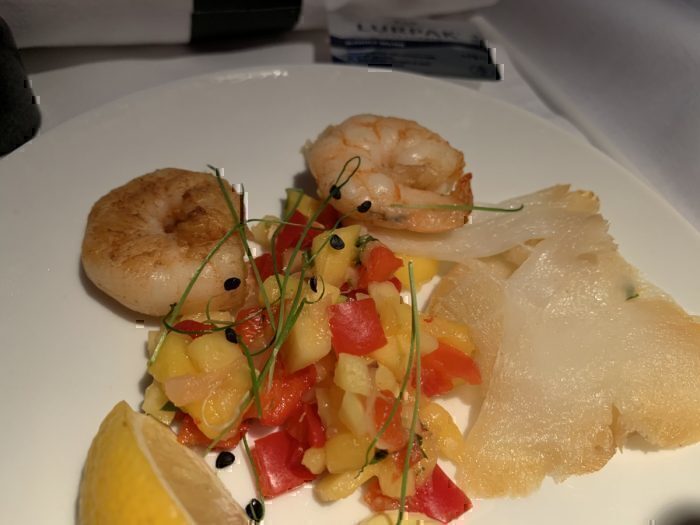 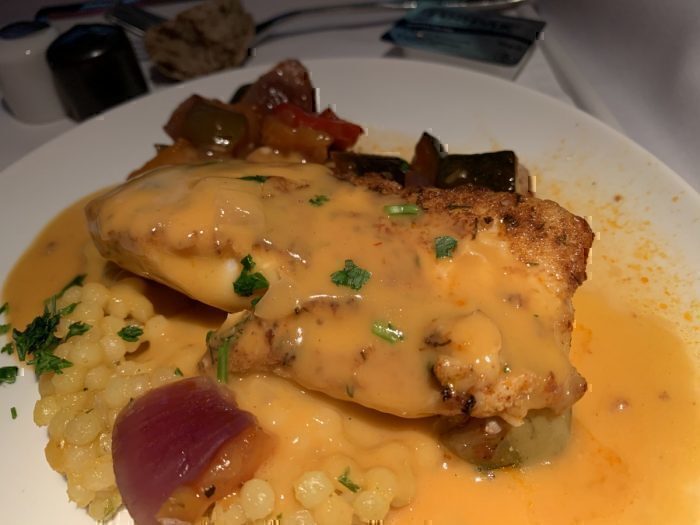 I wasn’t as sleepy and wanted to see if the WiFi was indeed not working as I saw the ‘laptop crowd’ typing away during most of the flight. Air Canada uses Gogo Internet, and it was superbly fast while cruising over Greenland.

After another movie, I reclined my seat and was looking forward to some sleep. Air Canada provides a big pillow, a mattress pad, and a huge warm blanket. This is all very helpful but did I mention that there is no space to stow it? 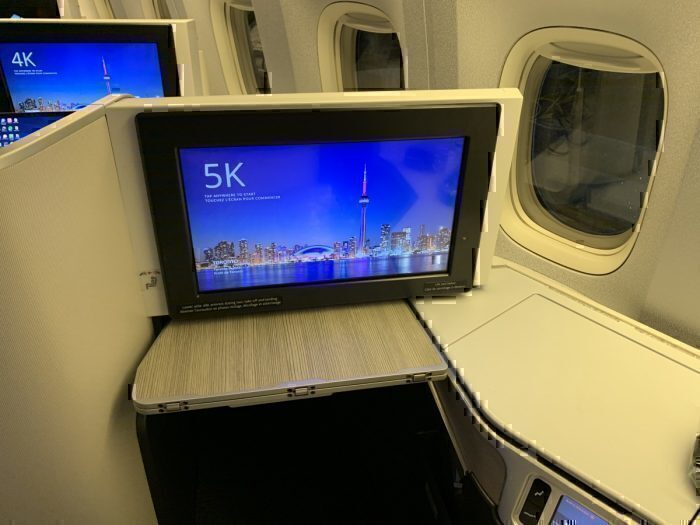 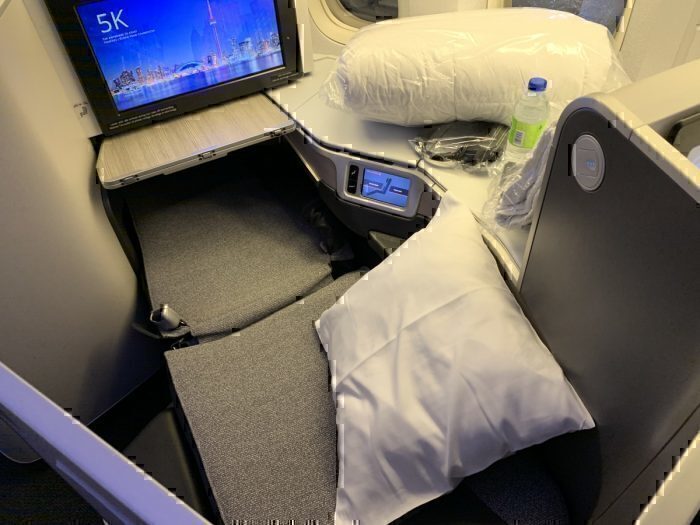 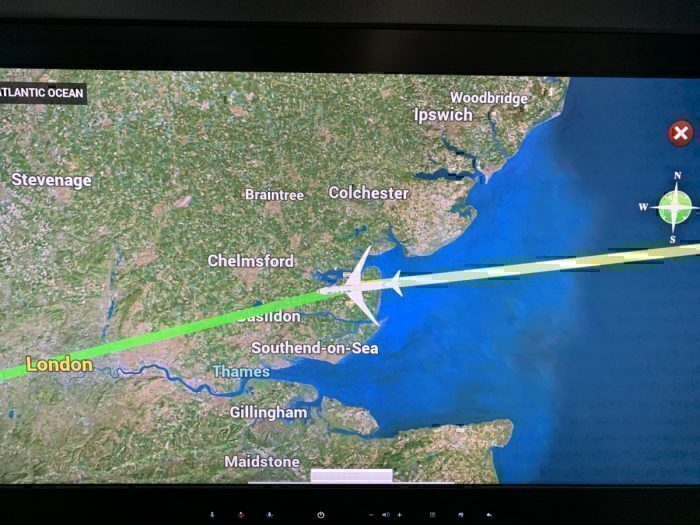 Fully flat, the seat provides very little space for your feet and legs. There is a way to find a fully extended sleeping position but it was painful to turn. It felt rather claustrophobic when trying to turn. I was not happy with that.

I still managed to sleep two hours but would have had a hard time if this would have been a long redeye over the Pacific, for instance.

There was a quick ‘supper’ service before we landed. 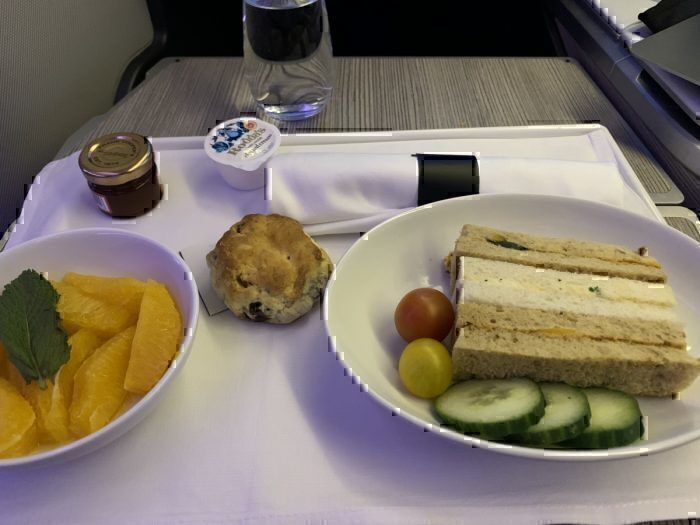 Landing in Toronto was easy and we glided down perfectly. We landed so softly I could not tell if the wheels had met the ground or not. However, immigration was very crowded and it took an hour to clear through that and customs.

In summary – Air Canada has a solid product. The great food, the excellent lounge and the fast WiFi were some of the best in class. The entertainment system is excellent as well. The seat is great for lounging and for, well, sitting. However, I found it not as comfortable to sleep in the lie-flat seats as I’d have hoped. I can understand that airlines maximize revenue and stack seats closer together but what good is a lie-flat seat if you end up having trouble sleeping? I’m certainly a bit taller than the average person so this may exaggerate the problem a bit. Hopefully, the next seat generation will fix this.

Try Mighty Travels Premium for free for 30 days and learn how you can travel in Business Class and stay in 5 Star Hotels for very little or check out Mighty Fares and Mighty Rates.

This article is sponsored by Mighty Travels Premium