According to the South China Morning Post, Air China, one of China’s main flag carrying airlines, is joining talks to invest in Hong Kong Airlines

Hong Kong Airlines has been in some financial trouble over the last few months, as first it fended off a fall in sales thanks to the Hong Kong riots, then a major decline due to the coronavirus. The airline has attempted to shore up its bottom line by deferring Airbus A350 deliveries, cutting 400 jobs across the board, and has even had seven of its aircraft repossessed.

The airline is currently owned by a group of investment firms, notably HNA, who has been looking to offload assets to try and shore up its debt problems. The airline had been talking to other big Chinese firms like Wuxi Communications and Critic to take over the HNA shares but so far had failed to come to an agreement thanks to the large asking price from HNA.

Air China has stepped up to the plate as a potential new investor in the airline. It would be looking to take over the 29% stake and potentially help expand as a new strategic partner. However, if it can’t make it work, it would also be in a prime position to take over the assets of the company, including aircraft and landing slots.

Another interesting point is that Air China is already a major shareholder of Cathay Pacific – Hong Kong Airlines’ rival. The airline owns 29.9% of Cathay, and could potentially be entering a conflict of interest if it invested in the other airline. Whether or not this is being considered or if Air China just wants to invest in all of its regional partners remains to be seen.

Speaking to the South China Morning Post, Clement Chan, who is a managing director of BDO a local accounting firm in Hong Kong, outlined how this move by Air China might be perfectly timed.

“The current timing will be a buyer’s market as the airlines cannot stand firm to demand a high price as the Covid-19 has led the transport and tourism industry gone into wintertime. But for the longer term, the airlines’ business will be bounced back when the outbreak will be under control.”

What do you think of this news? Should Air China invest in Hong Kong Airlines? Let us know in the comments. 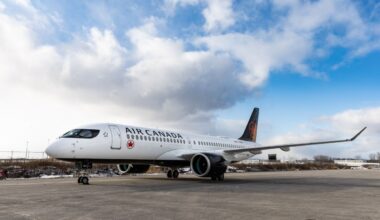 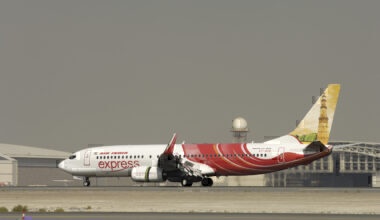 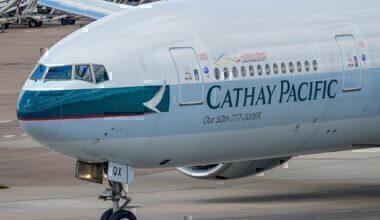