The development of the new Air Force One VC-25B jets has reported its first cost overrun just two months into the project. Boeing revealed a charge of $168m added to the development of the new presidential transport, a charge which it claimed was down to the impact of COVID-19. Due to the fixed price ceiling on the project, Boeing will foot the bill for this and any further cost overruns.

This is the first time an overrun has been recorded on the program, which is estimated to be costing the US in excess of $5bn. Indeed, just the flight manuals for the bespoke designed Boeing 747s will cost a staggering $84m.

During Boeing’s earnings call yesterday, vice president and CFO Greg Smith noted that the development of the VC-25B had been “impacted by COVID-19”, but only gave vague details on the specific reasons or impacts being felt. In its filing with the Securities and Exchanges Commission, the company said,

The reach-forward loss on VC-25B is associated with engineering inefficiencies from the Covid-19 environment. We believe these inefficiencies will result in staffing challenges, schedule inefficiencies and higher costs in the upcoming phases of the program.”

According to FlightGlobal, Smith went on to state that some of these losses could be recovered through the US’ Coronavirus Aid, Relief, and Economic Security (CARES) Act.

Boeing to foot the bill

The development of the pair of new Presidential transport planes was awarded to Boeing in 2018, with the contract valued at a fixed price of $3.9bn. When ancillary costs are included, such as the new hangars required for the planes, the total project cost is estimated to come in at $5.3bn.

However, the $3.9bn production cost is a fixed ceiling, and any overrun will be paid for by Boeing themselves. Smith was keen to stress that the additional $168m charge was a direct consequence of COVID-19, telling reporters on the conference call that,

“That charge was really associated with COVID-19 … As we have folks working virtually — particularly on the engineering side … we certainly experienced some inefficiencies that has caused us to re-evaluate our estimates to complete those efforts. And that’s essentially what you saw today in our results and the charge associated with that.”

Work on the two ex-Transaero Boeing 747s began in February this year. Although a cost overrun at this early stage is unwelcome, the company is confident that the project remains on schedule. Smith declared that the Air Force One replacement program maintained a projected delivery of the first aircraft in 2024.

As well as embracing new technology and new defense systems, the new Air Force One jets will be sporting a new look. The ‘Kennedy blue’ will be replaced with a patriotic red, white and blue scheme, designed by the current President Donald Trump.

Whether or not the President secures another term in office, he’s ensured that his mark is left on the future presidential transport for many years to come. 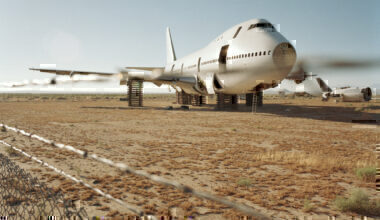 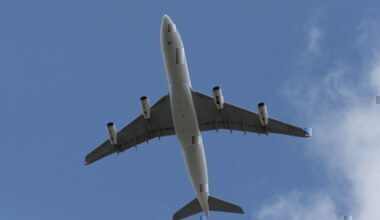 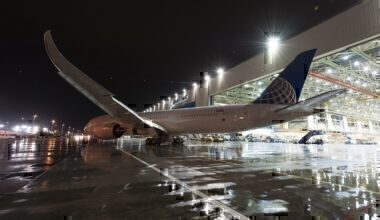