There are short turboprop cross-border flights lasting no longer than a take-away coffee. Then, there is the world’s shortest international flight – served by a dual-aisle aircraft seating over 200 passengers. Read on to see why Air France operates an A330 – and even a Boeing 777 – on a flight that lasts for an average of 14 minutes.

Two closest capitals of the world

The world’s shortest international route is sometimes operated by a widebody aircraft. Furthermore, it is a fifth freedom flight, although there are temporarily no passengers allowed on board due to COVID-related restrictions.

Air France operates a triangle route between Paris (CDG), Brazzaville (BZV), and Kinshasa (FIH) with either one of its A330-200s – or a Boeing 777-200ER. The two cities are the two geographically closest capitals in the world, separated only by the Congo River.

The scheduled flight time for the route between BZV and FIH is 40 minutes. Meanwhile, the actual distance is a mere 16 miles. On Tuesday, September 28th, the flight between the capitals of the Republic of Congo (RoC) and the Democratic Republic of Congo (DRC) took 24 minutes from take-off to landing. However, at times, it is operated in as little as 12 minutes.

Air France operate a scheduled A330 flight between 2 airports that are 16 miles apart! 🇨🇩🇨🇬 pic.twitter.com/02wlclgTqv

Triangular services in both directions

Flight AF738 operates once weekly on Tuesdays from Paris Charles de Gaulle to Brazzaville and Kinshasa and then back to CDG again. The opposite triangle, reaching Kinshasa before Brazzaville, is operated as Flight AF722 and takes off once every two days.

For the past three weeks, Air France has been utilizing its A330-200s for both the triangle routes. However, over the summer and up until the beginning of September, they were served instead by one of the carrier’s Boeing 777-200ERs.

The route is also operated by a Royal Air Maroc Boeing 737 on a triangle route from and to Casablanca. Air Cote d’Ivoire flies an Airbus A320 circling Lome, Abidjan, Kinshasa and Brazzaville, and ASKY Airlines operates a triangle route with Lome utilizing a 737 and, at times, a De Havilland Dash-8.

Late July this year, the authorities of Congo-Brazzaville asked that Air France stop transporting passengers on the route due to rising numbers of new COVID cases in the DRC. The request was made for flights serving the route in both directions. At the time, some passengers slipped through the airline’s information channels and showed up at the airport, ready to check in for the flight.

Historically, it is not the only short international dual-aisle fifth freedom route. In December 2019, British Airways launched Dammam in Saudi Arabia as a destination from London Heathrow. The short-lived route flew via Bahrain, operated by a Boeing 777-200. The actual distance between BAH and DMM is approximately 57 miles. That is one hour and 20 minutes in the car – or an average of 35 minutes in the air.

What is the shortest widebody flight you have ever taken? Leave a comment in the section below and let us know. 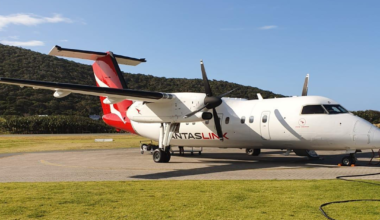 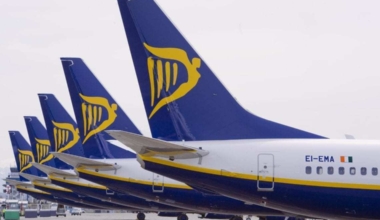 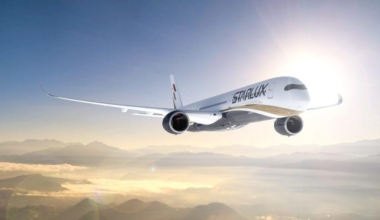