The Air France-KLM group was created in 2004 from the merger of two of Europe’s oldest airlines. This was one of the largest mergers in aviation history and created one of Europe’s largest airline groups. The two airlines still operate under separate brands, but the merger has brought cost and operating advantages. This article explores the story of this merger and what the future looks like.

The story of the merger starts, of course, with the formation of the two separate airlines. KLM was the first to be established, and it claims to be the oldest airline in the world. This is true to a certain extent. It is the oldest still operating under the same name as when It was founded in 1919.

It started international flights in May 1920, operating a DeHavilland DH-16 plane to fly from Croydon, London, to Amsterdam. This regular service carried 345 passengers in the first year.

The pioneering airline took this further quickly. In 1924, it operated a flight from Amsterdam to Jakarta (known then as Batavia) using a Fokker F.VII aircraft. Regular service on this route to the Dutch colonies began in 1929, with a journey time of five and a half days. KLM expanded service to Curacao in the 1930s and then Australia. And it was the first European airline to introduce Douglas aircraft.

KLM began as a private company, but the Dutch government took a small stake after the Second World War, increasing this in 1954 to two-thirds ownership. KLM again was privatized in 1966, only to be re-nationalized after the oil crisis in 1973. This would last until 1998.

KLM has also been a pioneer in customer loyalty programs. It was the first European airline to launch a frequent flyer program – known as Flying Dutchman. This became the Flying Blue program in 2005 and is now shared between Air France and KLM.

Air France can’t claim to be as old as KLM, but it is still one of the oldest airlines. It was formed in 1933 as a merger of five smaller French airlines (the oldest of these started in 1918). These were joined by two other airlines over the next 30 years to form this major airline. It was fully nationalized after the Second World War in 1945.

Like KLM, it focussed early on international services to link the overseas colonies. Santiago de Chile and Hanoi were some of its earliest long-haul destinations, along with French colonies in North Africa.

Air France is, of course, well-remembered as one of only two airlines to operate Concorde. It was also an early adopter of both the Boeing 747 and the Airbus A380.

The merger of Air France and KLM in 2004 created, at the time, Europe’s largest airline group. It was not an entirely surprising move. The merger would allow Air France and KLM to better compete against the International Consolidated Airlines Group (IAG) and the Lufthansa Group.

These all operate under holding company models, where the holding company owns assets but does not direct commercial operations. This allows airlines to benefit from group ownership and cost savings but continue their own operations, branding, and marketing.

For KLM and Air France, the merger has brought some significant changes:

Changing ownership of the group

According to reporting by the BBC, the Dutch government did this to help protect economic interests and jobs. It followed a series of disagreements between KLM and the wider group.

As government ownership overall has fallen, more private shareholders have taken stakes. According to Air France-KLM, as of today, the shareholding of the group includes:

The merger has held together well for over 16 years. There have been a few issues, but not that serious, given the two very different companies and cultural styles. It has undoubtedly helped them perform better against the Lufthansa and IAG groups.

Unfortunately, the future may not be so positive. The COVID-19 pandemic and resulting slowdown in aviation have led to billions in government bailout loans provided to Air France and KLM (combined this reaches €10 billion, or $11.85 billion).

In an interview in September 2020, the Dutch finance minister referred to the future of the group as “not guaranteed.” He explained further (as published by the Irish Examiner):

“They will have to address their cost bases even as things stand now. And suppose this situation lasts until the end of next year, then they will have to cut even deeper.”

Of course, we don’t know how much more the pandemic will hurt the group, and whether any more bailouts will be made available. Current financing already comes with conditions (such as the French government looking for a reduction in domestic flights and a shift to alternative fuels). However, it survives, the group is likely to look quite different after COVID-19.

Would you like to share any thoughts on the Air France-KLM merger and resulting airline group? Do you have any positive or negative experiences of how it operates? Let us know in the comments. 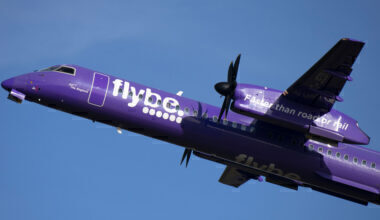 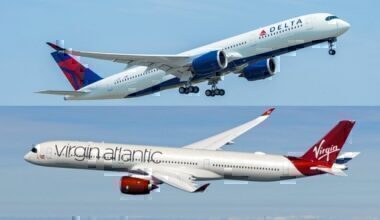 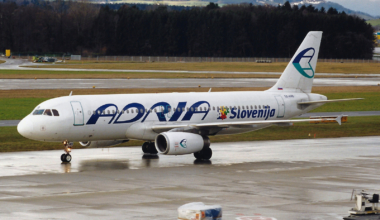