Air India Won’t Phase Out Its Boeing 747 Fleet Yet

Reports earlier suggested that Air India was set to be the latest carrier to consolidate its fleet by retiring its older and larger aircraft. The targets of the planned reshuffle would have been none other than its remaining Boeing 747s. This would have brought an end to half a century of jumbo jet operations at the Indian flag carrier. However, the airline has since stated that such a phase-out will not happen imminently.

Reports in local media earlier today suggested that the country’s flag carrier had decided to withdraw its remaining Boeing 747 aircraft. This is a move that has become all too common among airlines worldwide in the last year. This is because the ongoing coronavirus pandemic has forced 747 operators to reconsider the iconic aircraft’s place in the modern airline industry.

For example, last year saw high-profile 747 retirements at established operators such as British Airways and Virgin Atlantic. It appeared that Delhi-based Air India was set to join this list.

In truth, the 747 is not the flagship that it once was at the airline. Indeed, Air India recently relegated it to domestic duties on higher-demand internal routes. However, in its absence from regular long-haul passenger traffic, the 747 has also flown VIP and governmental missions.

However, more recently, the airline has taken to Twitter to clarify its position. As seen in the tweet below, it has stated that there is no imminent end in sight for the type.

#FlyAI : It has been reported in a section of media that Air India is set to retire its Boeing 747 aircraft from its fleet & will be operating its last flight tomorrow.

The news is false and B747 will continue to remain an integral part of our fleet.

According to Planespotters.net, Air India has operated a total of 27 Boeing 747s over the years. It received its first example half a century ago, in 1971. This aircraft, named Emperor Ashoka, was a 747-200, the first of three variants Air India operated. The full breakdown is as follows.

Air India’s four remaining 747-400s have an average age of 25.7 years. As it stands, the airline will be the only Indian carrier to have flown quadjets. While Kingfisher’s Vijay Mallya had ordered Airbus A340s, the airline shut down in 2012 before it could ever receive them.

So where would this leave Air India’s long-haul, widebody fleet? In line with current industry-wide trends, the carrier is placing a greater emphasis on more efficient twinjets for its intercontinental operations. While its short-haul fleet is an all-Airbus affair, its widebodies are exclusively Boeing designs.

The 747’s extra capacity has largely become redundant in the current climate. Considering this, as well as the greater efficiency of the more modern 787, it would be understandable for Air India to join the increasing movement towards a twin-engine future. However, it appears that the carrier plans to continue operating the 747 for the time being, which will surely please avgeeks across India.

Have you ever flown on one of Air India’s 747s? Let us know your thoughts and experiences in the comments! 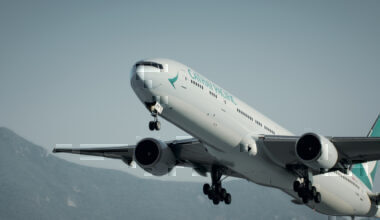 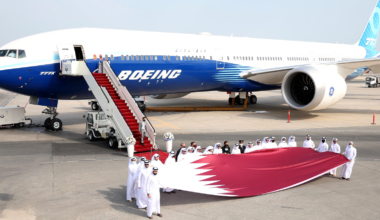