Air India has asked passengers and locals to act in a more dignified way towards crew during this aviation crisis. In a statement released today, the airline has called out locals that have shunned crew members or in some cases, called the police, in fear that they carry the virus.

Air India is still operating a few international flights and forming the backbone of essential travel in the region. The airline has also been operating rescue flights to get nationals back home from China, Japan, Milan (Italy) and Rome (Italy). Naturally, ensuring that passengers return safely home and that no more people become infected with the deadly virus is the top priority.

However, a new issue seems to have appeared for the airline much closer to home and one that seems rather unexpected.

Staff returning from international flights are being ostracized by locals and ‘vigilante resident community associations’. In some situations (not specifically referenced) some flight crew on leave have had the police called on them in an attempt to kick them out of their own homes.

Thus Air India has had to release a press statement to its passengers and locals alike asking them kindly to treat its staff as dignified human beings.

What did the press release say?

#FlyAI : Dear all, we invite your attention towards this press release . Kind cooperation is solicited. pic.twitter.com/cbTGXIr0tP

Calling out the vigilantes, the press release states that “they have conveniently forgotten that many a spouse, parent, sibling, child and near and dear have been brought home safe and secure from affect countries, thanks to the heroic efforts of these Air India crew.”

The airline has suggested that aircrew is in the same front line as doctors and nurses during this pandemic. Knowing that they are flying into the heart of danger to rescue loved ones, we couldn’t agree more.

The release goes on to appeal to all passengers, locals and enforcement agencies to protect these crew members as they follow their duties (or rest after a flight).

#FlyAI : We would like to appeal to all,particularly the law enforcement agencies,to ensure that AirIndia crew are treated with respect and freedom that every citizen deserves, especially those who have been discharging their duties in selfless manner for return of fellow Indians pic.twitter.com/Uthlk57jG3

The airline took notice of these ‘attacks’ after a Mumbai-based crew member wrote to her parents in a published email that she was being harassed.

“Is working for a national carrier and getting back our people safely back home a crime. My society called up my husband to inform me that we should move out and manage something elsewhere as a precautionary measure. I am very proud and fortunate that I am one of the many who are helping people in this pandemic”. – published by India Today.

What has been Air India’s reaction to the virus?

Air India has taken several steps to prevent further spread of the virus to its passengers and crew. The airline itself has nearly been completely cut off internationally, with very few actual international flights taking place.

The airline has stated that it has always had plenty of masks and gloves available to all crew members and passengers.

What do you think about this news? Do you think Air India took the right approach? Let us know in the comments. 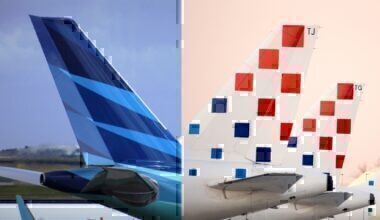 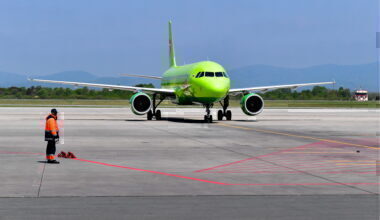