Is Air India Getting Closer To Privatization?

The privatization process of Air India gained further momentum recently after Tata Group and SpiceJet submitted their final bids. Following previously unsuccessful attempts at selling the airline, the Indian government is keen to make a successful deal this time around. The ball is in Air India’s court now, and the winning bid will most probably be announced at the end of this month.

On September 15th, Department of Investment and Public Asset Management (DIPAM) Secretary, Tuhin Pandey, tweeted that final bids for Air India disinvestment have been received. The list of bidders was narrowed down to two – the Tata Group and SpiceJet promoter Ajay Singh – of which the former is considered to be the frontrunner.

According to the Business Standard, two high-level committees will decide the reserve price of the airline based on inputs from government-appointed valuers. If the winning bidder agrees to the terms and conditions put forward by the government, the deal could be closed by December this year.

Whoever becomes the next owner of Air India will take on not just the airline’s massive debt but a host of other issues. The Tata Group seems to be aware of the enormous challenge and has been examining the airline’s operations closely for the past few months.

According to a detailed report by ETPrime, the company hired many global consultants to scrutinize Air India to know what it’s getting into. The Tata Group wants to make an informed decision and, according to the report, has found some critical issues with the airline.

The audit done by the company suggests that Air India has an excess of 4,500-5,000 management employees. Most employees also get a large number of free tickets, more than industry standards. It was also found that many narrowbody planes in the carrier’s fleet need an engine overhaul along with cabin upgrades, the cost of which is expected to run into hundreds of millions of dollars.

Should the Tata Group win the bid, it is expected that they will put some of their demands on the table, mostly related to debt and operations, to make it a fair deal.

The Indian government has tried to privatize the beleaguered carrier twice before. The first attempt was made in 2001 when 40% of the airline was put up for sale. Many foreign carriers, including Lufthansa, British Airways, and Singapore Airlines, got interested. However, the government made it very clear that any foreign airline will have to partner with an Indian company to bid, following which many carriers pulled out.

In 2018, the GoI made a second attempt by putting up 76% of the company for sale and keeping the rest under its control. This, too, did not go down well with potential bidders who were put off by the prospect of government interference in the running of the airline.

This time, the government has offered all of Air India and Air India Express, and a 50% stake in the ground handling company AISATS. The future owner will also get control of more than 4,000 domestic and 1,800 international landing and parking slots at domestic airports, along with 900 slots at foreign airports.

Back to its original owner?

The Tatas already have stake in AirAsia India and Vistara. If they successfully win the Air India bid, they will once again own an airline that they founded in 1932. Back then, it was known as Tata Airlines and later renamed Air India in 1946. In 1953, the government took control of the airline, but JRD Tata remained its chairman until 1977.

If they own Air India again, would the Tata Group be able to restore the airline to its former glory? Only time will tell! 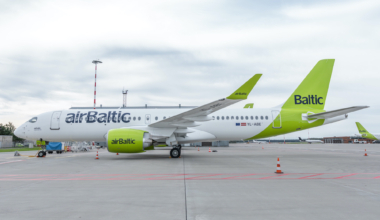 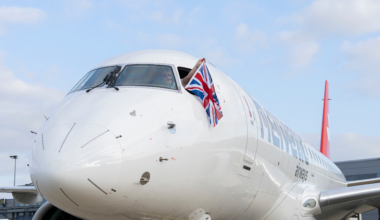