Cash strapped flag carrier, Air India, has received a USD$73.7 million guarantee from the Indian Government to help it stay in the air. The amount falls short of the USD$353.8 million the airline was seeking and well shy of the USD$1.12 billion guarantee that was reportedly meant to be provided to Air India this financial year.

A guarantee to help in the search for fresh funds

“The government has extended Rs 500 crore guarantee to Air India. It was provided to the airline on Wednesday,”

Last week’s lifeline comes at a time when Air India is under mounting financial pressure. The Indian Government has a majority stake in Air India and has poured billions of dollars into it but the carrier is hemorrhaging money.  In the 2017/18 financial year, Air India lost USD$770 million. Air India is estimated to have lost USD$1.261 billion in the 2018/19 financial year.

Air India set to be sold

Last month, Minister of State for Civil Aviation, Hardeep Singh Puri, told India’s Parliament that the airline would be shut down if it wasn’t privatized. The Indian Government is poised to call for expressions of interest in Air India in January 2020. Hardeep Singh Puri said;

An Air India official told the Press Trust of India

“We are evaluating if we can take out some more debt from the balance sheet and park it in the SPV (special purpose vehicle). Earlier, our plan was to give debt in proportion to assets. As part of that, we have already transferred almost half of the total debt to AIAHL.”

Air India is struggling on multiple fronts. India is a difficult market to operate in, even for local carriers. Air India is rapidly losing local market share to aggressive competitors such as IndiGo and Spicejet. Air India’s domestic market share in November 2019 was just 12.1%.

In the wake of Jet Airways’ collapse earlier this year, Air India was captured by its own inefficiencies and neglected to step into the vacuum. In contrast, both Spicejet and IndiGo picked up passengers and routes.

Servicing debt has become a key drain on Air India’s revenue. Unions have reportedly written to the Indian Prime Minister seeking a waiver of the airline’s loans and for the airline’s board to be run by professional management. The latter at least might occur should privatization go ahead.

There have also been reports that Delta Air Lines is looking at Air India in light of the US airline’s renewed interest in and services to India. While Delta doesn’t explicitly rule it out, it was decidedly non-committal about the chances of it buying a stake in Air India. Delta’s senior man in Africa, the Middle East and India, Jimmy Eichelgruen, said;

“We will look at any opportunity… When an opportunity presented fits into Delta’s overall strategic plan… we will look seriously at opportunities throughout the world. But personally, I am not aware of anything at this time.”

Mr Eichelgruen noted Delta was now the most profitable airline in the world. Delta would probably like to keep things that way. Taking a stake in Air India is a surefire way to imperil it.

Whilst it is clear the Indian Government’s days of financially underwriting Air India are coming to a close, what is less clear is whether private investors will be prepared to take up the challenge of running Air India.

What do you think? What are the prospects for Air India? Post a comment and let us know. 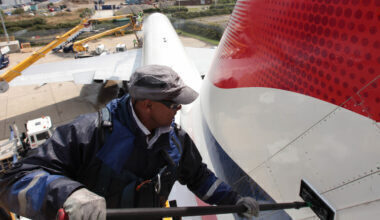 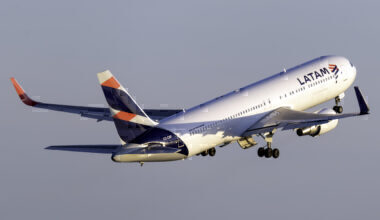 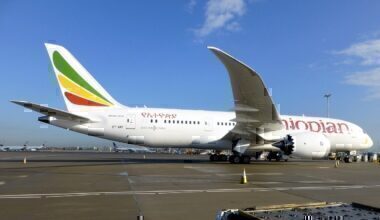