Even After Being Fired Some Air India Pilots Kept Flying

In shocking news, some Air India pilots continued to fly a day after they were fired, on Thursday, not realizing the airline had let them go. The news comes after the airline vowed not to fire any employees, opting for a broad leave without pay program instead. As of now, the carrier has let go of 57 pilots, many of whom have appealed to the courts.

In a shocking move, Air India sacked 57 pilots after publicly stating that no jobs would be lost during the pandemic. However, this was not the most shocking news. The India Commercial Pilots Association (ICPA) told India Today that one pilot was made to fly a day after being let go, flying from Delhi to Bangalore on August 14.

Some reports also state that other pilots also flew on Friday, not knowing they had relieved of duty the previous day. This raises a myriad of concerns, including the mental state of the pilots and the validity of insurances since the pilot was no longer an Air India employee.

The removal of pilots has also resulted in delays to Vande Bharat flights, with one flight from Saudi Arabia delayed due to the pilot being removed from service. It seems Air India did not wait to remove these pilots, as many were due to fly in the next few days, throwing long-planned schedules in disarray.

The root cause of this conflict is Air India’s complex policies. The first policy is the airline’s new leave without pay plan (LWP). Under this policy, Air India can ask employees to take anywhere between six months to two years off without pay. This leave can go on for up to five years, a timeline more akin to a layoff.

The new LWP policy drew heavy criticism, at which time Air India clarified that no employees would be laid off. This came as a relief to some, at least giving employees an assurance that they will have a job in the long-term. However, the promise is in question after this week’s sudden events.

The second policy is Air India’s standard resignation policy. According to the ICPA, at least 48 of the pilots who were laid off had previously resigned in July 2019 over non-payment of salaries. However, under the company’s policies, pilots can withdraw their resignation within six months, which the pilots did do. The airline subsequently accepted this withdrawal, and the pilots stayed on.

However, this week, Air India revoked its withdrawal acceptance and let all the pilots go, citing financial constraints. The move came as a shock to many after the firm previously promised not to let any crew go and praised them for their frontline service.

In a statement on Twitter, Air India said it said it accepted the pilot’s resignations due to financial constraints. The airline also said the matter is currently under litigation since many pilots have asked the courts to step in. It is unclear if the carrier has the ability to retroactively accept a resignation that has been withdrawn.

This dramatic action comes just two weeks before bids for Air India will wrap up. The government has also been unwilling to further fund the operator, preparing for its sale instead. The Tata Group is widely expected to bid for the carrier soon, making the airline a private carrier once again. 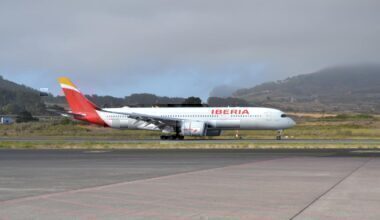 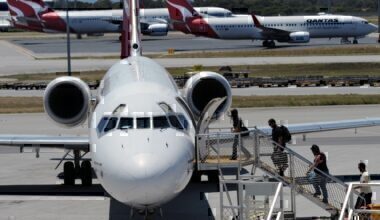 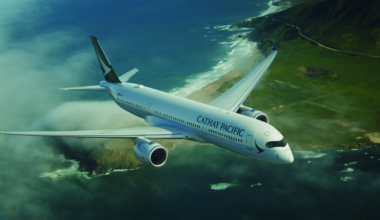