The Airbus A220 continues to spread its wings throughout the globe. Now the turn has come for the much-lauded aircraft to ferry people in Central Asia. Two days ago, Kyrgyzstan’s Air Manas took delivery of its first of the type. It is currently the airline’s only plane, the first A220 in the CIS, and the first entirely new aircraft to be delivered to Kyrgyzstan.

The plane, registered as EX-22002, is an Airbus A220-300, configured with a single-class layout and 145 seats. It was ferried to Bishkek Manas (FRU) from Maastricht / Aachen (MST) via Minsk International (MSQ), beginning its journey on April 23rd and arriving three days later.

Before its jaunt eastwards, the aircraft had been stored at Maastricht since October last year. Before that, it was parked at Enschede Twente, also in the Netherlands, to where it was ferried from Airbus’ production facilities in Montréal, Canada, in February 2020.

The by now little over one-year-old A220 is leased from State Leasing Company (GTLK), the largest leasing company in Russia. It was initially ordered for Russian leisure airlines Red Wings, based out of Moscow’s Domodedovo, but was never taken up by the carrier.

Awaiting recertification after a two-year pause

Air Manas was founded in 2006 and commenced flights in 2009. Three years later, Turkish leisure airline Pegasus acquired 49% of the shares in the carrier and rebranded it as Pegasus Asia. The airline operated a fleet of three Boeing 737s. However, in 2019, Pegasus sold its shares, and Air Manas ceased operations.

After being dormant for two years, the Kyrgyz airline now intends to relaunch operations with funding from the Eurasia Development Bank and the A220. According to CH-Aviation, Air Manas plans to add one more of the type and operate its new and shiny jets on domestic routes and international services to other CIS countries and Asia.

However, it must first gain recertification, as its Air Operator Certificate expired in January 2020. Granted that it does, the airline plans to relaunch operations during the summer.

All carriers, including Air Manas, certified by the authorities responsible for regulatory oversight of Kyrgyzstan, are blacklisted by the European Union and banned from operating in the bloc.

The A220 is powered by Pratt & Whitney’s GTF engines which recently completed one million flight hours. P&W says that the geared turbofan powerhouses deliver double-digit improvements in fuel and carbon emissions and a 75% reduction in noise footprint. Furthermore, they produce half of the NOx emissions allowed by ICAO regulations.

“We are delighted to welcome the first GTF-powered A220 aircraft to the fleet. These new, state-of-the-art engines will allow us to better serve our customers with the economic benefits of lower fuel burn,” said Talgat Nurbaev, General Director of Air Manas, in a statement.

Do you think the A220 is a good choice for Central Asia? Why, or why not? Tell us in the comments below. 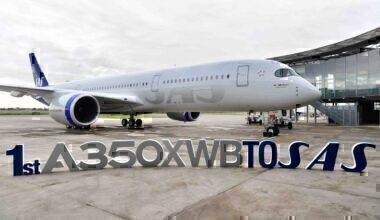 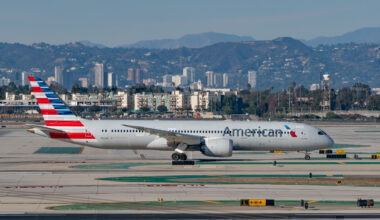 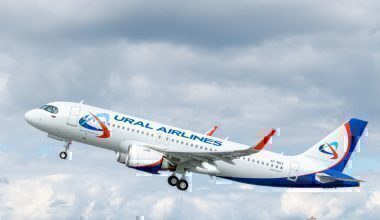 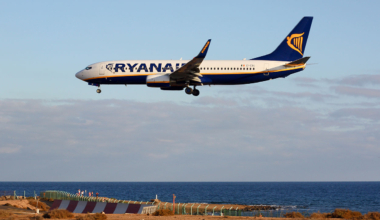