Flag carrying airline of the Indian Ocean island country, Air Mauritius, has adjusted their winter timetable for 2019/20 to put an A350 on services to London. Currently operating on a three times  a week basis, the A350-900XWB service will replace two of the three flights currently operated by an A340-300.

The change to the schedule will start from 5th December 2019, running the MK042 and MK053 service. It’s a while to wait, but according to the specs of the Air Mauritius A350, it will be worth waiting for.

You can catch the flights from London Heathrow on Fridays at 16:00, arriving in Mauritius at 07:55 the next day, or on Thursdays departing London at 22:05 and arriving to Mauritius at 06:35 on Friday.

The flight lasts around 12 hours and arrives in Sir Seewoosagur Ramgoolam International Airport (MRU) in Mauritius. It’s a journey of around 6,060 miles (9,753km), a mere hop for the A350 which can manage up to 9,700nm and 20 hours of non-stop flying.

What can we expect from the Air Mauritius A350 London service?

The brand new A350 XWB is a next generation aircraft, promising an exemplary passenger experience from start to finish. Air Mauritius have invested in a high spec on board their aircraft, bringing new seats, new inflight entertainment and full connectivity throughout the ride.

It’s configured as a two class cabin with 326 seats in total. In business class, it’s a 1-2-1 configuration using Stalia Solstys II seats. These have a generous 44” pitch and full lie flat bed. Passengers can enjoy the benefits of a 17” in flight entertainment screen and direct aisle access from all locations.

In economy, there are 298 seats with a 3-3-3 configuration. They use the Recaro CL3710 seats offering either 31” or 33” of pitch and an 11.6” screen. Connectivity is provided through both on board Wi-Fi facilities and the IFE screens.

All seats are a comfortable 18” wide and every seat is a window seat. All window passengers can enjoy the panoramic view from the extra large windows, as well as a completely dark cabin at sleeping time. The walls are almost vertical, giving more space to window seat passengers too.

On board the A350 XWB, air management contributes to a relaxing flight. All cabin air is refreshed every 2 – 3 minutes with 20% more fresh air than comparable flights. It’s one of the quietest aircraft in the skies, apparently four times quieter in premium class cabins.

Similar to the Dreamliner, the A350 has full LED ambient lighting, enabling the carrier to simulate sunrise and sunset, reducing jet lag and encouraging our bodies to arrive in a less frazzled state.

Air Mauritius currently operate four A350 XWB aircraft, all of which will enter into service next year.  19 other airlines run A350 services, although not all of these on a variety of routes around the globe. A further 28 carriers have orders in for the A350 but have not yet received delivery, as well as a handful of leasing companies and private buyers.

Of the airlines with the A350 currently in service, the largest operator is Qatar, who were also the launch customer for the jet, with 32 in operation. Cathay Pacific and Singapore Airlines have 23 a piece, and China Airlines, Delta, Finnair and Lufthansa all have more than 10 in service. 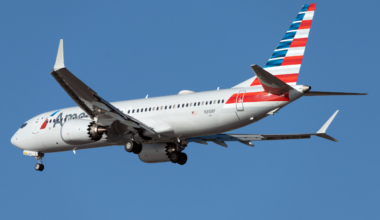 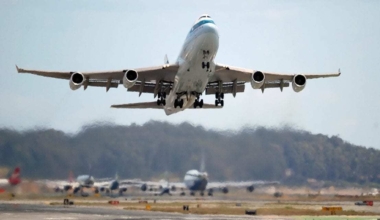