Air New Zealand has 14 Boeing 787-9 Dreamliners, of which a dozen keep busy flying. Long-haul passenger flights may be few and far between, but there’s plenty of business flying cargo in and out of New Zealand. Here’s a rundown on what Air New Zealand’s Dreamliners are up to right now.

Most Air New Zealand Dreamliners stay in the air

Air New Zealand’s oldest Dreamliner is ZK-NZE. At the time of writing, the plane was flying between Brisbane and Auckland. Later on Tuesday, the Boeing will whizz down to Christchurch, load up on cargo, and fly through the night to Shanghai as NZ287. The Dreamliner will spend the day unloading cargo at Pudong Airport before taking onboard fresh pallets and departing for Auckland on Wednesday night, arriving back home early Thursday afternoon.

The next plane off the rank is ZK-NZF. This 787-9 hasn’t flown since Sunday when it operated the Auckland-Melbourne-Auckland sectors. These flights, NZ883 and NZ886, do fly passengers, but only a handful. Quarantine bed constraints in both cities severely curtail passenger numbers on scheduled flights. Since landing back in Auckland on Sunday afternoon, ZK-NZF has idled.

In delivery order, ZK-NZG is en route to Tokyo Narita at the time of writing. The Dreamliner is not far out, cruising high over the Northern Mariana Islands. After a few hours in Tokyo, ZK-NZG will push back early on Tuesday evening and wing its way home to Auckland. Once back, the plane won’t spend long on the ground. The Boeing will operate NZ77 up to Taipei on Wednesday morning, presumably (but not yet confirmed) heading back to Auckland on Wednesday evening.

Plenty of Air New Zealand Dreamliner traffic above the Pacific

At the time of publication, ZK-NZD will be high above the Pacific heading to Auckland from Los Angeles. The plane flew to the US on Tuesday and is spending about seven hours on the ground before heading back to New Zealand. Owing to the dateline, ZH-NZD won’t land back in Auckland until Thursday. On Thursday, the Dreamliner is scheduled to zip across to Apia and back, an easy three and a half to four hours flying time.

The fifth Dreamliner, ZK-NZC, is listed by aircraft database Radarbox.com as parked, with the aircraft’s last flight on September 30.

ZK-NZH is at the time of writing over Kiribati, having departed Melbourne on Tuesday morning, operating a regular cargo service to Los Angeles. Air New Zealand operates a number of cargo flights direct from Australia, bypassing New Zealand. After landing in Los Angeles on Tuesday, the plane will depart on Tuesday evening to fly home to Auckland. Flying time is almost 12 hours, with ZK-NZH due to arrive in Auckland on Thursday morning.

On Tuesday evening, ZK-NZI is at Shanghai Pudong. Details are sketchy on the return flight, but the Dreamliner is due to operate Auckland-Nuku’alofa-Auckland on Wednesday, so you might conclude the aircraft is returning to Auckland overnight.

Air New Zealand 787-9 ZK-NZJ has just departed Los Angeles at the time of writing. The delayed cargo flight to Brisbane left on Tuesday morning local time. The Boeing is due to land in Brisbane on Thursday, just after dawn.

Freshly arrived in Auckland is ZK-NZK. The plane operated a cargo flight across to Melbourne and back on Tuesday. It will spend the next 24 hours in Auckland before heading off to Hong Kong on Wednesday evening, operating NZ1081. The jet will fly through the night and get into Hong Kong early on Thursday morning. Air New Zealand offers passenger flights to Hong Kong twice weekly, but NZ1081 is not one of those flights.

Having departed San Francisco on Monday, ZK-NZL is heading southwest towards Auckland and will land there early on Wednesday morning. This is another dedicated cargo flight. Air New Zealand may not fly many passengers across the Pacific, but plenty of their planes still operate on these key routes. On Wednesday, after a few hours in Auckland, the Dreamliner will fly across to Perth. This seven and a half hour flight is officially the longest flight New Australia city pair

ZK-NZM is in Guangzhou. The Boeing flew up there on Monday night from Christchurch, landing in the very early hours of Tuesday morning. Since then, the plane has stayed on the ground. On Wednesday, the jet is due to operate a daylight flight back to Auckland. After overnighting in Auckland, ZK-NZM is slated to operate a cargo flight to Brisbane and back on Thursday.

North America is a popular spot for Air New Zealand’s Dreamliners. ZK-NZN is heading back to Auckland out of Los Angeles, operating NZ1005. It will land early on Wednesday morning, after which it has a very serious day of flying. Two hours after landing, ZK-NZN will fly a return cargo service to Melbourne, arriving back in Auckland late in the afternoon. Then it will head off to Los Angeles.

Because you pick up a day flying east across the Pacific, it is still officially Wednesday when ZK-NZN lands in Los Angeles. In fact, it will still be Wednesday when the plane pushes back at 23:30 and heads home to Auckland. That’s a mighty big day of flying.

In contrast to that schedule, ZK-NZQ is parked in Singapore. The jet flew up to Singapore on September 9 and had remained there ever since. It is only of only two Air New Zealand Dreamliners not actively flying. 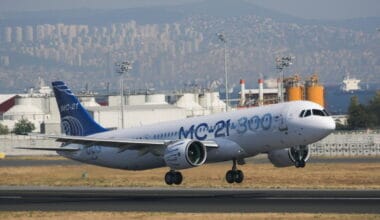 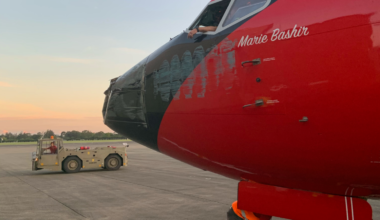