We reported recently that Air New Zealand had placed an order for several Boeing 787-10s. These aircraft are on order to replace the airlines Boeing 777-200ERs, but some are speculating that they might be placed on the coveted direct Auckland to New York flight. But Air New Zealand also has a fleet of Boeing 787-9s that could do the job.

Which aircraft would suit this route best and which way is the airline leaning?

The New York to Auckland route is currently only viable via Los Angeles via a code-share partner (United). Air New Zealand does, however, run a fifth freedom route from Auckland to London via Los Angeles with a Boeing 777-300ER.

The Dreamliner family are some of the most popular widebody planes around today, but what’s the difference between the two 787 variants that Air New Zeland will operate?

Auckland to New York is roughly 8823 miles / 14199.24 km / 7666.98 nautical miles. Readers playing along at home will realize that this distance is a little more than the maximum range of the Dreamliners…

Air New Zeland will actually be taking ownership of a Dreamliners with the new General Electric GEnx-1B engines, serving even better fuel efficiency for the route.

Additionally, they are taking a page out of Singapore’s book and operating the route as a premium heavy aircraft. This will mean fewer economy seats (perhaps none at all and only premium economy) and more room for fuel.

“We don’t want the joint turning into Cancun or Bali – we need it to turn into Switzerland.” Spoke Air New Zealand CEO to Boarding Area.

So which aircraft would suit the route best?

The Boeing 787-10 is bigger and can carry more passengers and fuel. But it’s heavier weight is the elephant in the room that may mean it won’t be possible to make it at all.

Many are still debating whether it will even be possible, but we could see the new aircraft potentially making it with a total reconfiguration. After all, the additional passenger numbers on board would mean the airline would make more money per seat, thus the route would be more profitable.

The Boeing 787-9 is more likely to be used on the route, it’s lighter and with additional fuel only needed for an extra 30 nmi (unlike 1000 nmi above).

“The 787-9 could get there today, depending on how we configure it, so that’s a great starting point, and we’ll look at all the other options after that,” spoke CEO Christopher Luxon to Flight Global.

Air New Zealand has already asked for Boeing to configure the new 787-9s to a more premium heavy focus.

Interesting point of trivia is that Air New Zealand was actually the launch customer for the 787-9 but was beaten to the skies by ANA who was quicker to schedule commercial services.

What do you think? Which aircraft should be used for the route? Let us know in the comments. 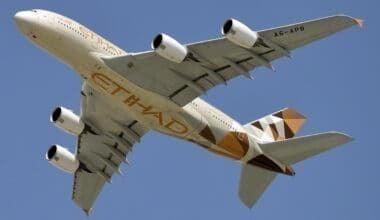 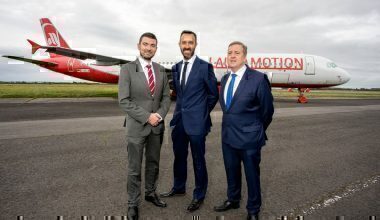