Air New Zealand has built a reputation for quirky safety videos. Who could forget their Lord of the Rings or Men in Black videos? These safety videos have become something of a double-edged sword for the airline. Each new safety video is now viewed with the critical eye of an Academy Awards judge.

A new safety video is out today

There’s a new safety video out. It’s had what you might call a ‘soft release,’ doing the rounds on social media, and is due to be rolled out across Air New Zealand’s flights today, Friday, 28 February.

The safety video, produced by New Zealand filmmaker, Josh Frizzell, is titled A Journey To Safety and has a strong conservation theme. It runs for three minutes and you can watch it below.

It has been called quirky, charming and offbeat – all in the eye of the beholder I suppose. The key character is a nice little girl and a lost takahē. The nice little girl needs to get the takahē home. Cue Air New Zealand and two fine-looking flight attendants who maintain immaculate demeanor and attire in a variety of photogenic kiwi locations.

The most important part of the video, the safety message, is made quite clear. Air New Zealand and Josh Frizzell get fulls marks for that. Some safety videos are so cluttered you finish up and wonder what it was about.

It’s not to say that this new safety video isn’t cluttered. I find it a bit busy, but that’s a subjective view. However, you cannot fault the airline for promoting its role in conservation and promoting its country. All the characters are all likable, even if I’m left wondering about their choices of footwear on a mountaintop.

Air New Zealand knows their videos generate buzz. Even if it’s a bad buzz, some would argue that’s better than no buzz. Six months ago, the airline released a safety video focused on the All Blacks, New Zealand’s all-conquering rugby machine.

That video coincided with the Rugby World Cup. Alas, South Africa won that piece of silverware but an All Blacks safety video is always guaranteed to make the locals cheer and visitors grit their teeth in a respectful grimace.

It wasn’t a bad safety video but failed to scale the heights of their 2015 Men in Black safety video. That video also channeled the All Blacks.

Many would argue that any new Qantas safety video would be a step up from the deplorable “two flat whites, double shots, mate” safety video the airline has been subjecting passengers too for the past year. Every time I had to sit through that I wanted to head straight for the emergency exits.

Air New Zealand’s new safety video and the inevitable discussion that will surround that might help deflect attention from the release of the airline’s half-yearly profit yesterday. Earnings before taxation were USD$87.7 million and net profit after taxation was USD$67.8 million.

It is better than a loss but a substantial drop on the six months prior. It’s sure to provoke a fresh round of financial hand wringing at the airline’s Auckland HQ. 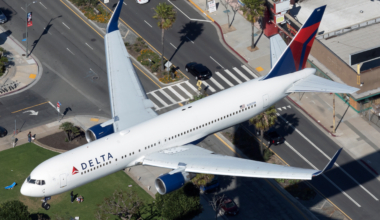 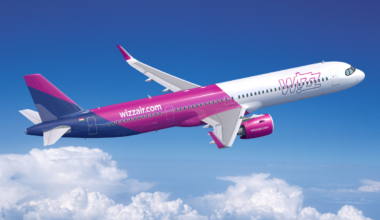