Air New Zealand have announced that all staff will be able to wear their tattoos with pride. The airline has confirmed that from September 1st, all employees will be allowed to display tattoos, as long as they are ‘non offensive’.

The change at the airline comes following five months of research with both customers and employees. They found that there was a ‘growing acceptance’ of tattoos as a means of personal expression and wanted to enable employees to express their individuality or cultural heritage.

Chief executive Christopher Luxon is reported by the NZ Herald as saying,

”We want to liberate all our staff, including uniform wearers such as cabin crew, pilots and airport customer service teams, who will, for the first time, be able to have non-offensive tattoos visible when wearing their uniforms.”

They become the first airline in the world to allow visible tattoos for all staff.

Air New Zealand have been in the spotlight for some time regarding its firm stance on tattooed employees. Some applicants to the airline have reportedly been turned away in the past, according to Stuff. This angered some, as the airline was seen as employing double standards, using Maori symbology in its marketing while not allowing traditional tā moko ink.

However, the airline is now taking the bold step of allowing visible tattoos for all its employees, including cabin crew. They have specified that the tattoos must be non-offensive, saying that they would ‘treat tattoos like speech’ to determine if they were acceptable. The BBC reports a spokesperson as saying,

“In the same way you shouldn’t swear, make hateful comments, lewd jokes, or use violent language in the workplace for example, the same goes for tattoos,”

In cases where it’s not clear, a Tattoo Review Panel will make the decision, they said.

The rise of ink

Go back to the 80s and it was rare to see anyone with a tattoo, save for the odd military person or punk rocker. Now, however, tattoos are far more commonplace. In fact, around a quarter of people in the US have a tattoo, and in the UK it’s around one in five. Break that down to the younger demographic, and the proportion rises sharply, with around a third sporting some form of ink.

In the airline industry, the perspective on tattoos ranges from a blanket ban through to being acceptable if they are not visible. According to Paddle Your Own Kanoo, airlines that allow tattoos as long as they are covered by the uniform include Emirates, Etihad, British Airways, Virgin Atlantic and easyJet. Qatar Airways, on the other hand, do not allow any tattoos whatsoever.

Air New Zealand will become the first major airline in the world to allow visible tattoos. In Maori culture, tā moko is a sacred tradition, with tattoos carved into the skin with chisels. Moko kauae, or facial tattoos, are of particular importance, with men’s often covering the whole face and women’s covering the chin.

Taking into account the cultural and historical importance of tattoos in New Zealand culture, it’s clear to see why they’ve implemented the policy. It’s refreshing to see that it’s a blanket policy for all workers, whether of Maori descent or not, meaning more opportunities with the airline for those whose tattoos are purely decorative too.

A change in the air

In years gone by, flight attendants were very much hired on the basis of appearance. They were hardly more than models in the sky, serving champagne and keeping jet setting businessmen entertained. But, over the years, that role has changed, and today’s flight attendant is much more than the way they look.

A modern flight attendant is responsible for all manner of crucial flight procedures, from keeping inventory and ensuring passenger comfort to maintaining safety on board and assisting in emergencies. Their appearance should be smart, but restrictions on things like their body shape, makeup and heel height are, thankfully, becoming more relaxed.

Norwegian recently opted to removed the need for flight attendants to wear makeup, as well as letting them wear flat shoes. Aer Lingus and Virgin Atlantic have made similar changes, allowing female flight attendants to do away with both skirts and makeup. And Cathay Pacific has relaxed it’s 70 year long skirts only policy for female cabin crew.

While all these changes are great to see, the decision by Air New Zealand to allow visible tattoos is somewhat unusual. Their situation is rather unique in terms of cultural and historical significance of tattoos, and we don’t think we’ll be seeing other airlines rushing to follow in their footsteps.

Have you ever seen a flight attendant with a visible tattoo? Were you refused a job as an FA because of your tattoo? Let us know your experience in the comments. 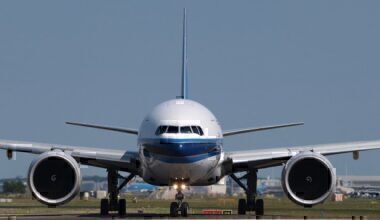 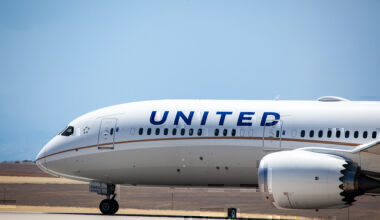