At the start of 2020, Air Transat was the sole remaining operator of the Airbus A310 in passenger service anywhere in the Western world.

The A310 had a short shelf life, selling just 255 frames and being superseded by the vastly successful A330 in the early 1990s. Despite having spent the last five or so years flying for pleasure on all sorts of aircraft, in February of this year, I took my first (and likely only) flight on this increasingly rare aircraft. 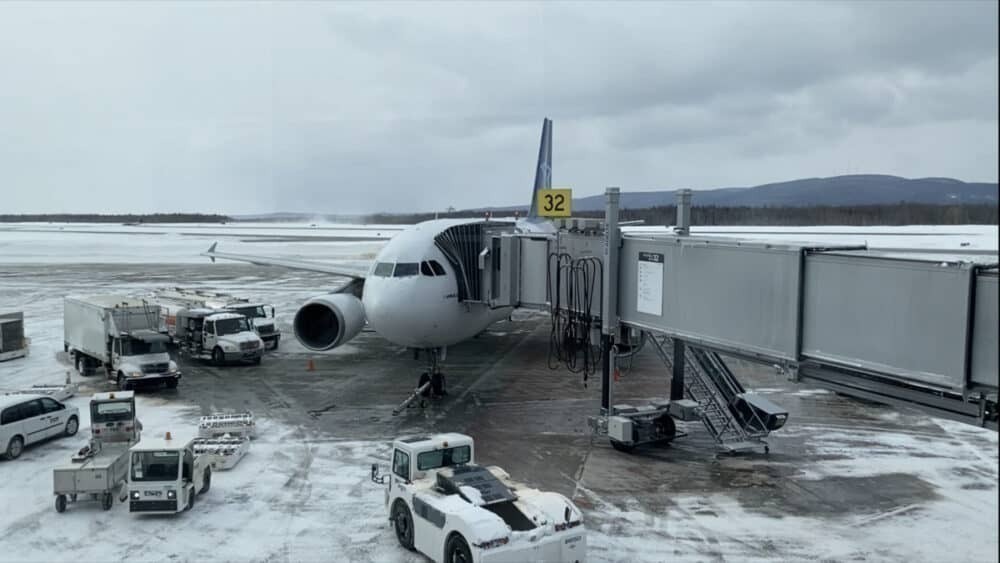 Air Transat finally retired this type in March. Naturally, I filmed the experience for my YouTube channel:

I flew from Paris-CDG to Quebec City, staying the previous night at the CDG Hilton for its proximity to Terminal 3. This terminal has no airbridges, no lounge, and few facilities, being a hub for CDG’s low-cost operators. 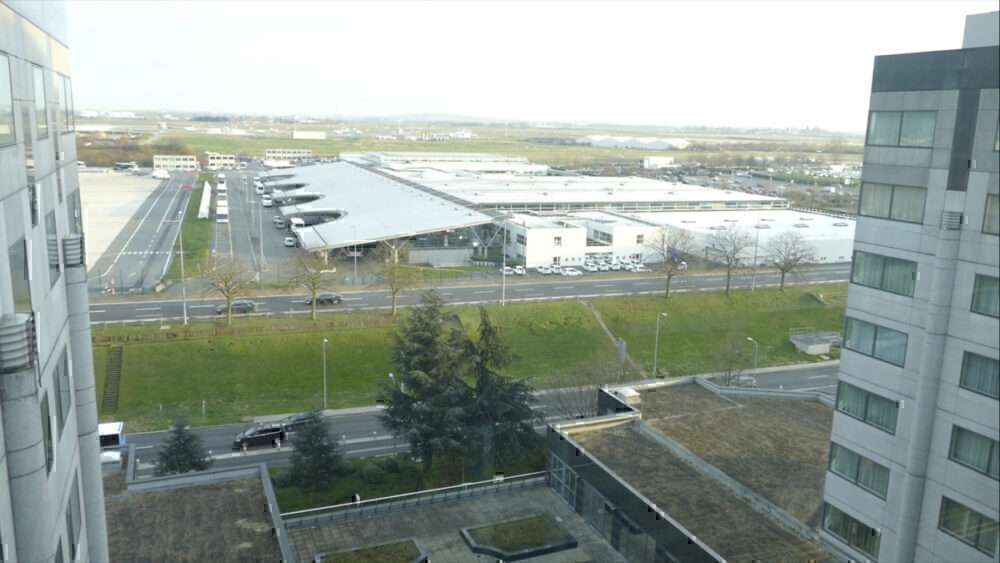 The entrance to the terminal is via an inauspicious tunnel, across a busy road. 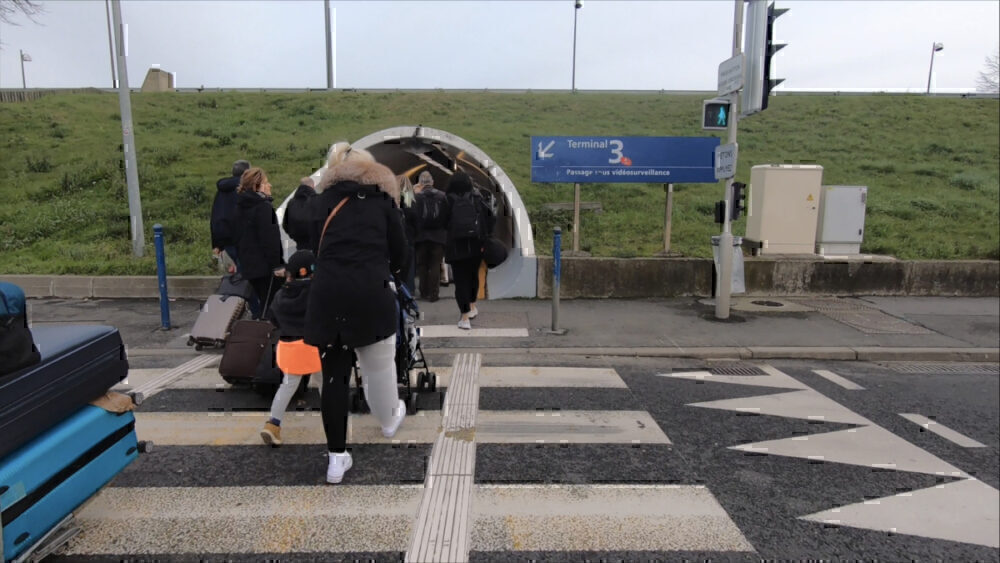 The terminal was bustling – a Montreal flight using an A330 was departing shortly before mine – and it took me a few minutes to find that Club Class had its own queue. 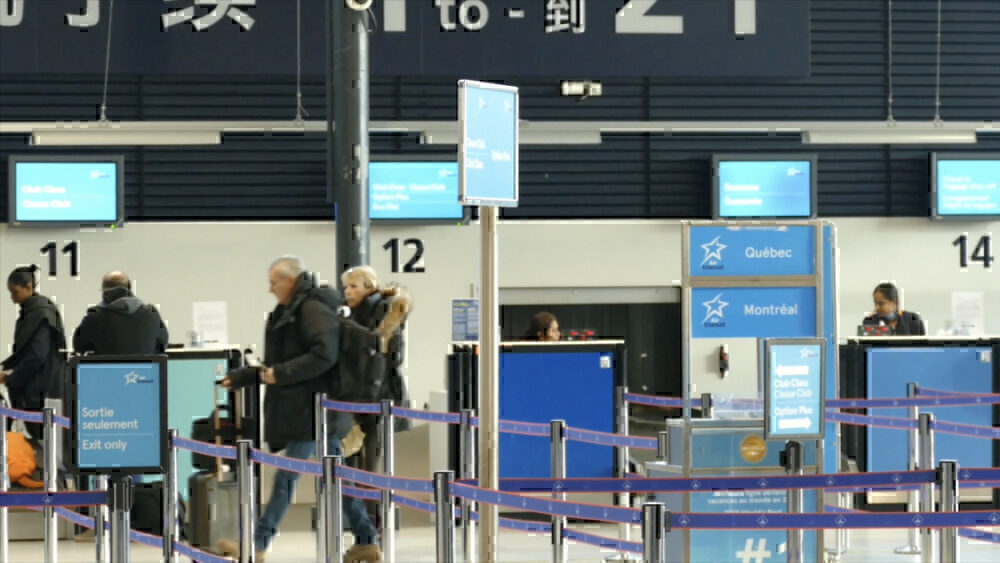 Once through security, the utilitarian nature of the terminal can easily be seen in departures. 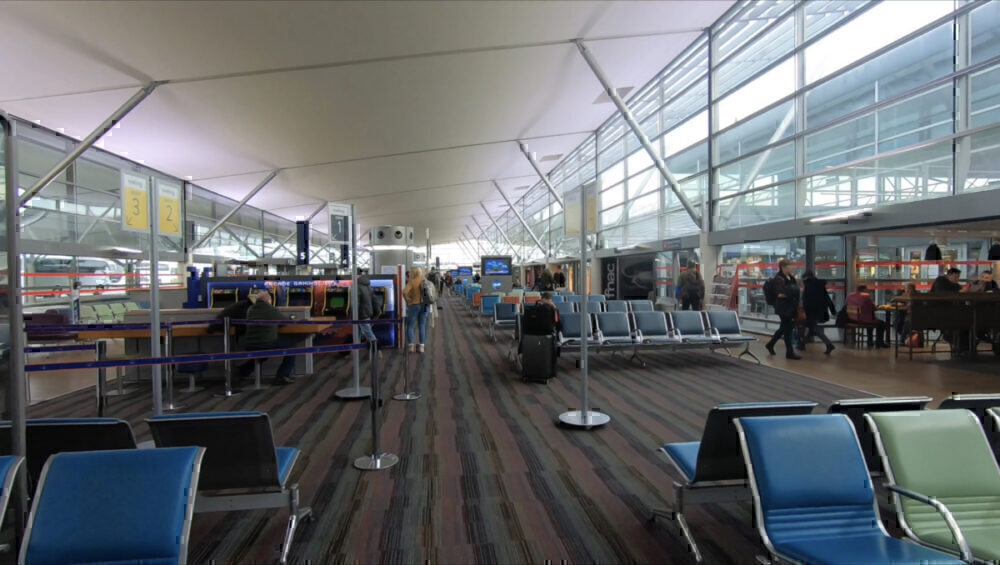 There are no proper eating places here; just a Pret and a few shops. Kids of all ages might enjoy the video game stations dotted around the departures area. 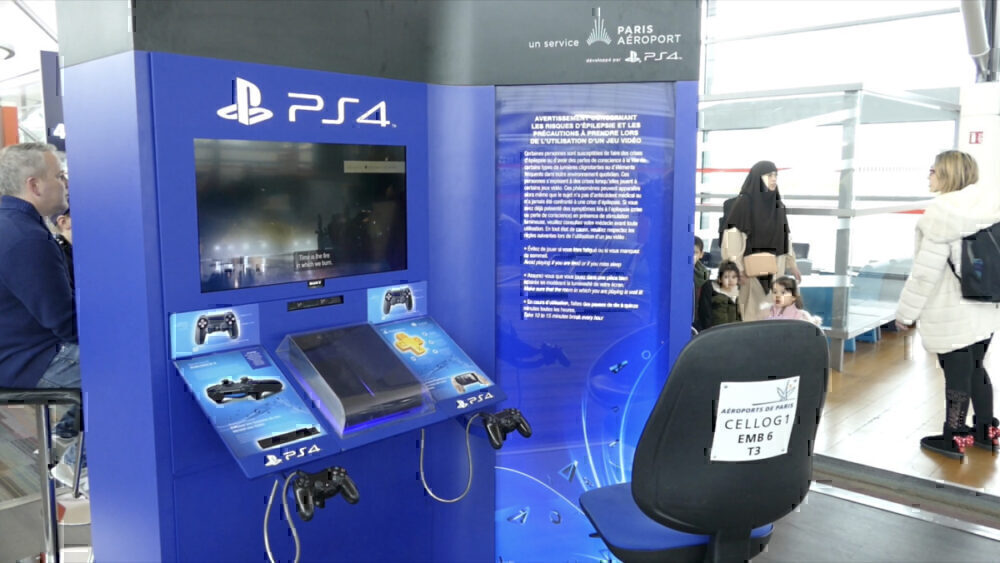 Our flight was inbound from Quebec City and landed around an hour late, although we’d make up a little of this delay during boarding. Our aircraft, C-GPAT, lost its rudder in 2005 over the Atlantic, though thankfully, by the time of my trip, it had been replaced and even stayed on until the end of the flight. 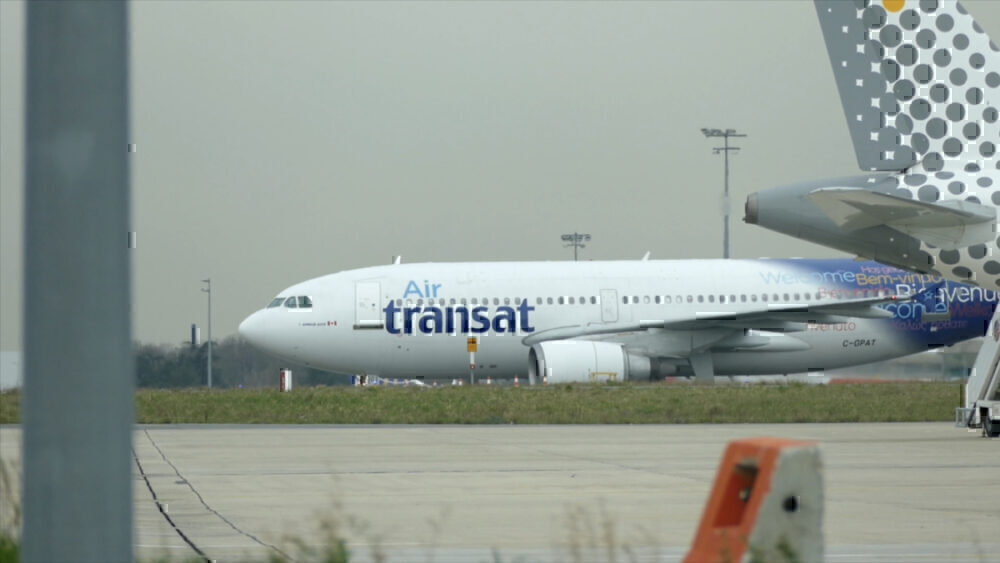 As there are no jetbridges at CDG T3, boarding was done by bus with the final stretch over the tarmac. Finally, a trip on an A310! 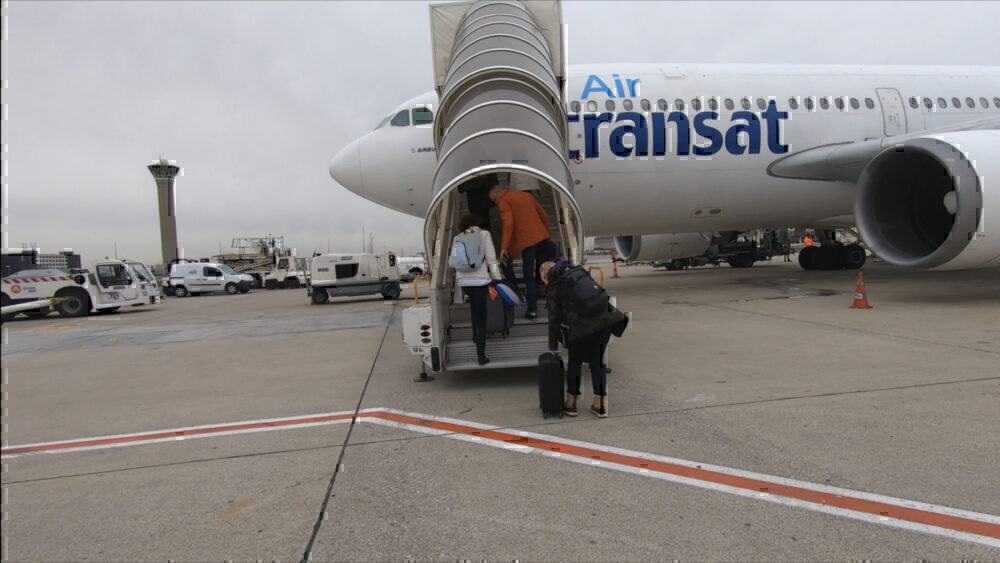 Economy is set up in a tight 3-3-3 configuration. There is no seatback IFE in economy, although videos and music are available through the inflight wifi (no wider internet connection is available, however). 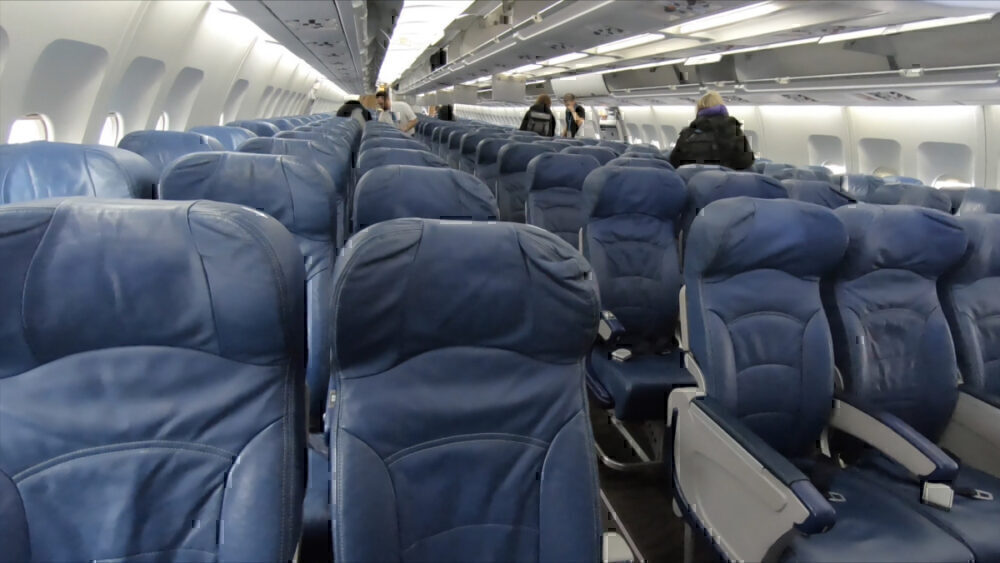 Club class is essentially a premium economy product and consists of just twelve recliner seats arranged in two rows, in a 2-2-2 layout. 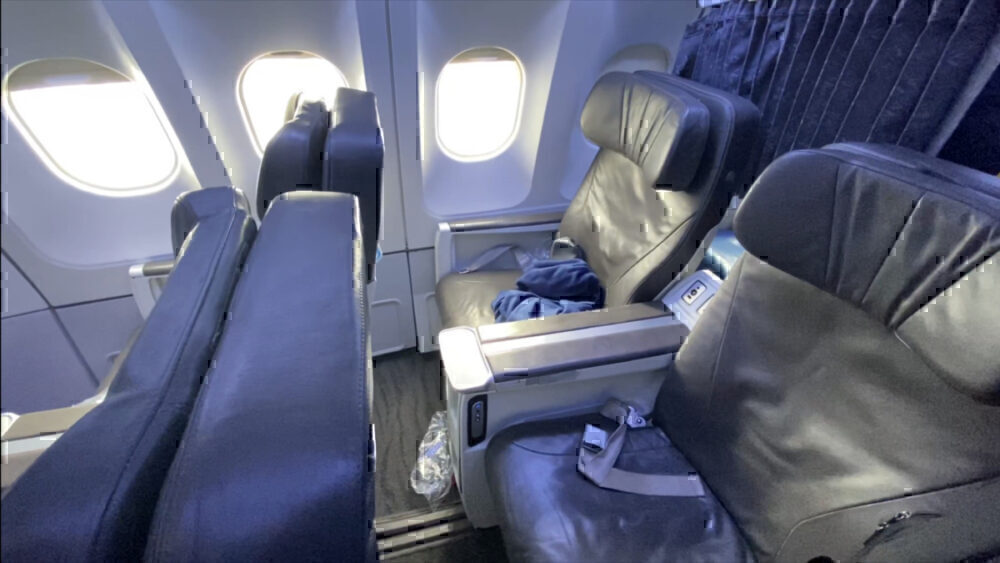 Takeoff was around 40 minutes delayed, but the taxi was short and the climb direct as we departed CDG towards the west, and towards Canada. 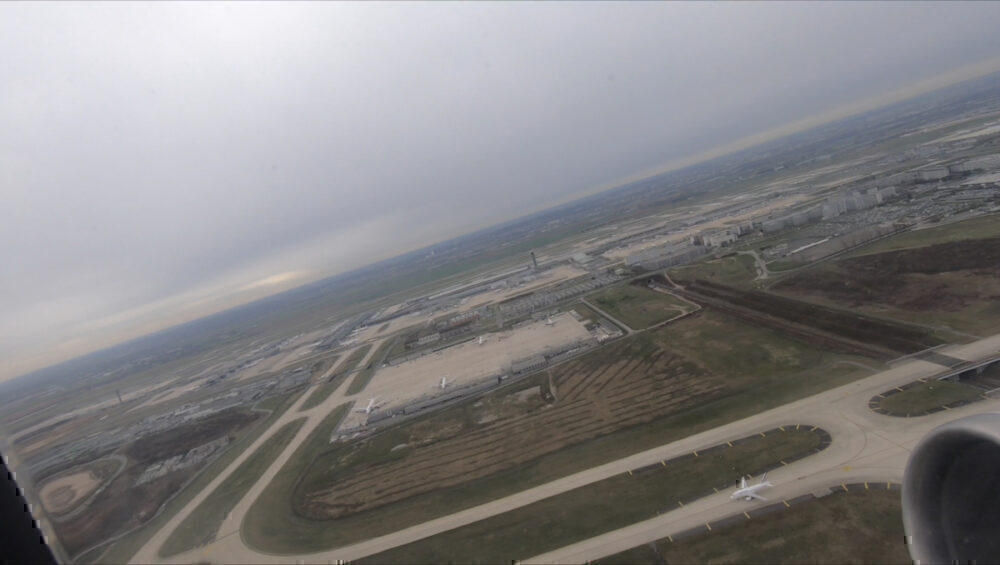 This A310 still had metallic finishes to the air vents in the overhead soffits. 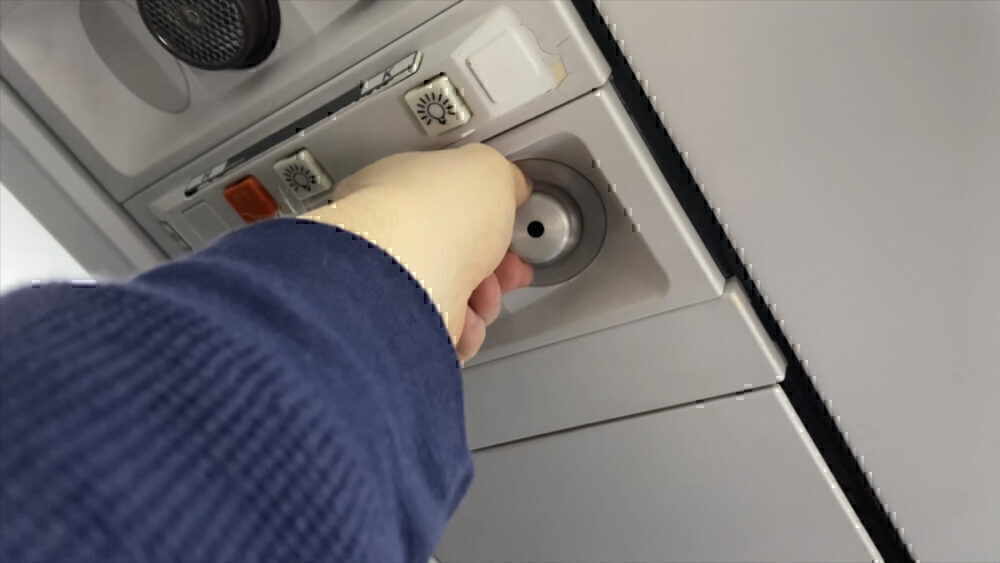 The legroom in Club is reasonable. Note the footrest which can be deployed from the seat in front – I find these uncomfortable, but those with shorter legs will appreciate this more than I. 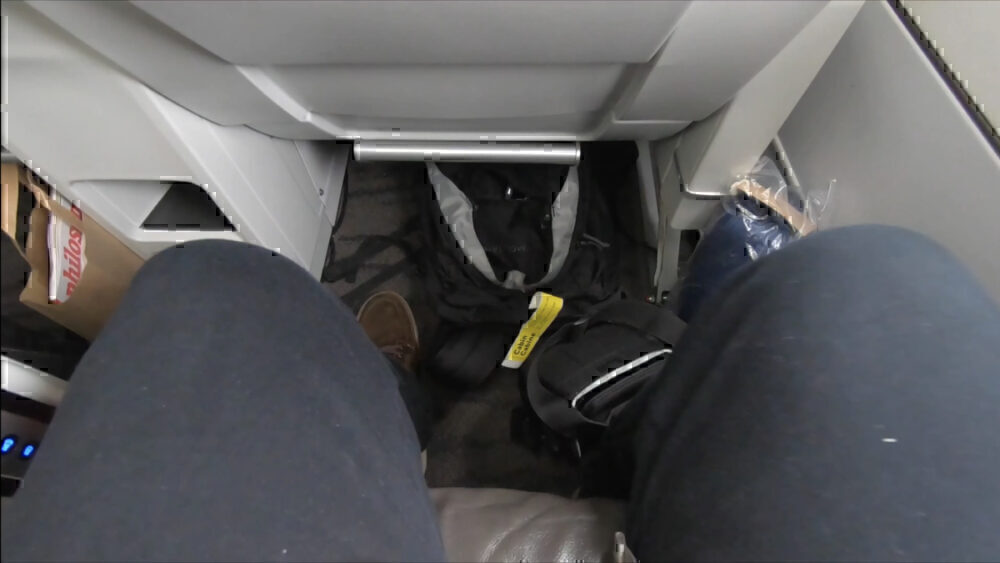 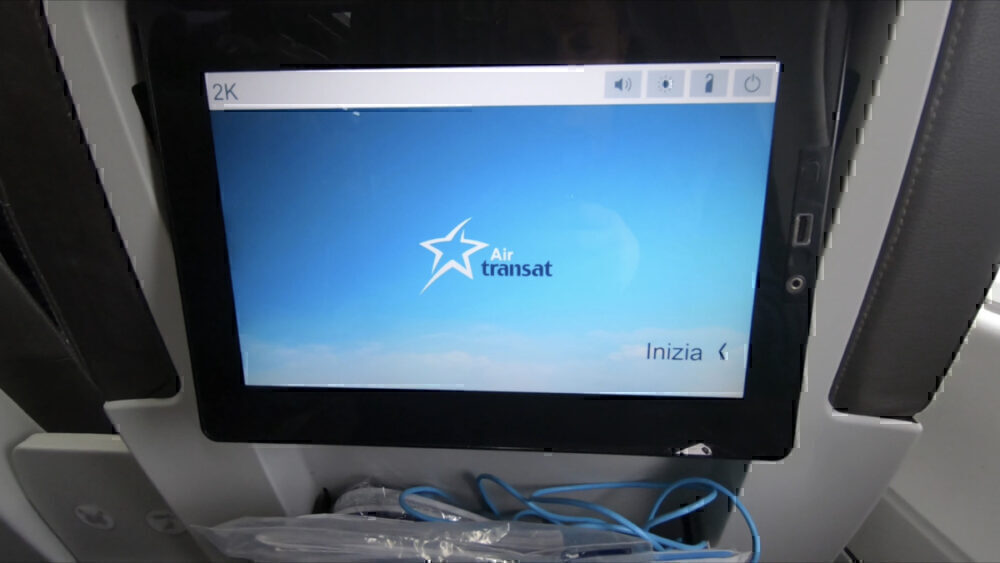 Recline is fairly modest, at just a few inches. The seats overall are quite similar to the recliners usually found on domestic flights in North America. 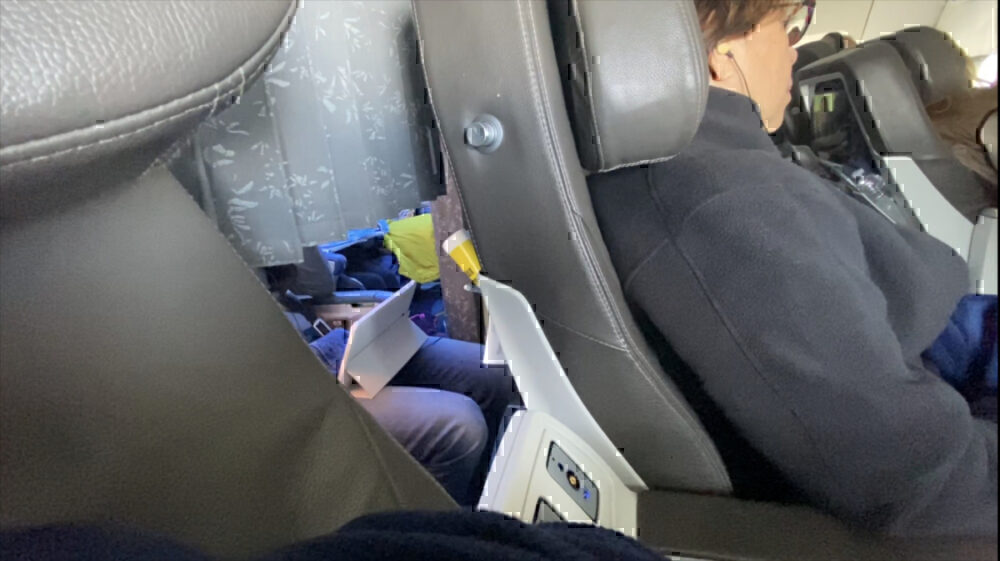 There’s a remote control to control the IFE screen of a very similar design to the one I found on HiFly Malta’s A340-300 last year. 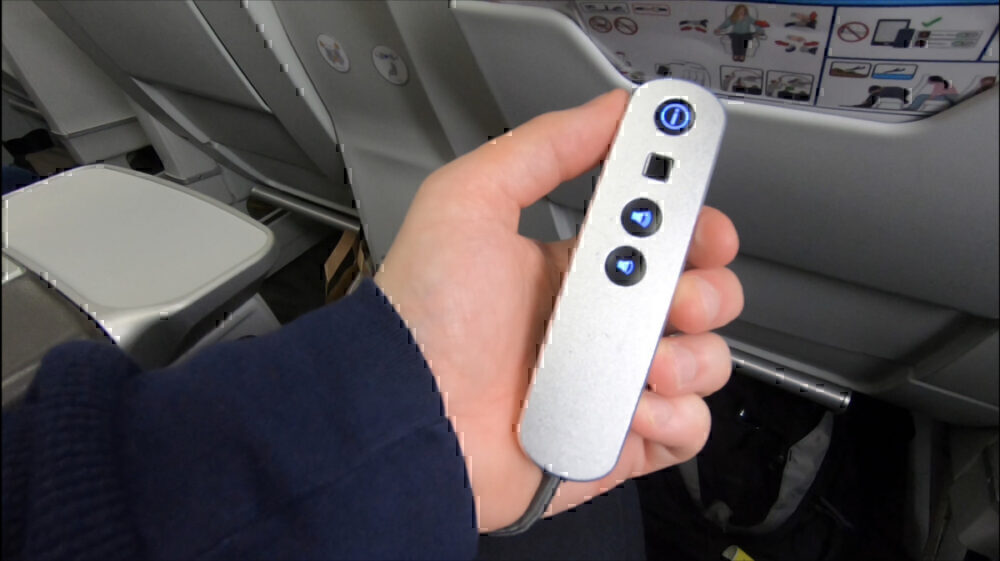 Headphone jacks and USB sockets can be found in the center console between the seats. (Earphones are provided, but you’re better off bringing your own!) 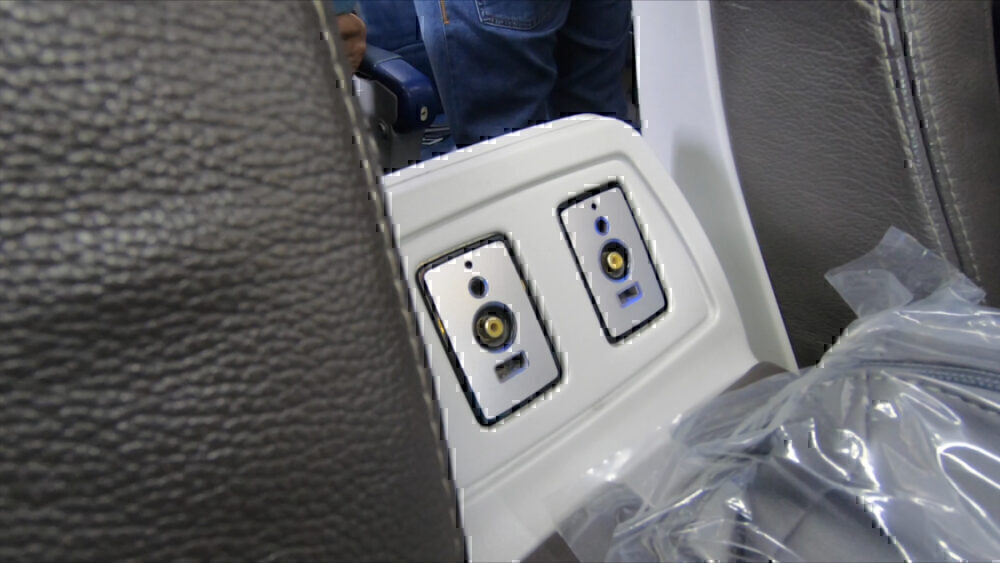 The table deploys from the armrest and is a decent size, although you will need to re-stow it to exit your seat. 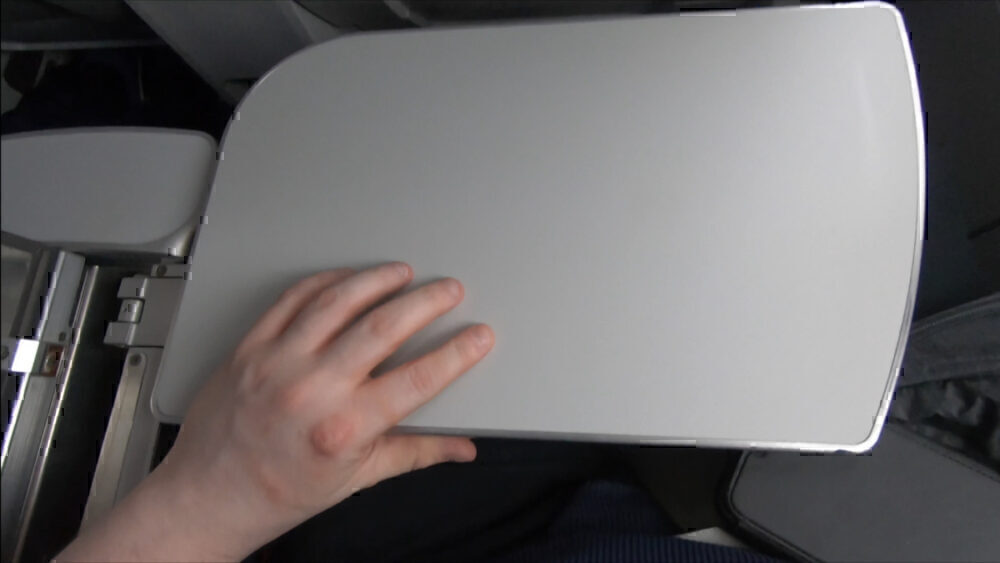 Air Transat’s meal service in Club is preceded with a hot towel service. The cheapness and thinness of the hot towels were a precursor to the rest of the catering service, I’m sorry to say. 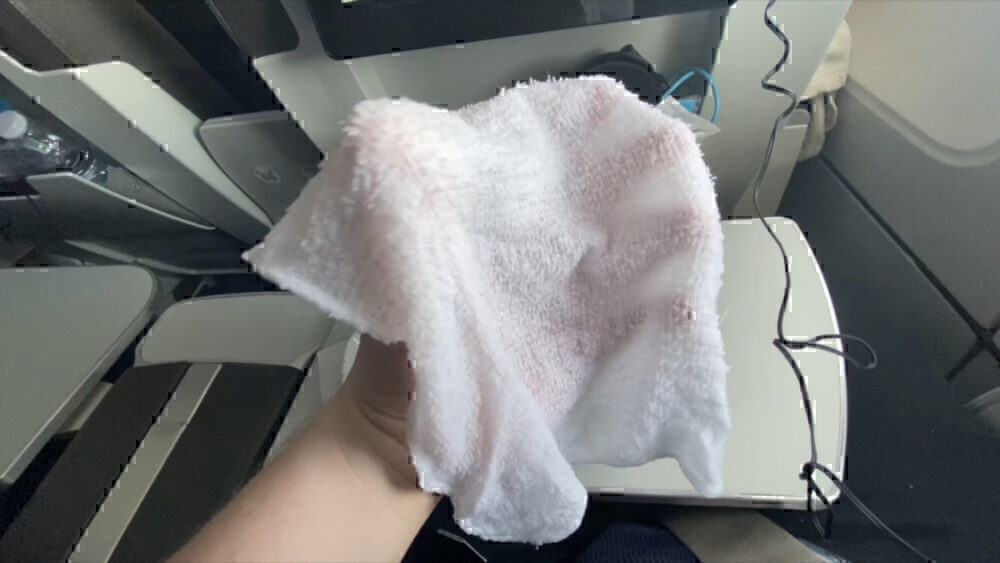 Air Transat encourages pre-ordering of meals through the Manage Booking feature on their site. I went for the Quebec hunter-style chicken, which had a strange synthetic aftertaste, as did, in fact, everything I was served on the flight. 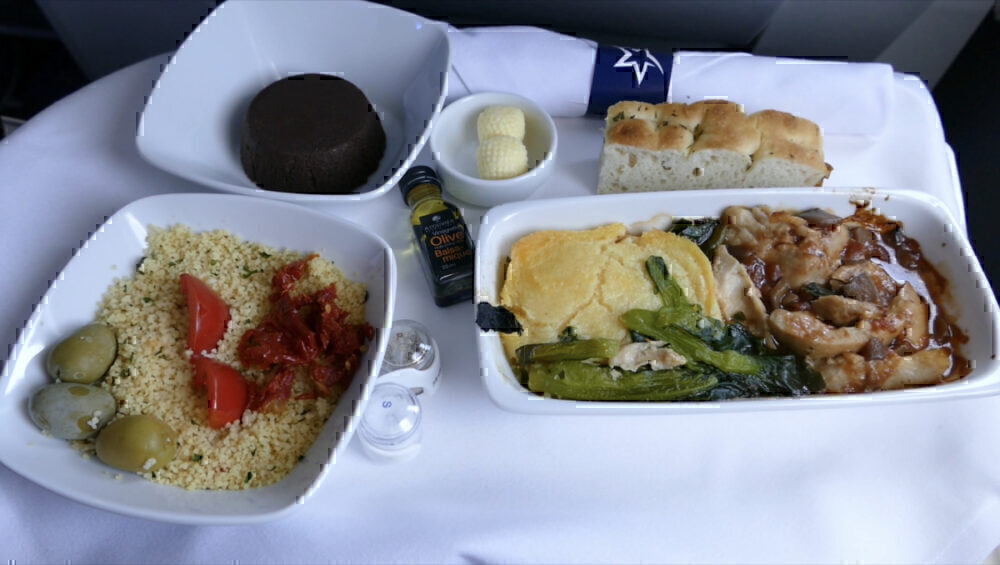 It’s a shame the food was so poor, as the service – with two staff members serving just twelve customers – was excellent and perfectly attentive. 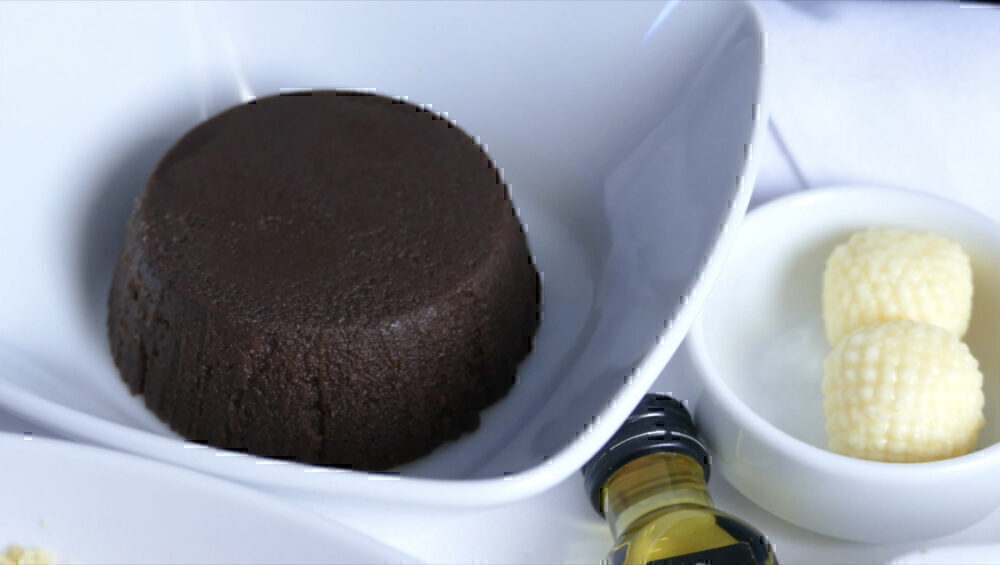 I settled in to watch some content on the IFE. The selection was quite good, with plenty of episodes from the series listings loaded into the IFE. Some airlines only show one or two non-sequential episodes from a particular show, so the depth of choice here was appealing. 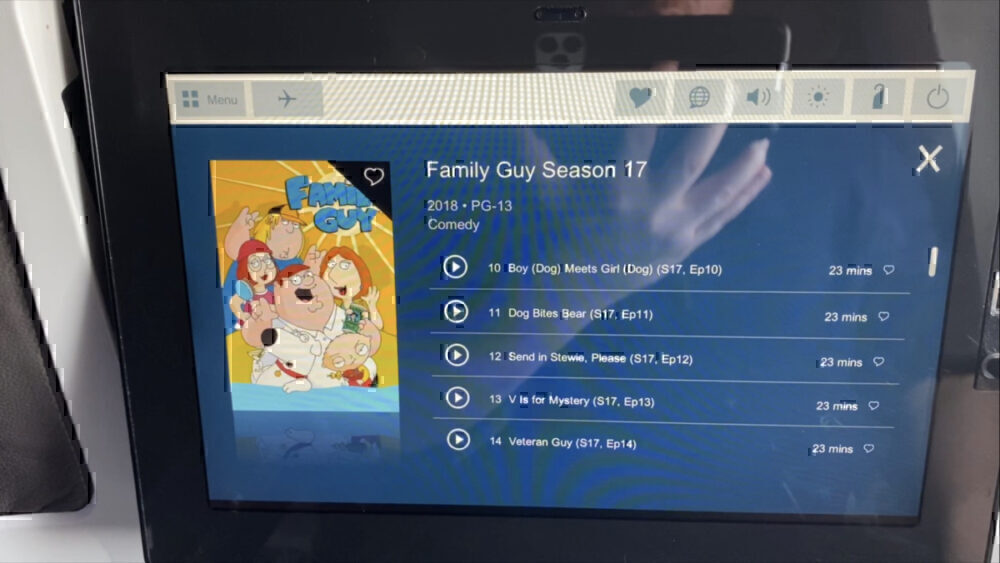 The crew proactively offered snacks throughout the flight. 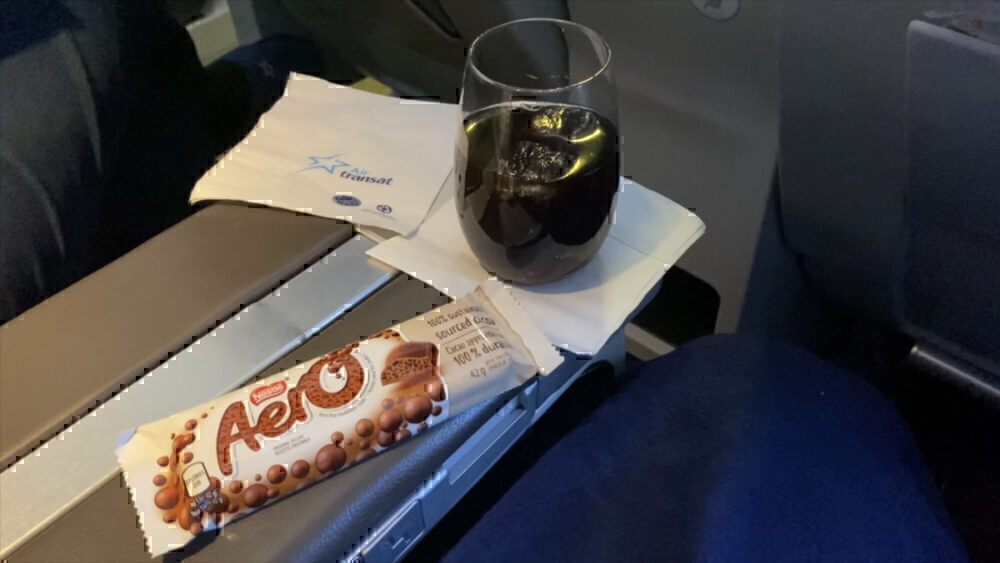 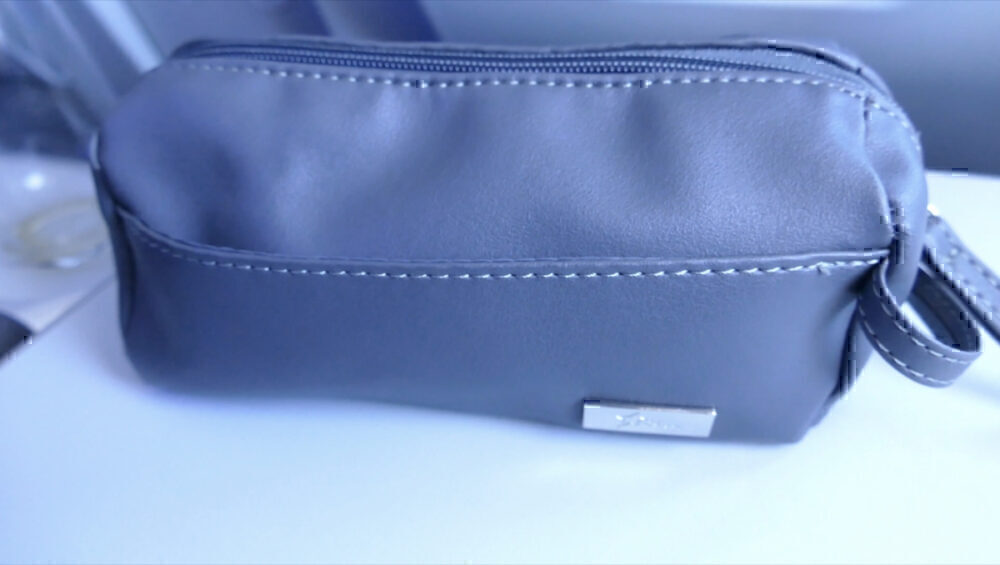 A quick toilet visit confirmed an original metal sink still in situ! These are becoming increasingly rare to see in the skies, as airlines are now very sensitive about fuel costs and efficiency. 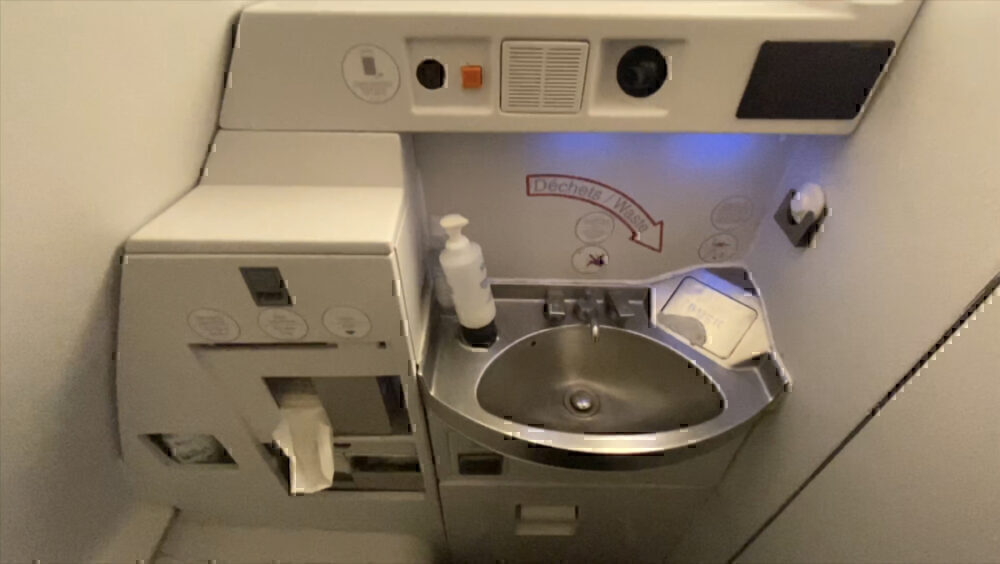 A small meal of cold cuts and a savory pastry was served before landing. Again, not the most appetizing meal, even for a premium economy product, and I was disappointed. 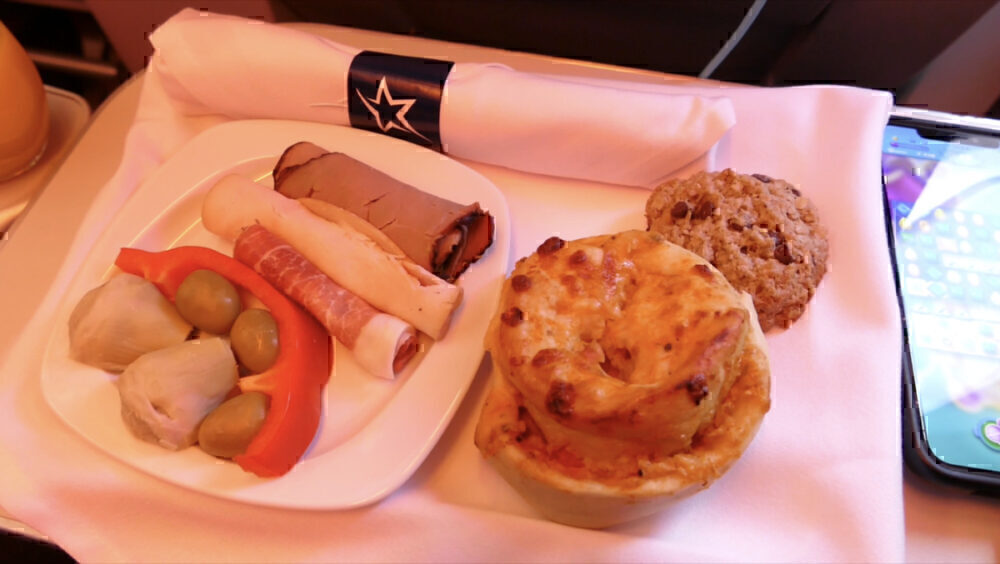 Still, a Baileys coffee to toast my descent into French Canada for the first time was very welcome! 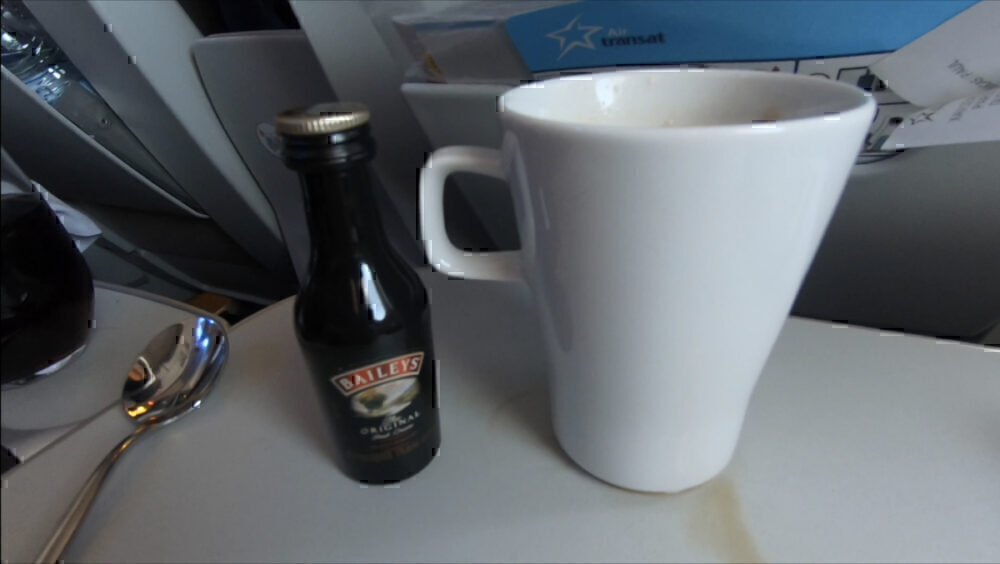 The temperature outside was 10 degrees below zero, with winter still in full force in the Maritimes and Quebec. 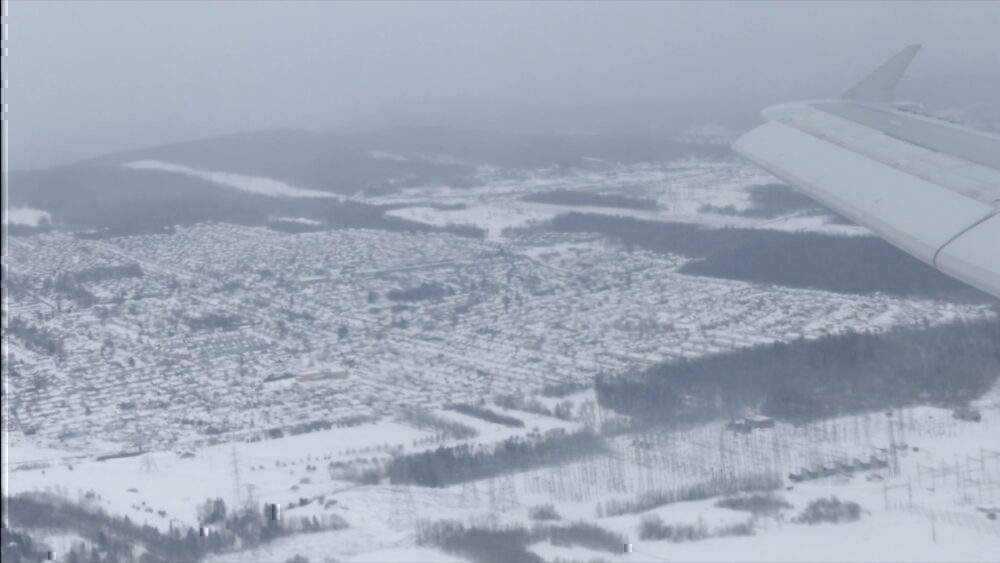 We landed only 30 minutes behind schedule in the end (note the rudder still intact in the below pic). I’d paid for Club Class essentially on a whim, as a way of trying to capture my only A310 in some style. Air Transat is a budget airline, and expectations for the product should be fairly low, but I found the food consistently weak. Nonetheless, a good selection of IFE, a seat which is wider than many of the legacy airlines’ premium economy hard products, warm and genuine staff and of course the sheer novelty of flying this stubby little airliner across the Atlantic made for a good day out. I paid 570 Euro one way, but I’d likely save my cash next time and plump for economy at less than half the price.

Farewell, Air Transat Airbus A310! The only remaining passenger operators are:

…so, if you’re from the Western world, your opportunities for flying on one are now seriously limited. Air Transat now has a fleet of A330 aircraft with a new cabin, along with A321LRs, which are replacing the A310 on the Paris-Quebec route.