AirAsia began a gradual return to service on Wednesday. Starting with Malaysia, the airline is reinstating domestic routes across its network. While this may at first glance seem a source for cautious optimism, the low-cost airline is revisiting its extensive Airbus order book. Rather than taking delivery of new jets as planned, the carrier will end the first year of the decade with one fewer aircraft than it began.

Over 350 orders on the books

Asia’s biggest budget airline is one of Airbus’ largest customers. Since making the switch from a small Boeing-heavy fleet more than 15 years ago, the carrier has ordered a total of more than 660 Airbus aircraft. 349 A321neos and 13 A320neos of those are yet to be delivered.

However, in a statement issued on Wednesday, AirAsia management made clear that it is revisiting the order book, and will not be taking delivery of any new planes until at least the end of the year.

“We do not intend to take any new aircraft deliveries this year with the target to end 2020 with 242 aircraft, a net reduction of 1 aircraft from last year. We are relooking at our orderbook with Airbus.” Executive Chairman of AirAsia Group, Datuk Kamarudin Meranun, said in the statement.

No longer a strong relationship?

According to Reuters, industry sources say that this has prompted Airbus to put up six new planes for auction, as it gave up on AirAsia taking delivery of them. The news outlet also says that a long-running bribery scandal involving the two companies may have been cause for an embittering of the relationship.

Back in January, Airbus agreed to pay a record €3.6 billion ($3.9 billion) in penalties after admitting to large-scale, pervasive corruption to land contracts in over 20 countries. Among the allegations from prosecutors was that a $50 million sponsorship deal from 2012 for a racing team co-owned by AirAsia founders and former Airbus parent EADS had heavily influenced orders.

AirAsia CEO Tony Fernandes and Kamarudin Meranun stepped aside during the investigation but were cleared of any wrong-doing by an independent Malaysian review board. They both returned to their positions less than a month ago. Not that the unprecedented magnitude of the corona-crisis is not enough of a reason for order deferrals, but perhaps the handling of the case did nothing to improve the situation.

AirAsia resumed service today with flight AK5651 operated by one of its A321neo aircraft from Kuala Lumpur to Miri. The airline says it intends to relaunch key domestic routes in Thailand on the 1st of May, followed by Indonesia on the 7th, and the Philippines on the 16th.

AK5651 bound for #Miri #Sarawak from #KualaLumpur #Malaysia 🇲🇾 marked the first #AirAsia flight to begin operations after 32 days of hibernation. A total of 151 passengers were on board the A321neo plane. pic.twitter.com/DqQoGpbHeU

All passengers need to wear face masks and practice social distancing. There was no mention as to how distance would be maintained by the airline on board the flights.

Another heavy blow for Airbus

Airbus just earlier today published losses of €481 million ($522 million) for the first quarter of 2020. Not a very pleasant way to begin a new decade. As more and more carriers either defer or cancel entire orders, the future of the company and its close to 135,000 employees hangs in the balance.

A spokesperson for Airbus told Simple Flying that the company does not comment on discussions with individual airlines. AirAsia was yet to reply to a request for comments at the time of publishing.

How do you think Airbus should adapt to stay afloat beyond corona? Could a pivot towards more cargo-focused production be part of the solution? Let us know your thoughts in the comments. 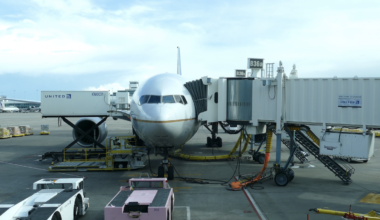 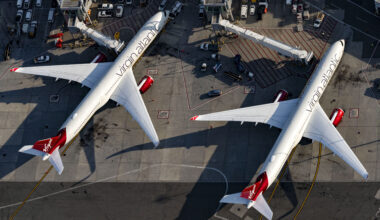 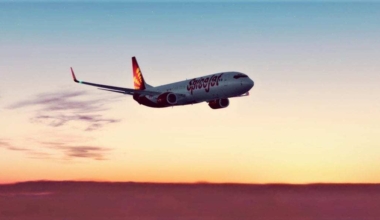