30 And Counting: airBaltic Close To Becoming Europe’s Largest A220 Operator

With three Airbus A220-300s being delivered to airBaltic in as many weeks, the aircraft is now the joint largest operator of the aircraft type alongside the Lufthansa Group’s SWISS. With two more aircraft deliveries planned for the year, the airline will soon become the largest operator in Europe and the second-largest in the world.

The Airbus A220 has shown itself as the little plane that could throughout the pandemic, thanks to its lower capacity and greater fuel efficiency. However, some airlines were already totally committed to the jet long before the pandemic, such as the Latvian carrier, airBaltic.

airBaltic has a firm order for 50 Airbus A220-300 jets, an aircraft called the Bombardier C-Series when it was first delivered to the carrier. The Riga-based airline was actually the launch customer for the larger of the two A220 variants.

This weekend the airline took delivery of YL-ABD, its 30th Airbus A220. This puts the carrier in joint first place on the list of largest A220 operators in Europe. According to data from ch-aviation.com, the aircraft is just 0.05 years old, having taken its first flight on August 11th. The aircraft arrived in Riga this morning at 08:49, according to data from RadarBox.com. It had departed from Montreal at 18:12 yesterday, giving a flight time of seven hours and 37 minutes.

The launch customer of the smaller variant, and thus the launch customer for the entire A220 (C-Series) program, was SWISS. Today, the airline also has 30 aircraft in its fleet. This consists of nine -100s and 21 -300s. With no further aircraft on order for SWISS, airBaltic will shortly become the top A220 operator in Europe.

While airBaltic is set to remain the largest European Airbus A220 operator for the time being, if the current order books don’t change, it will be overtaken in due course. On Friday, Simple Flying reported that the first Airbus A220 bound for Air France had undertaken its maiden flight.

As things currently stand, Air France has firm orders for 60 Airbus A220 aircraft, ten more than airBaltic. Of course, it will take a long time for these to be delivered. Meanwhile, airBaltic has options for a further 30 A220s, meaning it could bump its order up to a total of 80 aircraft.

Should it exercise these options, it would become the joint-second largest carrier with the type. US startup Breeze Airways also had 80 on order, while JetBlue has 70. Of course, Delta will remain the largest A220 carrier with a staggering 95 jets on order.

Whether or not airBaltic remains the largest A220 carrier in Europe, the airline hopes to become a one-stop shop for all things A220. With two simulators and a new seven aircraft hangar, the airline wants to offer everything from training to maintenance services for any other A220 operator willing to use the services.

It makes sense for airBaltic, as it only operates the jet. For a smaller airline such as Air Austral with three aircraft, it wouldn’t be so economically viable to start an A220 focused center.

What do you make of airBaltic’s 30th Airbus A220 delivery? Let us know what you think and why in the comments below! 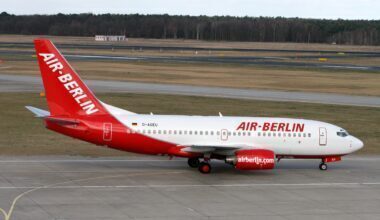 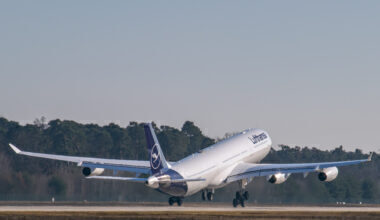 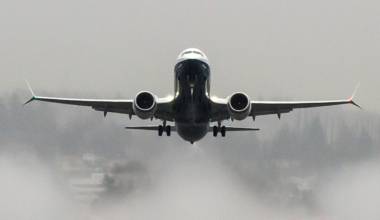 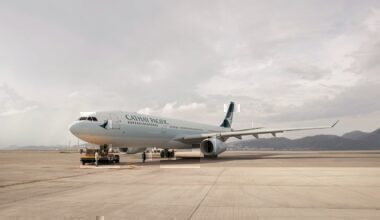 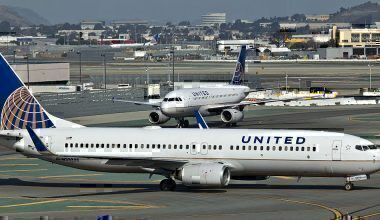 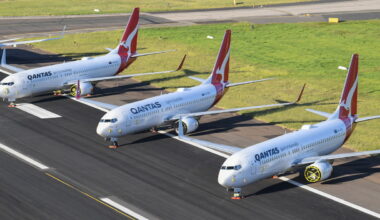