What Happened To airBaltic’s Fokker 50 Aircraft?

The Latvian airline airBaltic now operates a fleet of four aircraft types. But it no longer operates its Fokker 50 aircraft. Today, we take a look at what happened to its fleet.

According to Air Fleets, airBaltic operated the Fokker 50 in 19 instances. It has three aircraft which it has stored and the remainder have met other fates. Of the surplus 16 aircraft which have not been stored, various saw multiple lifetimes with airBaltic under different registrations.

The first Fokker 50s for airBaltic were acquired before the turn of the 21st Century and some of the fleet remained flying with the airline all the way until 2017.

Let’s take a look at the earliest models.

Fokker fleet acquired in the 1990s

In the 1990s, airBaltic had three Fokker 50s operating in its fleet. The first was active from 1998 and the other two started operating in 1999.

airBaltic’s 1998 Fokker was acquired in November 1998 and was registered YL-BAR. It was acquired from Estonian Air and flew until 2013 when airBaltic decided to store it. It was with the airline for a further two years before it was passed onto Amapola Flyg. Amapola Flyg is one of the last remaining airlines to fly the Fokker 50. It has 18 in its fleet. Eight of the aircraft are freighters, which was the configuration that YL-BAR left airBaltic with.

YL-BAS was the next aircraft to arrive at airBaltic and it had a similarly long run. It came in May 1999 from a 10-year stint with SAS. It operated until February of 2013 and went to Air Panama in July, where it currently resides.

This history repeated itself; YL-BAT had basically the same life as its predecessor. It arrived at airBaltic a month after YL-BAS in 1999 and operated until March 2013. YL-BAT was stored and then followed YL-BAS to Air Panama in October 2013. The Fokker additions were part of Air Panama’s fleet expansion that went alongside its new image after it changed its name from PARSA. YL-BAT is still active.

The 2000s were when airBaltic’s acquisition of the Fokker really took off. It acquired 10 of them starting in 2002.

YL-BAU was the first to arrive in September 2002. It is recorded to have flown between Latvia and the Nordic countries of Finland, Denmark and Sweden as well as Estonia. It operated with the airline for 12 years until it was stored in April 2014. After just over three years, the aircraft went to Amapola Flyg, like others before it. It started operating with Amapola in July 2017 as a freighter.

YL-BAZ arrived in 2003. It is recorded by Air Fleets to have served the airline three times. The first was in November 2003. Later, in October 2007, it returned as LY-BAZ and then two years later it returned as YL-BAZ in late December 2009. airBaltic now has it stored. It has been in storage since September 2012.

Two other aircraft are also stored with airBaltic. They are YL-BAV and YL-BAW. -BAV was acquired in 2005 and served three terms with the airline under two different registrations before being stored in 2012 as OE-LRJ. -BAW was an aircraft that came from Newair in 2003 and operated for 10 years. In May 2013, it was put into storage with airBaltic.

However, most of airBaltic’s ex-Fokker 50 are still active.

SE-LJI is one aircraft that, despite not being active in the airBaltic fleet, is active today with another airline. The aircraft came from Amapola Flyg in June 2005. It had been with Amapola Flyg since April. airBaltic operated the aircraft for less time than it previously had done with any other aircraft. It flew between June 2005 until September 2006 when it was returned to Amapola Flyg. Amapola Flyg had it for longer this time, all the way until 2019 when it was stored. Since June of this year, the aircraft has been operating with Silverstone Air Services.

YL-BAA arrived in 2008 from Skyways Airlines. It stayed with the fleet until it was stored in April 2014. It then went to Amapola Flyg in 2017. From here, it was leased to Braathens Regional where it is still active.

YL-BAC was active with airBaltic for four years from 2009 to 2013. It left the airline as a freighter aircraft to join Amapola Flyg. It has been there since 2015.

Only one of airBaltic’s ex-Fokker 50 aircraft was ever scrapped. It was registered YL-BAO and initially came from KLM Cityhopper in 2005. It stayed active with the airline until 2012 when it was stored. In 2013, it went to Minoan Air who flew it for under two years. It stored the aircraft in 2015 and after that, the aircraft was scrapped.

A fleet without a Fokker

Do you remember airBaltic’s Fokker 50 fleet? Let us know your thoughts below! 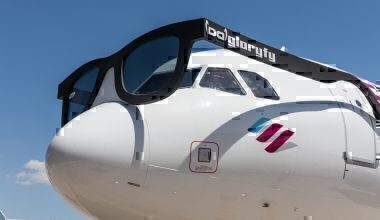 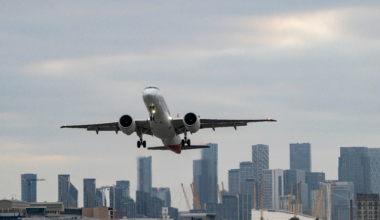 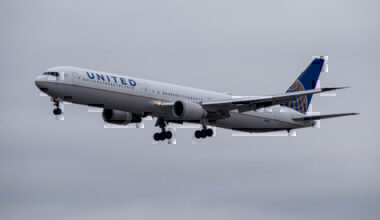 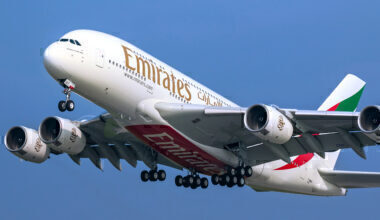