Latvian flag carrier airBaltic is known today for having a very young fleet consisting entirely of Airbus A220-300s. In terms of twinjets, it also most recently operated designs from the Boeing 737 family, retiring its final examples last year. However, the airline also has an interesting history when it comes to its former turboprop fleet. Let’s take a closer look.

The Fokker 50 was one of airBaltic’s two main turboprop families. According to data from ch-aviation.com, the Latvian flag carrier flew 10 of these Dutch aircraft between 1998 and 2014. Specifically, these aircraft joined airBaltic between 1998 and 2009. airBaltic re-registered several examples, with their ‘YL’ prefixes changing to ‘LY,’ and the back to ‘YL’ again.

The airline disposed of its Fokker 50s over a two-year period in the early to mid-2010s. The first left in 2012, with the last departing in 2014. They went on to fly for carriers including Air Panama, Jetcom, and even Minoan Air, which briefly served London Oxford Airport.

The last to go: a dozen Dash 8s

airBaltic’s most numerous turboprop family was the Bombardier Dash 8 series, with the Latvian flag carrier operating 12 examples of the Q400 variant. It flew these 76-seaters for the duration of the 2010s. Interestingly enough, they replaced the Fokker 50 at airBaltic.

Data from ch-aviation shows that eight brand-new Dash 8s joined the airline in 2010. The final four then followed these aircraft in 2013. In February 2020, Simple Flying reported on an incident in which an airBaltic Dash 8 suffered a depressurization at 25,000 feet.

A month after this incident, the Dash 8’s story at airBaltic came to an end. The Latvian flag carrier withdrew all 12 aircraft between March 13th and 16th last year, amid the onset of the coronavirus pandemic and increasing Airbus A220 deliveries. Sadly, despite being just 10 years old or less at the time, all 12 aircraft have remained in storage ever since.

In addition to its reasonably-sized contingents of Fokker 50s and Dash 8s, airBaltic also flew a single Saab 340A. Originally delivered to Switzerland’s Crossair in July 1984, this 33-seater joined the Latvian flag carrier second-hand in October 1995 as SE-LBP. After five months, the airline re-registered this aircraft as YL-BAG. It retained this identity until it left airBaltic.

The aircraft joined Finnish carrier Air Botnia in February 1999. As a passenger aircraft, its owners after this were situated in Sweden, Denmark, and Spain. Under the ownership of UK company Bridges Worldwide, the aircraft underwent a cargo conversion in 2006. It has gone on to fly airfreight in this configuration for a variety of European operators.

The aircraft now flies for Estonian carrier Airest as ES-LSG, with ch-aviation’s data showing that it has done so since November 2015. Despite being 37 years old, RadarBox.com reports that it last flew just yesterday, from Budapest (Hungary) to Timișoara (Romania).

Did you ever fly on one of airBaltic’s turboprop aircraft? If so, which kind, and where did it take you? Let us know your thoughts and experiences in the comments! 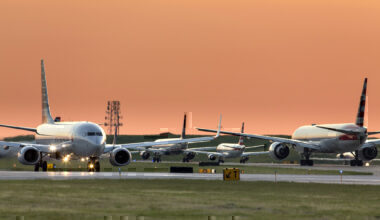 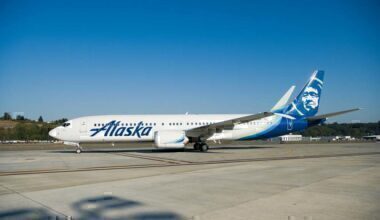 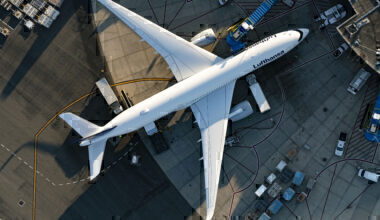