Could There Ever Be An Airbus A220XLR?

When Airbus launched the A321XLR at the Paris Air Show last year, airlines were enthusiastic about placing large orders for the long-range narrowbody. In fact, upgrading and pushing the limits of its A320 family of aircraft – particularly the A321 – has been one of Airbus’ most successful decisions in recent memory. Could it do the same with its newer A220?

The success of redeveloping the A321

As we’ve discussed in recent articles, the A321 platform has been given new life several times now. First launched in the late 1980s, the A321 went from its original form through to a revised NEO version in 2014. Shortly after, the A321LR was launched, and several years later, the A321XLR.

The transition from the ‘current engine option’ (CEO) to NEO was, as the name suggests, done through the upgrading of the aircraft’s engines. Larger powerplants with a higher bypass ratio have made the A320neo family of jets much more efficient than its predecessors.

However, beyond this, Airbus achieved more range with its A321 through some clever engineering. In fact, the additional range of the XLR over the LR was achieved by equipping the A321 with a permanent rear center tank as explained by Airbus:

“The RCT, which is unique to the new long-range A321XLR, is a permanently installed high-capacity fuel tank that makes maximum volumetric use of the aircraft’s lower fuselage. The RCT structure […] is located behind the main landing gear bay and holds up to 12,900 litres – which is more fuel than several optional Additional Centre Tanks (ACTs) combined could hold previously in the A321 Family.”

So, then, the big question of the day is, “could Airbus do the same thing with the A220 family?”

The question came to us via one of our YouTube channel videos after discussing the routes that the A321XLR could fly. It’s an intriguing thought – one that we thought was worth looking at, given both the popularity of the A220 and A321XLR.

As with every aircraft designed and built, there are two factors that Airbus would need to examine: The engineering required and the potential market demand.

Adding additional fuel tanks is more feasible with larger aircraft. In terms of proportion and size relative to the overall aircraft, additional tanks would still leave sufficient room for cargo. Of course, if an aircraft is smaller, then an extra fuel tank may just gobble up too much space – areas that would be better served holding baggage and cargo.

We can see in the video below that with a very small aircraft, extra fuel tanks could easily fill up space where passengers would normally sit.

Airbus would need to make sure that an extra fuel tank would be large enough to offer significantly more range while still leaving enough room in the aircraft’s belly to transport goods.

Is there market demand?

Then, there’s the big question of whether or not airlines would be interested in such a jet. We could say with some confidence that if the A220XLR were available to fly today, airlines would be fighting for it. This is due to the current condition of the aviation industry, which has seen passenger demand kept low due to travel restrictions.

At the moment, many long-haul flights are taking off with unfavorable load factors. If airlines could (safely) fill their aircraft and still operate long distances, they probably would.

On the other hand, when it comes to a smaller aircraft and fewer passengers, efficiency in terms of slot-utilization, staffing, maintenance, and other overhead costs does become a bigger factor. Again, it’s a fine balance between going the distance and doing it profitably. Perhaps, then, it’s more likely we would see an A220XLR – but only after the A220-500 is launched (although it could take awhile).

What do you think? Is there a market for a lower-capacity, ultra-long-range aircraft? Let us know your thoughts in the comments! 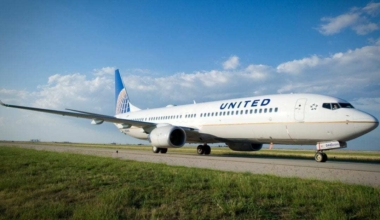