Airbus has announced that it has completed the first center wing box for the forthcoming A321XLR. This significant achievement was delivered by the Airbus teams in Nantes, France, and marks one of the first major components to be delivered to Hamburg for structural assembly.

The Airbus team in Nantes, France, has completed the first A321XLR center wing box (CWB). This is one of the first significant components to be completed for the new aircraft type and has now been delivered to Hamburg, ready for the start of structural assembly of the first XLR. The CWB was completed 16 months after the first metal cuts.

Known as ‘Section 15’ in the Airbus A320 family of jets, the CWB is the structural heart of the new aircraft. While all aircraft have this part, the nature of the increased takeoff weight of the A321XLR means it presented something of a challenge to the specialists in Nantes. Airbus Integrated Product Team Nose & Forward Fuselage (IPT NFF) A321XLR Program Leader Yannick Valette and CWB Project Leader Richard Hue explained,

“The CWB is always the first major component on each new aircraft development to be produced, so we must mature its design very early and manage its interdependencies with fuel systems, load calculations, as well as physical interfaces to the airframe aerostructure components developed in France, Germany and the UK.”

The A321XLR will carry more fuel than the standard A321neo to support its increased range. This means it will fly with a greater maximum takeoff weight (MTOW) than its sister aircraft. As such, the CWB required over 200 modifications from the standard design in order to support the new airframe.

Parts needed to be reinforced, including the spars, frames and upper and lower panels. As well as this, components for the fuel system needed to be integrated into this section to allow fuel supply from the Rear Center Tank (RCT). In total, the A321XLR will carry some 40,000 liters of fuel, 12,900 liters of which will be housed in the RCT.

Once the CWB was completed, it was delivered to the Hamburg site using Airbus’ own massive load-hauler – the Beluga. Here, it will be integrated into the front part of the center aft fuselage, along with another section – section 15, the RCT flange module.

When integration is complete, Airbus engineers can move on to begin assembly of the main components of this first A321XLR. This will be undertaken in the dedicated ‘structure pilot line’ in Hamburg.

Back in Nantes, work on the next two CWBs has already begun. All of these CWBs will be supplied for test aircraft. Airbus says that it intends to begin working on the first CWB for a customer aircraft in the fourth quarter of the year. The aircraft is due to be launched by Lebanese flag carrier MEA, so it is likely its CWB will begin assembly before the end of this year.

While it’s exciting to see the A321XLR beginning to take shape, there’s still some time to go before we get the opportunity to fly on one. Airbus is targeting an entry into service of 2023 for this long-range, narrowbody aircraft. 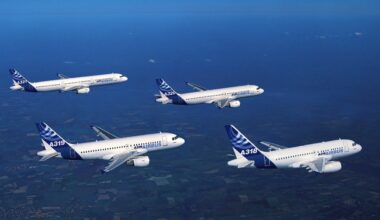 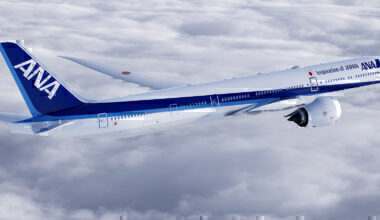 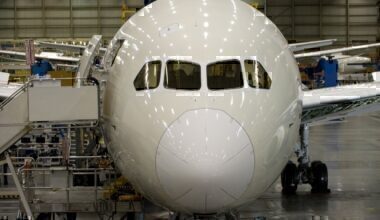