The Airbus A330 program was developed back in the late 1980s. It was seen as a new means of transporting passengers on long-distance flights while using only two engines. Boeing, sensing a change in the wind, wanted to get in on the action. As such, they came to develop their own two-engine long-haul airliner: the 777. But which is the better aircraft?

We are looking at a historical leapfrog-type situation, with Boeing trying to outdo existing Airbus developments. Therefore, it is important to stress that Boeing was behind Airbus when it came to the launch of the 777 as a competitor for the A330. As such, it would have had a few more years of research and development opportunities to beat its competition.

The data table below depicts an outline of all the different types of Boeing 777 aircraft, apart from the next-generation 777X series. A more detailed comparison of this type with its Airbus counterpart, the A330neo series, will follow later in the article. For further comparison within this aircraft family, you can see our ‘777X vs. 777-300ER‘ article, published last month.

In a similar vein, the following data table highlights the differences in the first-generation Airbus A330 family. As above, we have also included the freight variant for the sake of comparison.

In terms of passenger capacity, the charts above show that the A330-330 is very similar to the 777-200. Indeed, one might come to expect this, given that their dimensions are almost identical. However, the A330-300 is the largest variant of its family, whereas the 777-200 is the smaller variant.

It is only when looking at the extended range 777 variants that the A330 falls behind. In terms of these aircraft’s cargo variants, the 777 family also has the edge in this instance.

Whilst we know that airlines don’t pay list value for aircraft, one does wonder why airlines would pay as much as $97 million more. Indeed, comparing the two aircraft families’ specifications has shown that the A330 is, more often than not, a strong competitor.

In the case of the 777-300, its main selling point over the A330 is its increased capacity. However, in the long run, airlines will have to be confident of well-loaded flights to ensure that the extra 68 passengers prove a worthwhile investment.

On the whole, it is difficult to say which aircraft is better. While the A330 family is smaller than the Boeing 777, its cost and range still make it an attractive proposition for airlines. However, beyond the first generation, the A330 no longer remains competitive compared to the extended range 777 variants. As such, it is here that the American manufacturer has the edge.

The 777X is perhaps more comparable with the A350. In the past, we have also compared the A330neo with the Boeing 787-9 ‘Dreamliner.’ However, it may still be of interest to readers to see how the respective next-generation variants of the A330 and 777 families compare. Their specifications are as follows:

With the 777X simply being a larger aircraft than the A330neo, it has several operational advantages. These include better passenger capacity and better cargo space. The latter of these aspects has recently become particularly lucrative for airlines worldwide. Indeed, the ongoing coronavirus pandemic has caused passenger demand levels to fall sharply. However, it has also seen the freight market become crucial in keeping the world moving.

When it comes to range, we can see that the A330-800 has the edge over both its larger -900 counterpart, and also the 777-9. However, it falls behind the 777-8 in this aspect. Indeed, both versions of the A330neo fall just behind their respective 777X counterparts.

As such, airlines are faced with something of a dilemma. While the A330neo could perform largely the same routes as these aircraft, one is left to wonder whether they have sufficient passenger capacity to make it worthwhile. Perhaps it is an aircraft best suited to so-called ‘long thin routes.’

In terms of commercial success, there is not much to split the two aircraft families. The Airbus A330 was launched with Air Inter in 1994, and has sold 1,506 examples. Meanwhile, since its launch with United in June 1995, Boeing has produced 1,649 examples of the 777 family. Both types continue to see widespread active service worldwide today.

One also has to consider the passengers’ perspective. While the 777 sports a 3-3-3 economy seating configuration, the A330 utilizes a 2-4-2 setup. Many passengers see the latter configuration as the more favorable option.

Indeed, it allows couples to have a pair of seats to themselves, and no seat is more than one place away from an aisle. Furthermore, economy passengers on A330 aircraft often enjoy slightly wider seats. This is due to there being one seat fewer per row than in the 777’s 3-3-3 economy cabin.

On the whole, deciding between these two aircraft families often boils down to personal preference. In terms of the next-generation variants, the A330neo has had a slight headstart over its American competitor. It launched commercially with TAP Portugal in December 2018.

Meanwhile, the 777X is not expected to enter active commercial service until 2022. It will certainly be fascinating to see how these next-generation models end up performing in years to come. 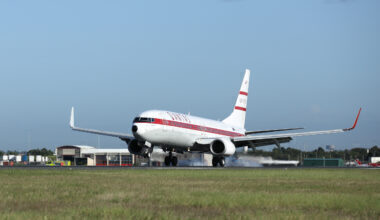 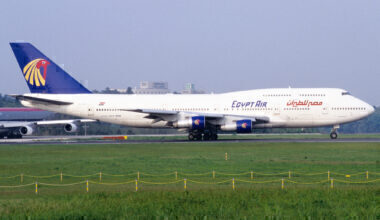 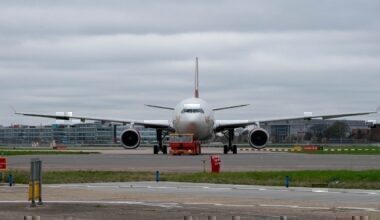