Airbus A350 Bug: Some Planes Need To Be Turned Off Every 149 Hours

Some models of the Airbus A350-900 have an avionics issue for which EASA has issued an Airworthiness Directive. The issue can be rectified by a software update, or by switching the aircraft off and on again at least once every 149 hours.

In this day and age, you’d think that the question “have you tried turning it off and on again?” would be redundant. However, it seems not, as some operators of the Airbus A350 are doing just that, every 149 hours.

The Register reports that the European Aviation Safety Agency (EASA) issued an Airworthiness Directive effective from today (26th July) urging operators to turn their aircraft off and on again to avoid “partial or total loss of some avionics systems or functions”.

According to the AD, the issue was originally related to in-service events which caused a loss of certain aviation functions. Specifically, it said,

“Prompted by in-service events where a loss of communication occurred between some avionics systems and avionics network, analysis has shown that this may occur after 149 hours of continuous aeroplane power-up. Depending on the affected aeroplane systems or equipment, different consequences have been observed and reported by operators, from redundancy loss to complete loss on a specific function hosted on common remote data concentrator and core processing input/output modules.”

Without getting too technical, the modern A350-900 uses 21 Core Processing Input Output Module (CPIOM) modules to interpret data from various flight control operations. These are delivered to pilots via a number of apps. The detail of the EASA AD suggests that one or more of these apps could be lost if the instructions are not followed.

The Register noted that the Airbus A350 training manual shows many crucial apps are used through the CIPOM. These include the fuel quantity management system, the cabin pressure control system, wing ice protection systems and the landing gear extension and retraction system. Clearly, losing any of these functions could lead to unsafe conditions for the aircraft.

Airlines known to be operating the A350-941 model which are subject to this AD include Air France, Delta Air Lines and Lufthansa. British Airways and Virgin Atlantic are not affected as they are receiving A350-1000s which do not experience the problem.

Airlines were already told to do it

The issue here is not that Airbus needs to develop a fix, because they already have. In fact, the software patch was developed in 2017, along with an Airworthiness Directive (AD) from EASA compelling airlines to apply the patch.

The original AD was issued on 1st August 2017, and was reissued on the 19th July 2018. Today’s revision includes an exemption for aircraft which have had the patch installed during production. The Airbus patch, known as mod 112312 and mod 112313 has been available to airlines for some time, although the AD doesn’t explicitly instruct airlines to apply the fix.

The AD itself leaves two routes to compliance for airlines. Firstly, they can install the Airbus software updates for a permanent fix to the problem. Alternatively, they can continue switching the aircraft off and on again at intervals of no more than 149 hours.

You’d think that the correct course of action would be to get the mods installed. However, for airlines, a plane on the ground is losing them money. As such, many operators are choosing to continue with the ‘off and on again’ process rather than take their A350 out of service for the update to take place. 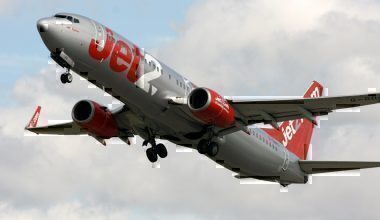 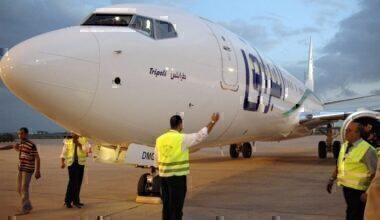