Could The Airbus A350 Reinvent The Long Haul Low Cost Industry?

Could the Airbus A350 herald in another age of low-cost travel? If utilized by a smart low-cost-carrier, could the aircraft’s engine efficiency, density and cost savings add a new dimension to low-cost long-haul?

One airline caused plenty of grief to the aviation industry back in 2018. Norweigan Air Shuttle, with its low-cost Boeing 787 aircraft crisscrossing over the Atlantic, rocked the marketplace. By skipping out on meals, blankets, and headphones, as well as packing economy in tight, Norwegian was able to increase its profit per customer high above the full-service carriers.

Part of its success was the construction of the Boeing 787, with its composite design and fuel efficiency. As a result, Norwegian was able to have a much lower cost-per-seat than any of its competitors. This plunged airlines into a price war, with groups like IAG scrambling to try and combat this new entrant.

The full-service airlines with their bigger fleets of more expensive aircraft (Boeing 777s and A330s) made the move to update their service (such as unbundling business class) as well as lowering their prices to entice passengers. An equilibrium was found, with airlines able to stake out a point of difference against the rise of international low-cost-carriers or bring their cost-per-seat down to match.

Air France, one of these full-service airlines, managed to bring its ‘Cost per Available Seat-Kilometer’ or CASK down to around five cents, thanks to the densification of its Boeing 777 fleet.

As reported by Runway Girl Network, its Boeing 777s were ‘upgraded’ from 468 seats to 472 seats by moving to a denser economy cabin. This new CASK number is the equivalent of what low-cost rival LEVEL achieves onboard its Airbus A330-200 with 314 seats, with a fully unbundled ticket.

However, low-cost carriers have found a not-so-secret weapon to give them an edge in the next round of battle with their flag rivals… the Airbus A350.

Why is the Airbus A350 a threat to Air France?

Low-cost carriers have realized that the A350, particularly the bigger A350-1000, has a tiny CASK score if deployed with the same principles that made Norwegian so successful across the Atlantic.

For example, Air France’s local rival French Bee (the only airline to exclusively operate the Airbus A350) will be able to achieve a CASK of only four cents thanks to a 3-4-3 economy cabin with 389 seats onboard. The airline has an A350-1000 with 480 seats on board coming soon that will be able to push the CASK even lower, to a point where Air France won’t be able to compete.

And this has made Air France concerned.

“The Airbus A350-900 and -1000 are starting to enter the fleets of some of our leisure competitors,” Air France-KLM CEO Ben Smith recently told investors via Runway Girl Network “That will bring down the unit cost for those airlines by approximately one cent.”

But the airline isn’t jumping into action yet. With Norwegian suffering financially and other international low-cost carriers going out of business last year, it is confident that passengers are choosing luxury over the cheapest price.

“Based on what we’ve seen – XL go out of business here in France, Aigle Azur [too] – we believe the strength of the long-haul, low-cost carriers in France is not that strong. And we do have a product that can keep us in that market for now.” 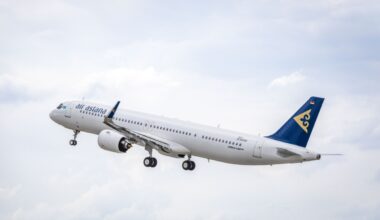 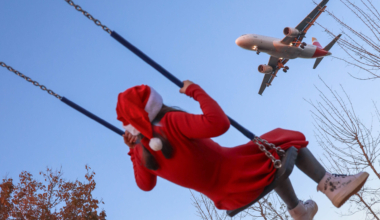 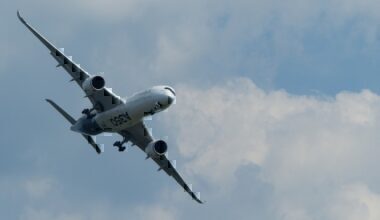