Airbus Bites Boeing By Advancing On Alabama A220 Assembly Line

Airbus has announced that it has contracted HMP to supervise and oversee the construction and installation of a production line for its Airbus A220 aircraft. The development is one of the final moves in the battle between Bombardier and Airbus one side, and Boeing and the US Department of Commerce on the other.

The move is another chapter of the Bombardier C series aircraft, which has been a subject of a commercial dispute for the last few years. At the heart of the matter is Boeing’s allegation that Bombardier is dumping the aircraft by selling it to Delta Airlines for as little as $20 million per unit. This is dumping according to Boeing, which claims the Aircraft costs at least 30 million to produce. Boeing has raised the issue with the Department of Commerce which, imposed heavy tariffs on the aircraft.

The root cause of the problem is subsidies, when bombardier ran into difficulties with its program in 2013, the Canadian government and the government of Quebec, gave the company loans and took a state in the program. Boeing claims these are subsidies that allow Bombardier to sell the aircraft below its production cost. Conveniently Boeing forgets to mention the $14 billion it has received in subsidies and other tax breaks for the US government and states over the last 20 years.

It is these subsidies that led the Department of Commerce to adjudge that Bombardier was dumping, and led the department to slap 300% tariffs on the aircraft.

No one is sure at this point, will the department of commerce impose tariffs on what is an American product, or will they only exempt the 48% of the aircraft that is made in the US no one is sure. One thing that is also not clear is whether the EU will step in to support Airbus or not. Historically the EU has been a strong supporter of Airbus and has the financial and economic power to stand up to US regulators by imposing tariffs and other trade barriers. We will just have to watch this space. 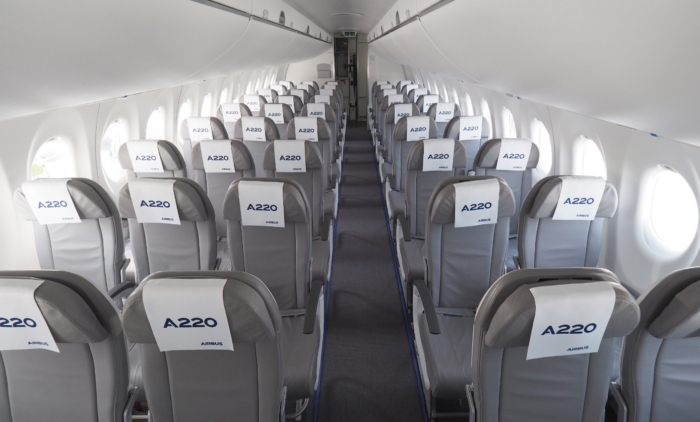 The ultimate loser in this situation is Boeing. By its admission, the company does not make an aircraft in the class of the A220, and its previous outing into these smaller jets was a failure. By pursuing Bombardier, Boeing has successfully managed to give Airbus, an aircraft that it cannot match. The Airbus family of aircraft is now more diverse, and offers a class of aircraft Boeing does not make, and even more importantly Airbus is expected to sell 3,000 of the A220 aircraft in the next 15 years.

This whole situation highlights the complexities and issues when politics, business, and international trade collide. Airbus decided to build the A220 in Alabama is a convenient way to circumvent measures taken against t it by Boeing and the administration. Ultimately the only loser from this development are Boeing, which has failed to kill off the A220 sales in the US. The clear winners are Bombardier and Airbus, and arguably the people of Alabama.