Stelia Aerospace has delivered the first fuselage sections for the Airbus A321XLR to the planemaker. The manufacturer had been working on three sections at each of its Méaulte and Rochefort sites, all of which were delivered to Airbus today. The sections make up the entirety of the front fuselage of the A321XLR.

The A321XLR continues to hit major milestones as Stelia Aerospace has revealed today it has completed and delivered some major components for the aircraft. The French manufacturer was building six sections for the A321XLR, three in each of its Méaulte and Rochefort sites, all for the front fuselage of the aircraft.

Both sites completed the work and handed over the components to Airbus today. The company said that the XLR requires modification on all these sections of the front fuselage, compared to previous versions, tasks which have been in development since 2019.

“In the name of STELIA Aerospace, I am very happy and proud to have delivered today, according to schedule, our first elements for the A321XLR, the latest member of the Airbus single-aisle family, which will be a real game-changer on the long-range market. We have successfully completed the challenge of delivering in extremely short lead times.”

The components were delivered to Saint-Nazaire for the major component assembly stage of the forward fuselage. The aircraft is well on track to take its first flights next year, with entry into service planned for 2023.

Airbus has long survived by manufacturing its aircraft parts in various locations around Europe and beyond. Widespread, independent manufacture has become a hallmark of Airbus’ operations, supported by a network of land, sea and airborne transport to get the components to the final assembly line.

The A321XLR is no different, with parts being made by numerous specialist suppliers across Europe. Premium Aerotec recently delivered the first Rear Center Tank (RCT) for the XLR from its plant in Augsburg, Germany.

Airbus’ plant in Broughton, UK, is naturally focusing on the wing development, but is also collaborating with companies from further afield. Spirit AeroSystems in Malaysia is partnering on the inboard flap, while FACC in Austria is developing the outboard flap. Fixed components such as the stringers and spars are taking shape at Broughton itself.

For the landing gear components, Safran, Collins and Triumph are all involved, while the fueling systems are being formed by Collins and Parker Aerospace. Airbus itself has been developing the engine pylons at its production plane in St. Eoli, Toulouse, while the Center Wing Box has been completed at Nantes.

Completed components will then arrive at Airbus’ own factory in Hamburg for the Major Component Assembly operations. Airbus has prepared the necessary tooling in a dedicated production line at ‘Hangar 260’, which will keep everything A321XLR-related separate from the main A320 line. This, the manufacturer says, will ensure it is capable of a gradual ramp-up towards maturity without impacting the rest of its single-aisle production. 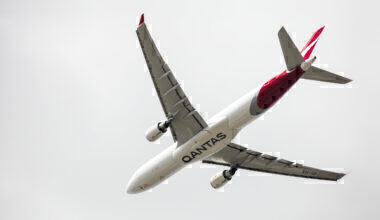 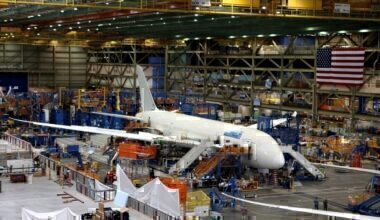