The Airbus MAVERIC – A Look Inside Its Stunning Cabin Blueprints

Airbus introduced us to the concept of the Airbus MAVERIC (Model Aircraft for Validation and Experimentation of Robust Innovative Controls) earlier this week at the Singapore Airshow. Now, we know what the MAVERIC could look like on the outside, with its unusual blended wing, but what about on the inside? Let’s explore what this very different cabin could offer.

For almost a century, aviation has based its aircraft designs on the principle of having a space for crew, passengers and cargo in the middle, with wings out to the sides. Essentially, we’ve been flying in high tech toilet roll tubes with bits sticking out of it.

As such, all the cabin designers, seat manufacturers and airline specifiers have developed pretty similar solutions for the interiors of these flying machines. They generally involve squeezing as many seats in widthways as possible, with either one or two aisles, and rows as close together as possible without actually cutting off passengers circulation below the knees.

Unconstrained by the encroaching, curved walls of a fuselage, the MAVERIC gives designers a lot more usable space to play with. Designs could really push the boundaries of what we have come to expect from air travel and bring us a very different, possibly much improved, experience.

Here’s a video of the miniature prototype in action, in case you missed it.

What can we expect from MAVERIC’s cabin?

With the MAVERIC having such a large expanse of space in the middle, there is ample opportunity for airlines to break away from the ‘aisle with seats on each side’ mentality. For a start, it would need more than one, possibly even more than two, aisles, in order to deplane passengers quickly in an emergency.

With no long pointy tube to fill, business class may no longer be at the front of the plane. Perhaps, as the Airbus mock-ups suggest, business could filter to one side while economy would remain on the other. Over in business, the increased floor space could allow for massive innovation too, such as these swivel chairs.

The problem, for some fliers at least, would be that those who are traveling in the middle of the cabin would be a long way from any windows. While this would be disappointing for sky gazers, it does open up opportunities for airlines to get more creative with this area.

Perhaps we could see some of those virtual ‘windows’ like Emirates uses on board its middle seat first class suites. Or perhaps airlines could install folding economy lie flat beds, to give everyone a comfortable trip. Who knows, but the possibilities are both intriguing and exciting!

There is one more place that the MAVERIC really gets interesting, and that’s where the wings meet the cabin. The blended wing construction leaves a temptingly inviting space for use at the widest part of the wings. Let’s take a closer look at that Airbus mock-up.

Do you see what I see? Beds! Yes, these side areas could open up the possibility for bunk beds on board. While some may be for crew use, there’s likely to be more than just the crew can use. An interesting idea, and one that would go down very well indeed with frequent long-haulers!

What do you make of the MAVERIC? Let us know in the comments. 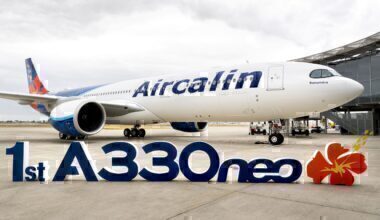 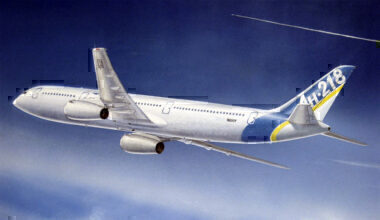