There had been rumours that Airbus would be introducing a larger variant of the Airbus A350, the A350-2000 to compete against the Boeing 777X. These rumours have, however, been snubbed as Airbus spoke out against them yesterday in Toulouse.

Following several years of deliveries, more and more airlines are slowly receiving the Airbus A350. It is proving to be a popular choice as Airbus phases out the A380. Indeed, Airbus sees the A380 as a success for its influence on the A350. However, the new kid on the block, the Boeing 777x is set to offer the A350 some formidable competition.

Additionally, Airbus had originally been offering an A350-800 to accompany the family. However, this was axed after Airbus realised customers would rather purchase the A330neo for that size of aircraft.

Rumours had been flowing that Airbus would build an even larger Airbus A350. The Airbus “A350-2000” would be the largest of the family and could carry the most passengers. Indeed, it would’ve carried over 400 passengers. While not quite as many passengers as the Airbus A380, it would’ve rivalled Boeing’s forthcoming offering.

Next year, Boeing is set to deliver the first 777X aircraft to Lufthansa. The new Boeing 777-9 will be able to carry a total of 414 passengers in a two cabin configuration. With the A380 being discontinued, Airbus will, for the foreseeable future, have no direct competition in place for Boeing’s new aircraft.

Australian Business Traveller was lucky enough to speak to the CEO of Airbus, Guillaume Faury, yesterday in Toulouse. He told them why Airbus is not pursuing a larger A350 to compete against Boeing:

We made the first priority to try to find another way to serve this capacity… we are happy with the A350 (-900 and -1000) so we keep focusing on those versions of the plane.

As far as well can tell, Airbus has no new aircraft launches planned beyond an extra long range version of the A321. However, we do know that Boeing is working on a new aircraft dubbed the 797. There is a possibility that Airbus could surprise us with a new aircraft to match the Boeing 777X’s payload, however, this is likely a long way down the line. Given the amount know about Boeing’s 797, it is unlikely Airbus could keep such a big project a secret.

Do you think Airbus should compete against the Boeing 777X? Let us know in the comments! 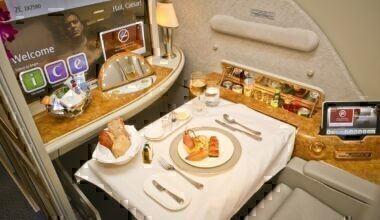 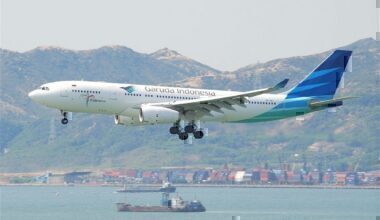 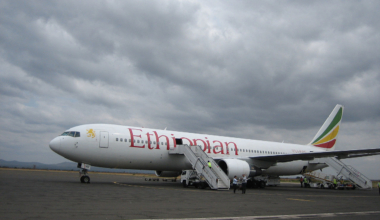