Why Are Jet Bridges Almost Always On The Left Of The Aircraft?

Modern jet aircraft have doors on both sides. But have you ever noticed that passengers almost always board on the left side of the plane? At airports around the world, the design and layout of jet bridges follow this convention. And it’s not just jet bridges; walk across the tarmac to board a plane, and you’ll almost always board via the left side doors. Why is this so?

The aviation industry draws on the maritime industry

Much of the reason for this seems to be buried in historical precedent. The airline industry adopted many of the conventions of the sailing industry. Like on ships, the plane’s left side is called port, and the right side is starboard. While it’s not an absolute rule, historically, ships have been serviced from the right and load or discharge passengers from the left. The aircraft industry has followed this convention. Cabin supplies, such as catering, are invariably loaded through the right side doors, and passengers come and leave through the left side doors.

As aviation kicked into gear in the 1930s and planes became bigger and more complex, aircraft designers almost uniformly adopted the convention. You can see that convention in contemporary planes. Enter via the forward left door on a Boeing 737, and there’s clear space. Over where the forward right side door is the galley and far less space.

There’s another historical tidbit that may be more myth than reality. Back when piston engines were standard, the rotation of piston engines made turns to the left when taxiing easier. That meant the pilot usually sat on the left side of the plane for better visibility when turning. From there, passengers began to board from the left, enabling the pilot to keep a better eye on the process.

Whether there’s truth in that or not, the convention has become standardized. With standardization come economic efficiencies. For example, Boeing 737s are cheaper and easier to build if there aren’t options about which side of the plane the galley goes on. Airports are easier to design if there’s a universal standard for loading and unloading passengers. It’s efficient, it’s practical, it just makes life easier.

Passengers embarking and disembarking from the left was well-established before Frank Der Yuen first invented the jet bridge in 1959. At larger airports worldwide, the jet bridge has become the normal way to board and leave planes. They’re handy for passengers because you don’t have to lug up and downstairs, and there’s no risk of rain ruining your holiday hair.

For airports, jet bridges are a no brainer. They keep passengers off the tarmac. From an occupational health and safety point of view, that’s a big bonus for any airport. The safety angle is enhanced by loading and unloading passengers on one side of the plane and using the other side for service and supply purposes.

Aircraft adapt to the convention

The conventional has become so entrenched it’s not just the cabin interior design conforming to it; aspects of a plane’s external design have also adapted to it.

Jet bridges overcome the safety issues that come with walking across tarmacs. But because jet bridges are far from universal, the separation of left and right makes good logistical and safety sense at airports.

Jet Bridges simply adapted to the convention of boarding passengers on the left, rather than starting it or offering choice. For passengers, it’s a little thing few of us think about, but next time you are killing ten minutes waiting to board a plane, wander past a few gates and see the convention at work.

Have you ever defied the rule and boarded a plane from the right? Post a comment and let us know. 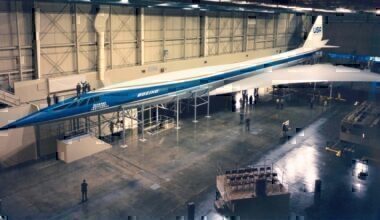 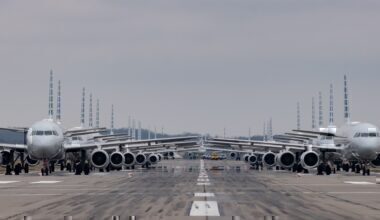 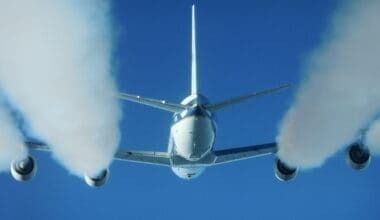 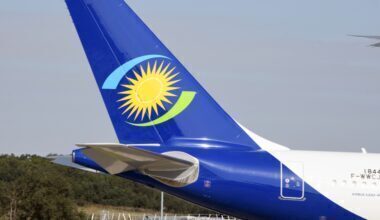 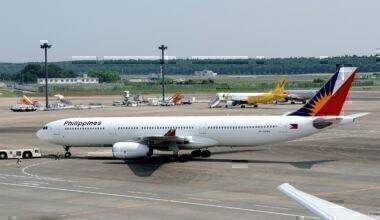 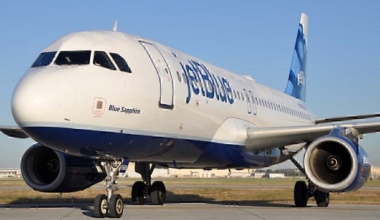