Why Are Aircraft Made Out Of Aluminium And Composites?

What is an aircraft made out of? It would not do the years of research and engineering justice just to suggest ‘metal,’ nor would it be accurate to use words like ‘steel’ or ‘iron’ as these are somewhat absent from aerospace engineering. What elements are best suited for aircraft? Let us explore.

What elements work best for aircraft?

If we were to build an aircraft from scratch, what elements would be suitable?

Airlines need a plane that is durable but strong and, at the same time, light and affordable.

What materials is an aircraft made out of?

Originally planes were made out of wood and cloth. These materials were super light to enable the aircraft to fly on the least amount of power. But as aspirations soared higher (pun intended), airplanes needed to be more durable as well as light. Stress forces at joints became so fierce as speed increased that a wooden plane might crumble like paper-mache.

To achieve the speeds needed for jet-powered flight, aircraft needed to become all-metal. Aluminum proved to have suitable characteristics. It was durable, light, and relatively inexpensive. The metal was also easier to assemble and repair, using machine tools rather than saws and axes. However, like other metals, it did suffer from hazards such as corrosion and stress-fatigue that would pop up after a few years of operation.

Thus researchers developed new aluminum-based alloys like titanium-aluminum to mitigate these issues. Titanium on its own was too expensive for aircraft (although the US Air Force used it for spy planes), but mixed with the more conventional aluminum proved a useful compromise.

A common misconception is that planes use the same materials as ships and skyscrapers, namely steel. Planes are not made out of steel or iron, although modern aircraft do contain some trace elements of both. These materials, while far stronger, are not suitable for flight as they stress at high temperatures (thanks to air resistance) and as they are too heavy.

What is the future of aerospace materials?

Current generation aircraft like the Boeing 787 and Airbus A350 are built from a new type of material called composites. This material mix has many advantages, such as being lighter than aluminum, and has a simple structure that does not fatigue or corrode to elements.

For example, the Boeing 787 structure is:

An added advantage is that a composite structure can mold into any shape.

For example, Boeing constructed the fuselage of the 787 as multiple barrel pieces, as opposed to many smaller aluminum panels that need to be connected later. This more robust frame from composites allows better pressurization and wider openings for windows.

In the future, the aviation industry is looking at materials like polymers and ceramics that are even lighter and have incredible tensile strength. We may also see aircraft constructed entirely out of composite materials (as the US Air Force did with the B-2 stealth bomber) and do away with the elements of the past. As we said goodbye to wood and twine, one day, we may say goodbye to aluminum.

What do you think? What is the future of aircraft materials? Let us know in the comments. 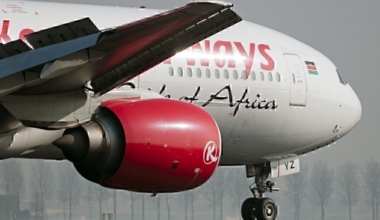 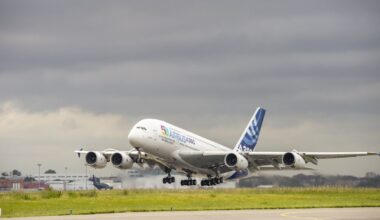 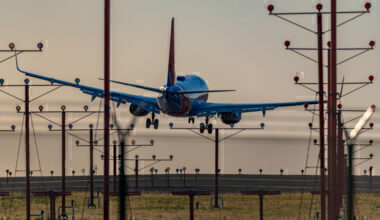 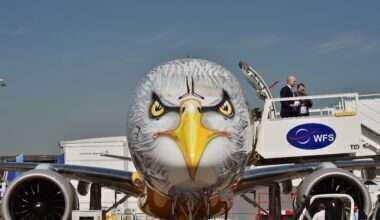