Which Aircraft Have Tail Cameras?

For many passengers, inflight entertainment is a significant factor in deciding which airline to fly with. The ability to sit back and enjoy a film or two inflight can help pass the time on even the longest sectors. However, film and TV are not the only forms of visual entertainment available. On certain aircraft, passengers can also view a live feed from the aircraft’s tail camera. But which planes have this as an option?

Why do aircraft have tail cameras?

From a passenger perspective, the live feed from an aircraft’s tail camera is a compelling form of entertainment. It gives travelers an otherwise inaccessible view of their aircraft inflight, and also provides scale for its sheer size (if it was not already obvious).

However, this is not their primary purpose. Aircraft manufacturers actually began installing external cameras as a pilot aid, rather than a form of entertainment. According to USA Today Travel, their principal function is to assist pilots of larger aircraft when maneuvering their planes on the ground. This is particularly important in cases where the crew cannot see the wingtips.

It is also believed that external cameras would have prevented accidents such as the Kegworth Air Disaster. This crash in Leicestershire, UK in 1989 occurred due to a misunderstanding regarding an engine fire, causing the wrong one to be switched off. With hindsight, had the crew had access to a live visual feed, this mistake may have been avoided.

Which planes feature them?

According to Australian Frequent Flyer, tail cameras are commonly found on Airbus’s more recent widebody designs. These include the A350 XWB series, and the double-decker A380 ‘superjumbo’. USA Today Travel notes that they also feature on the four-engine A340. As far as Boeing aircraft are concerned, it is once again the case that larger and newer widebodies feature such technology. Among the designs that include tail cameras are the 747-8 and 777-300ER.

Due to their smaller size, tail cameras are not considered an urgent necessity on the Airbus A320 and Boeing 737 families. After all, pilots can see the wingtips of these aircraft from the cockpit unhindered. Installing such equipment on older widebodies is not always deemed cost-effective, meaning that they must be parked with particular care.

While tail cameras are a common feature among widebody aircraft, they do not always come as standard. For example, One Mile At A Time reports that they are not a standard feature on Boeing’s 787 ‘Dreamliner’ family.

Even on aircraft where the cameras do come as standard, it is the airline’s decision as to whether it hooks these up to the plane’s entertainment systems. Of course, to do so represents an additional cost, which some carriers may find prohibitive. For example, Australian Frequent Flyer reports that, while pilots on British Airways’ A350s can view the tail camera, passengers cannot.

What do you make of aircraft featuring tail cameras? Have you ever watched a live feed from one, either as a pilot or a passenger? Let us know your thoughts and experiences in the comments! 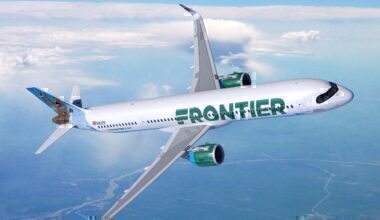 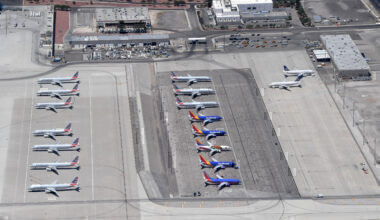 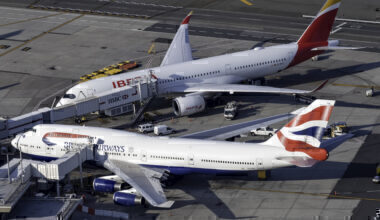 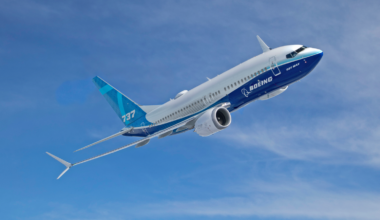